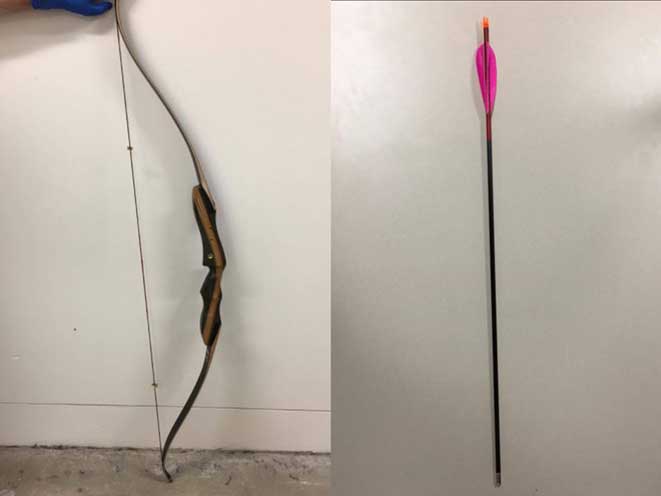 It’s rare that we report on an Australia shooting, but this one caught out attention. An intruder at a home in Sydney, Australia was shot with a bow and arrow by the 68-year-old homeowner he encountered over the weekend.

According to ABC News, the suspect broke into the home located in the Wattle Grove suburb on Sunday afternoon and stole cash, a handbag and car keys. He then went to the garage and got into the car belonging to the homeowner and his wife.

The man started the Nissan X-Trail vehicle and tried to reverse out of the garage. That’s when the homeowner emerged armed with a bow and arrow and confronted the suspect, who then crashed the car into a fence.

The suspect fled from the vehicle and jumped a fence onto a nearby street. As he was running away, the homeowner took aim with his bow and arrow, and fired.

“We believe the arrow may have struck the offender in the buttocks or the lower back region,” Detective Inspector Dean Johnstone said, according to RT.

The intruder managed to get into a parked Mazda Tribute vehicle and drive off. He’s still at large.

Police arrived and seized the bow and arrow as evidence. As RT points out, it is not illegal to own a wooden crossbow in the state of New South Wales — where Sydney is located — nor does it require a license or permit. The owner is reportedly a member of an archery club.

Nevertheless, police are investigating the incident, and have yet to determine whether or not the homeowner will be charged for his actions. 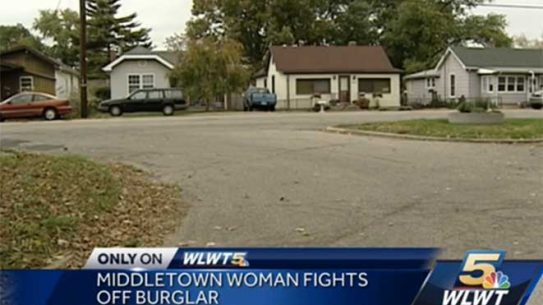 An Ohio intruder was foiled when an armed female homeowner in her 70s used...