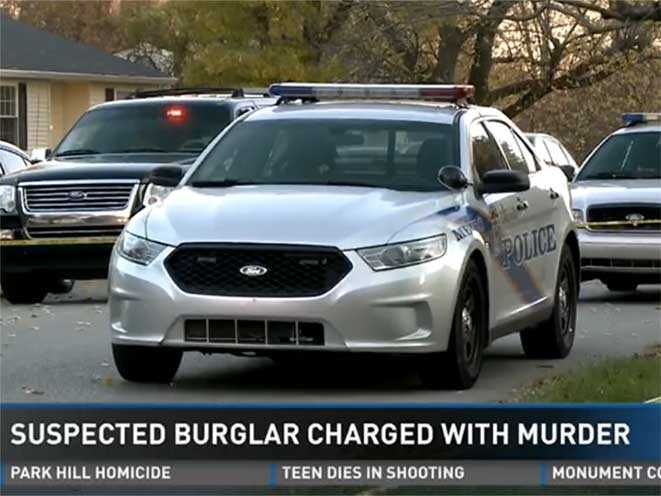 It’s becoming a familiar story: bad guy breaks into home, bad guy gets shot by homeowner. In this latest case takes us to Louisville, Kentucky, where an armed woman squared off against two intruders. Spoiler alert: it didn’t end well for them.

Two men were in the process of breaking into a home located in the 3800 block of Northumberland Drive in the Worthington Hills area just after 3:30 p.m. on Friday, WDRB reported. The female homeowner heard the commotion, grabbed her gun and sprang into action.

Bruce Haddix, the homeowner’s son, described what happened next to WDRB.

“They busted the back window out, and that’s when she stepped out of the hallway and let one shot go and hit somebody, and obviously she got him,” Haddix said.

According to WLKY, the two suspects jumped over the back porch of the home to get away, but one, later identified as 23-year-old Eric Gathwright, collapsed when he hit the ground and died at the scene. The other suspect, Aaron McDuffie, 23, was arrested by police shortly thereafter.

The Louisville Courier-Journal says Gathwright was armed and suffered a gunshot wound to the chest.

The homeowner was uninjured, but her son Bruce told WDRB she is shaken by the incident. He added that he’s glad he made his mother buy a gun and learn how to shoot it a year and a half ago, otherwise this story would have had a much different ending.

Louisville Police said the homeowner wouldn’t be charged in the shooting thanks to Kentucky’s Castle Doctrine law, WHAS confirmed. McDuffie, meanwhile, has been charged with burglary and murder. Because the shooting happened as a result of his and Gathwright’s burglary attempt, he is legally responsible for Gathwright’s death. 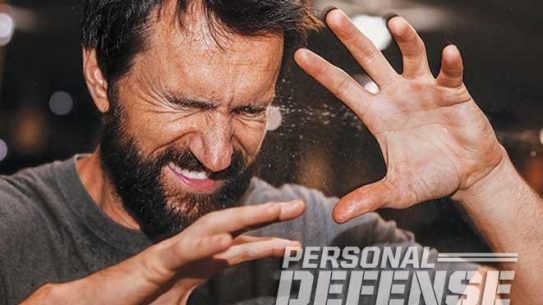 When handled properly, pepper spray can be a very valuable asset and a valuable...