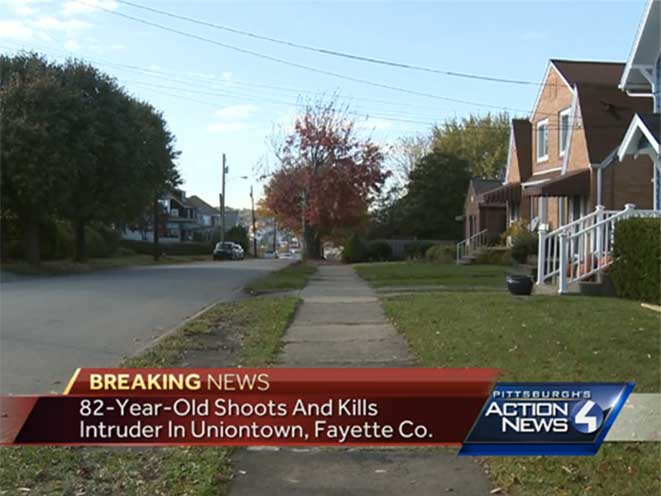 An 82-year-old man shot and killed an intruder with a gun he’s kept on his nightstand for the past 30 years.

WTAE reports that the home invasion incident happened at around 1:30 a.m. in the 100 block of Lenox Street in Uniontown, Pennsylvania. The homeowner was asleep in his room when he was startled awake by the suspect.

“He had a skeleton mask and gloves. He said he demanded money, he told him he didn’t have any money, an altercation started, he grabbed the firearm off his nightstand and fired one shot, and the actor ran out of the house”, says Lt Tom Kolensic of the Uniontown Police Department.

The suspect — later identified as 46-year-old Franklin Schrout — took off from the house after being shot, and died outside in a neighboring yard.

Fortunately, the homeowner only suffered minor injuries. His attitude after the shooting was described by Lt. Kolensic as “remorseful, shook up,” according to the Associated Press.

The homeowner likely won’t face charges, but police have forwarded the case the Fayette County district attorney’s office for review.

As WTAE notes, the homeowner has kept that firearm next to him on his nightstand for three decades now. It’s a good thing he had it there. One never knows when it’s going to come in handy. 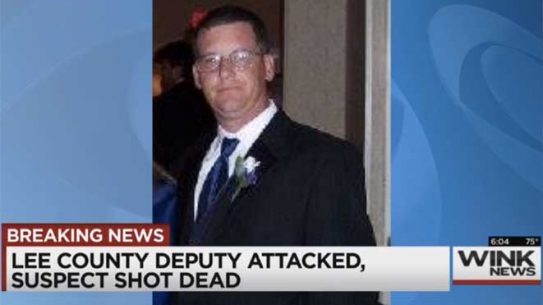 A man with a concealed carry permit in southwest Florida shot and killed a...