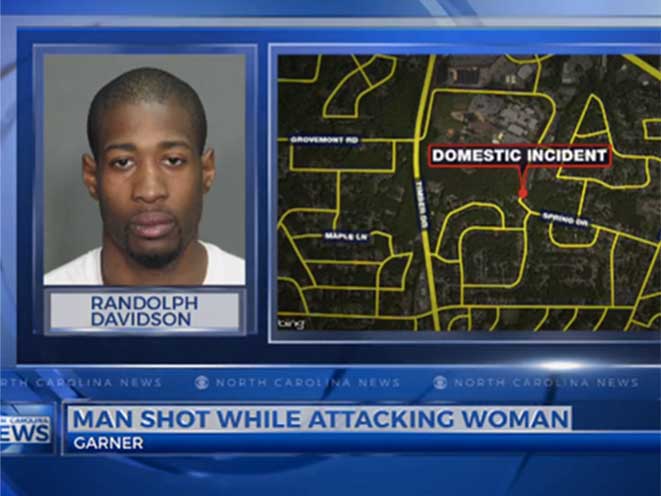 A good guy with a gun shot and killed a man who was violently attacking a woman during a domestic dispute in Garner, North Carolina.

WNCN reports that the 26-year-old female victim was fighting with a man, later identified as 32-year-old Randolph Maurice Davidson, inside her rented apartment just before 7 a.m. on Sunday. The fight eventually spilled outside and into the parking lot of the apartment complex.

That’s when an armed citizen got involved.

“A nearby resident …. heard the screaming and yelling from the assault and came outside his apartment to investigate,” Garner Police said.

“Upon observing Davidson assaulting (the woman), he fired several rounds from his personal handgun, striking Davidson several times. Davidson then ran back into the apartment where police later found him.”

Davidson was taken to an area hospital, where he died of his injuries.

According to WNCN, the female victim suffered multiple stab wounds at the hands of Davidson. She’s now in stable condition at WakeMed ICU after undergoing surgery there.

The good guy with a gun was uninjured. Police continue to investigate, but no charges have been filed against him at this time, and he isn’t in custody. 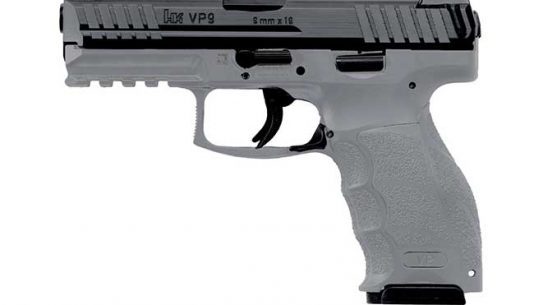 Manufactured using special colorants added to the frame during the molding process, Heckler &...