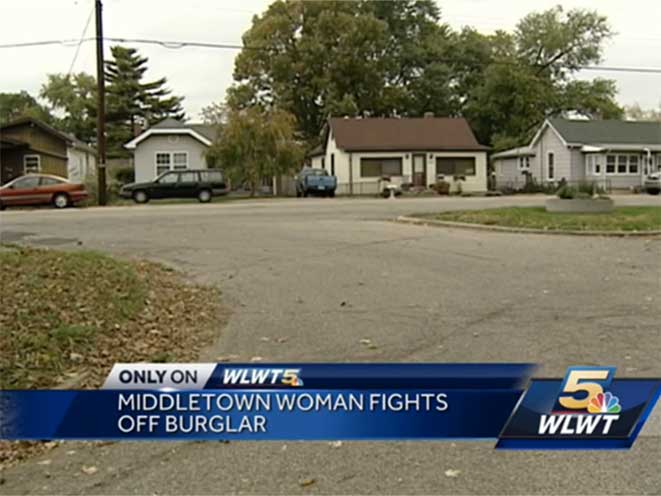 An Ohio intruder got more than he bargained for when the elderly female homeowner used the butt of her gun to fight him off last week.

WLWT reports that Louise Jones was in bed at around 12:30 a.m. last Monday when she heard a suspicious noise coming from her kitchen. She went downstairs to investigate and noticed an arm reaching through the window.

But, as the saying goes, when seconds count, the police are minutes away.

Jones knew she had to act fast.

“I started scratching, digging at his skin, pushing him just knocking the crap out of him with my fists, and he couldn’t get in or out of the window,” Jones said.

Jones then began beating the man with the butt of her gun.

Eventually, WLWT says, the man fled from the home. Police dogs were called to the scene in an attempt to track him, but he remains at large.

Jones, meanwhile, was thankfully uninjured as a result of the incident.

“I don’t ever want to kill a person but if I have to, I will,” she said of using her gun. “And I don’t believe that any woman or young girl that’s being attacked should run. Because she’s going to be killed anyways, I believe she should fight back.” 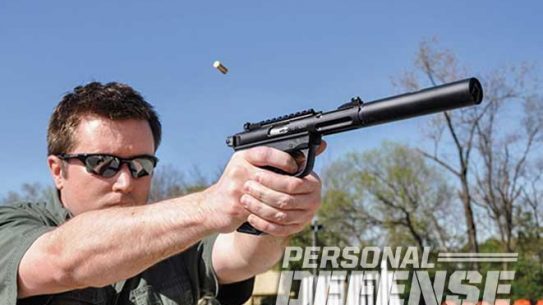 Tactical Solutions offers a Pac-Lite pistol that is based on the Ruger 22/45, a...