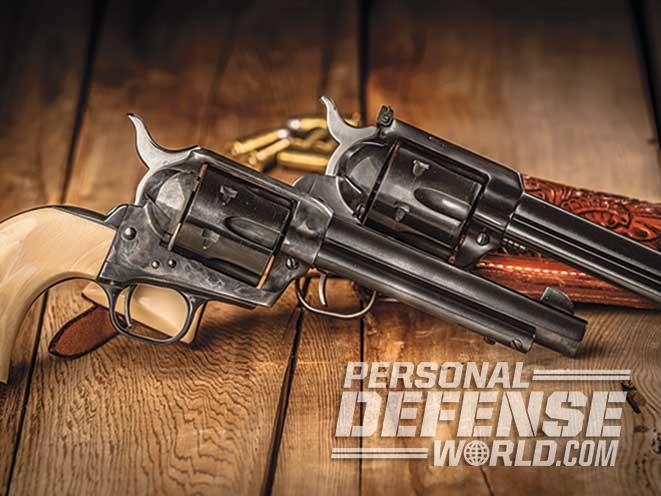 1 of 4
Revolvers: A Great Self Defense Tool
“This declaration isn’t to be construed as a wholesale endorsement of revolvers over semi-autos in general. It’s more of a thought-starter (hopefully) for those looking to pick the right self-defense weapon for their particular situation, especially those individuals who are new to handguns.” 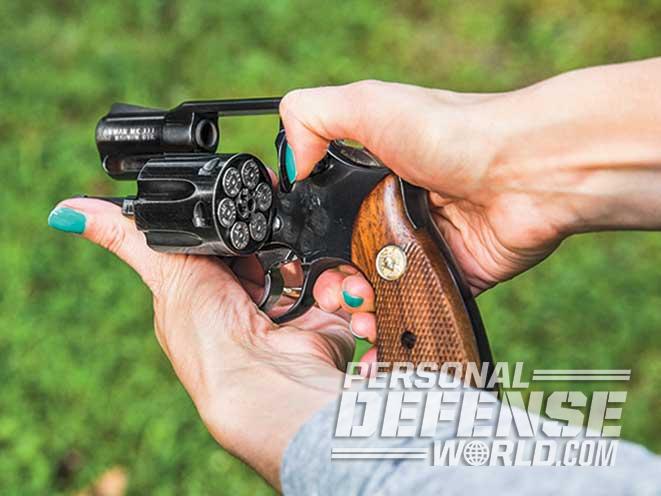 2 of 4
Revolvers: A Great Self Defense Tool
Loading and unloading a revolver is pretty straightforward. Simply hit the cylinder release and swing out the cylider to insert or remove cartridges. Tip the gun backward to quickly unload it. 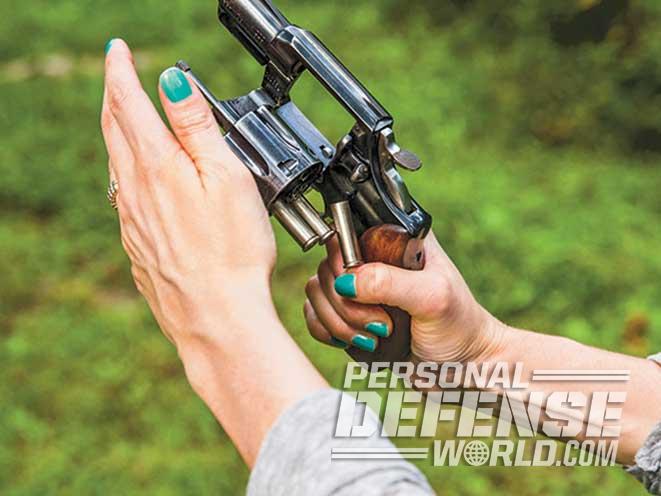 3 of 4
Revolvers: A Great Self Defense Tool
Loading and unloading a revolver is pretty straightforward. Simply hit the cylinder release and swing out the cylider to insert or remove cartridges. Tip the gun backward to quickly unload it. 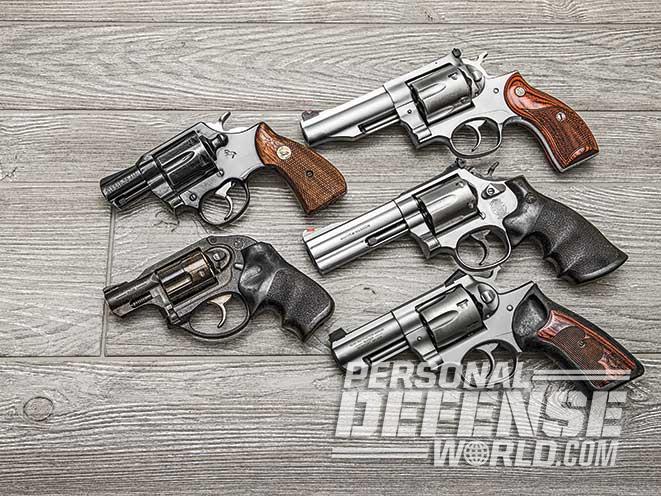 4 of 4
Revolvers: A Great Self Defense Tool
Revolvers are extremely versatile. For example, .357 Magnum wheelguns can fire powerful, hard-hitting .357 loads for self-defese as well as softer-shooting .38 Specials for range practice. 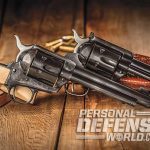 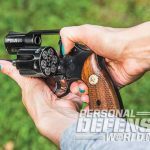 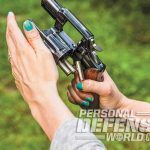 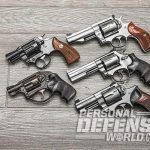 In this world of ever-advancing technology, we have shed ourselves of things from the past, including the kitchen phone with the 75-foot cord and the “cell phone in a bag.” More recently, the last manufacturer of VCRs shut down its production line.

New is better, right? That seems to be the same train of thought working its way through the gun world as well. A large percentage of new gun buyers are completely bypassing once-popular revolvers for semi-automatic pistols. Semi-autos generally have a higher capacity, can be reloaded more quickly and sometimes look pretty sleek. There’s certainly some appeal there, and I’ll be the first to tout the benefits of a modern combat pistol.

However, there are situations that I’ve observed where I felt individuals would have been better served by a revolver as their defensive weapon, rather than the latest semi-auto to hit the shelves. Now, this declaration isn’t to be construed as a wholesale endorsement of revolvers over semi-autos in general. It’s more of a thought-starter (hopefully) for those looking to pick the right self-defense weapon for their particular situation, especially those individuals who are new to handguns.

One of the first things to look at is whether or not a person is physically able to manipulate and utilize their semi-auto proficiently. Not to cast stereotypes about, but there are some individuals that lack the muscle strength (or technique) to rack a slide or engage a slide release. This might be due to age, physical build or disability, or simply due to the mechanics of the firearms itself.

A subcompact .45 ACP pistol was recently released to the market, and it’s a fantastic carry weapon. However, to minimize the thickness of the frame, the slide release was made very small. That release is difficult to engage and requires a good amount of thumb strength during practice or recreational use; one can only imagine its difficulty during a high-stress scenario where there’s a lack of fine motor skills.

Revolvers do not incorporate those types of controls in order to be loaded or fired. You only have to hit the cylinder release button and swing out the cylinder, which is a fairly easy process. Some manufacturers have a cylinder release latch that has to be pressed down or forward or pulled back instead, but they are all equally easy to manage.

This leads to another advantage of the revolver as a defensive weapon: its ease of use. Yes, with plenty of practice, using a semi-auto can become as natural as driving a stick shift, but this article is addressing those gun owners who are new to shooting or never go to the range, and instead leave the firearm in the nightstand.

Even the greenest novice can intuitively figure out how to load and fire a revolver. Other than the trigger and cylinder release, there are no other controls to confuse the process. Semi-autos, on the other hand, can have a number of controls that could either be accidentally engaged or confuse the novice shooter in a life-or death scenario. On revolvers, there are no safety, slide release, magazine release or decocking levers to worry about. This lack of multiple controls simplifies the process. It allows a new shooter to competently engage the target in a much easier fashion.

Using a semi-auto proficiently requires discipline and regular practice. Some will argue that a semi-auto could be loaded and simply be left ready to fire. This is true, but what happens if there’s a misfire or a jam? How will the new or untrained operator get the weapon back into service? With a revolver, the user simply needs to pull the trigger again.

With a 9mm semi-auto, you can shoot 9mm rounds. With a .45 ACP pistol, you can shoot .45 ACP rounds. Getting the picture? The user is locked into whatever caliber that particular pistol was designed to shoot. This isn’t the case with a good number of revolvers on the market.

Like what you’re reading? Check out the rest of this article in ‘Personal & Home Defense’ #187. For information on how to subscribe, please email subscriptions@outdoorgroupmags.com or call 1-800-284-5668. 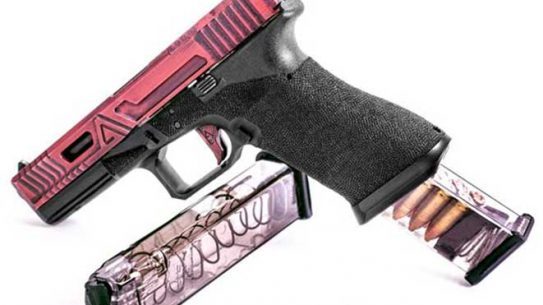