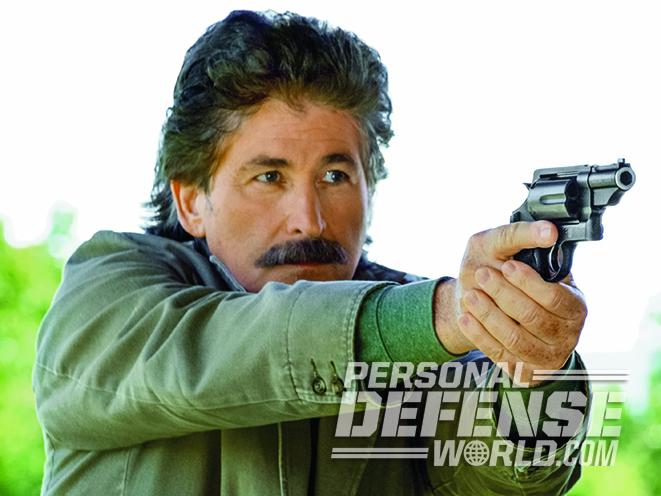 1 of 6
.410 Bore Revolvers
“From buckshot and slugs to stop an attacker to lighter loads to drop a bird, these guns are built for various uses. To me, their primary purpose is plain old fun.” 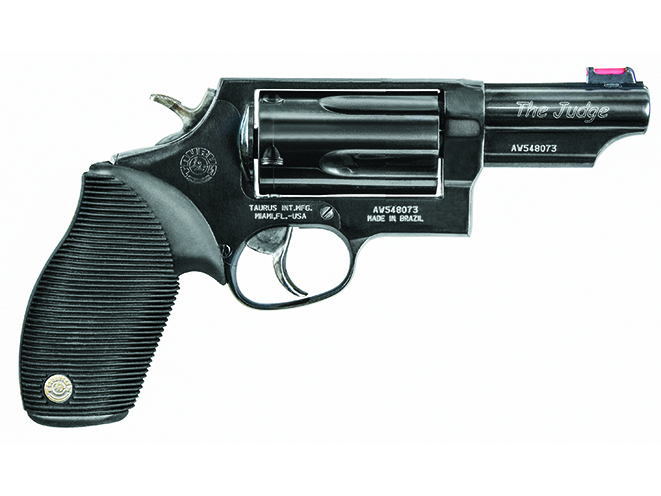 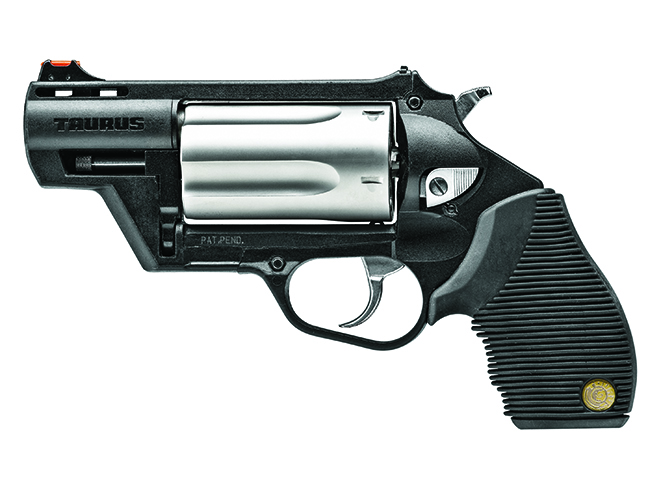 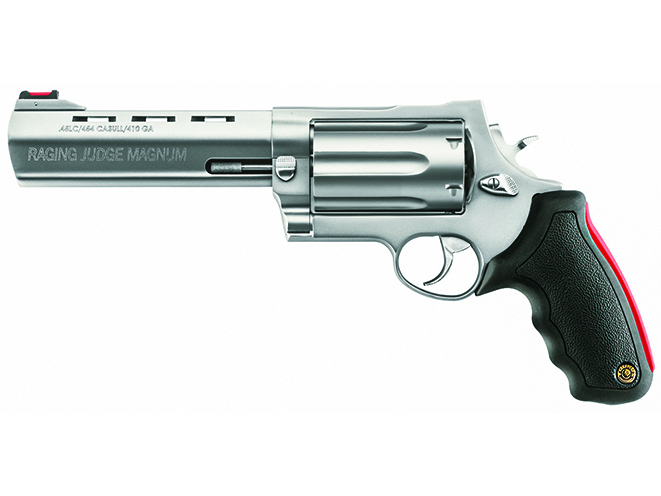 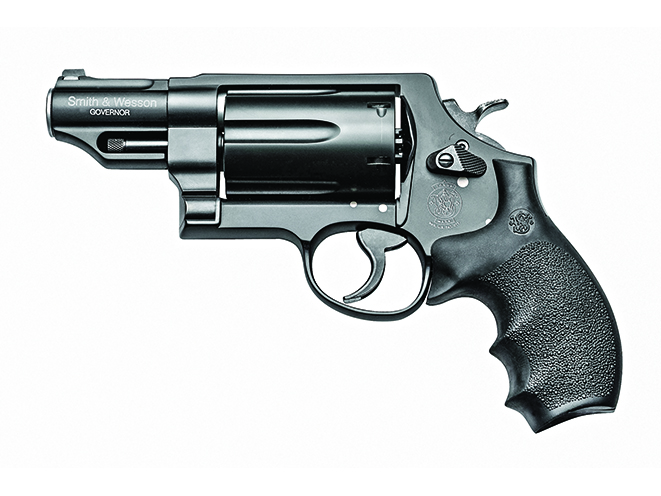 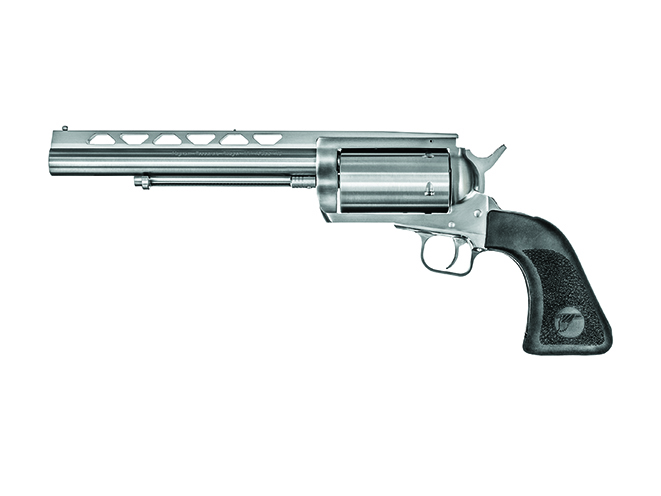 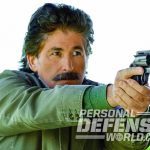 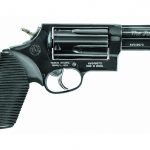 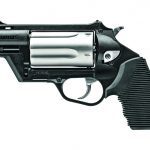 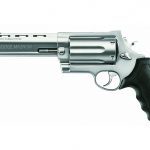 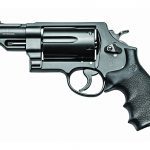 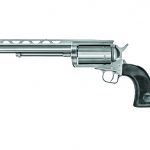 A pocket shotgun might sound like the ultimate in self-defense. In some ways, that’s what you get from a revolver chambered for the .410-bore shotshell. Although these guns are not technically shotguns, and many won’t fit into your pocket, .410 bore revolvers can still be an impressive tool. From buckshot and slugs to stop an attacker to lighter loads to drop a bird, these guns are built for various uses. To me, their primary purpose is plain old fun.

Firing shot from a handgun is nothing new, and many readers might be familiar with some examples. Possibly one of the most unusual examples of a shot-shooting sixgun was actually a nine-shooter called the LeMat revolver.

Although it didn’t use modern shotshells, the Civil-War-era LeMat fired shot and traditional ball projectiles while in the hands of Johnny Reb. A cavalry officer could select from a .42-caliber projectile or a 16-gauge shot load by pivoting the hammer before pulling the trigger. When it fell, the hammer would fire the single projectile from the top barrel or the shot load from the secondary smoothbore barrel that rode under the first.

In more modern times, we’ve seen revolvers that shoot both shotshells and traditional handgun loads from the same cylinder and barrel. In the 1990s, the Thunder Five was sold as a revolver that chambered.410 shells and .45 Colt cartridges. While the five-shot revolver wasn’t a long-term commercial success, it appeared in several movies and might have inspired other guns that followed and enjoyed a greater degree of success.

It appeared that Charter Arms might resurrect the design when the company showed a prototype of the Big Dawg at a trade show in the fall of 2011. The Big Dawg looked very similar to the original Thunder Five, but, to my disappointment, it never went into production.

Another particularly curious, but no longer available, .410 revolver was the single-action Shot Pistol. Also called the M4-410, the gun was loosely based on the styling of the Colt single-action revolvers of the 1800s. It had a short 2-inch barrel and an M4-style “birdcage” flash suppressor. It truly was a clash of eras that fascinated some and horrified others. These guns were shown at the 2012 SHOT Show, but I don’t know how many were made prior to the company pulling the plug on the project. Unfortunately, the company that made these guns is no longer is business.

Currently, there are three companies making revolvers that will chamber .410-bore shotshells: Taurus, Smith & Wesson and Magnum Research. Each has its own take on the concept, and the crew from Brazil easily outpaces the others in terms of variety, with the broadest line of .410 handgun products in its catalog. In fact, some people could make a very good argument that Taurus has defined this category of handguns. (taurususa.com; 800-327-3776)

The Taurus Judge has to be one of the company’s best sellers, and it may be the most successful handgun design introduced in the 21st century. Capable of firing both .410 shells and .45 Colt cartridges, this gun hit the market in 2007. Since then, the company has refined the design and expanded its offerings to include more compact versions aimed at personal protection and bigger models good for taking game. The company’s current lineup shows well over a dozen Judges. It seems Taurus really tapped into an unmet need when it developed the original.

The current Taurus Judge can be had in blued or stainless steel models with a choice of barrel lengths. If length is an issue for concealment, Taurus offers a version that will only take 2½-inch .410 shells (shown). Models with 3-inch chambers are also available.

Since the original Judge was introduced, the company has released a polymer version of the revolver. Dubbed the Public Defender, this gun appears to have been designed from the ground up as a concealed-carry weapon. Taurus scaled the gun down for easier concealment, while the introduction of plastic components shaved weight from the total package. It still manages to pack five rounds into its relatively thin cylinder and can chamber 2½-inch .410 shells in addition to .45 Colt rounds. A red fiber-optic front sight helps with quick aiming in various lighting conditions. This particular model is available with a matte black or stainless cylinder.

The big daddy of the Judge revolvers is the Raging Judge. These beefy guns fire the .454 Casull cartridge in addition to the .410 and .45 Colt. As one might expect in a gun designed for the .454 Casull, the Raging Judge has a heavy frame, recoil-absorbing rubber grips and a double lockup system on the cylinder. For someone venturing into bear territory, this gun might be a good choice for backing up a rifle. The .454 Casull is good enough to put down an angry bear, yet the .410 shotshells can be used to take small game for food. Aside from the 6.5-inch-barreled model shown, Taurus offers a version with a shorter 3-inch barrel.

Not willing to cede part of the revolver market to Taurus, Smith & Wesson launched its own .410-gauge revolver at the 2011 SHOT Show. With the Governor, the company upped the ante and brought a new caliber to the table: the .45 ACP. As with the other modern .410 wheelguns, the Z-Frame gun will also shoot the .45 Colt cartridge. From the standpoint of sales, the .45 ACP is far more popular with shooters than the .45 Colt. Adding compatibility with the third cartridge would certainly seem to increase the potential appeal of this gun.

With the included full-moon clip, you can drop six rounds of your favorite .45 from John Moses Browning’s classic gun right into this revolver. Or, using the two round partial clips that are also included, you can add a few rounds of the .45 ACP along with .410 shells and .45 Colt rounds. Smith & Wesson markets this as the “Mix Six” advantage.

Smith & Wesson went with its semi-exotic scandium alloy for the Governor’s frame. While very strong, the scandium alloy is also very light. Even with the large cylinder and underlug, these guns weigh less than 30 ounces unloaded. Experienced shooters will have no trouble managing the recoil of this fairly light gun.

The Governor is not wanting for quality features. On top, the company uses a tritium front sight for low-light visibility when aiming. The sight is dovetailed, so you can upgrade to another sight should you ever find the need. As an option, the company also offers a Governor with Crimson Trace Lasergrips. The grips are activated when you take a solid firing grip on the gun. This eliminates any fumbling about with small switches to activate this supplemental aiming tool.

For my money, the Governor looks and feels better than the comparable Judge offerings from Taurus. But the Smith & Wesson revolver also commands a higher price, close to $900 for the base model, which might put it out of the reach of some people considering a .410-gauge revolver.
(smith-wesson.com; 800-331-0852)

Magnum Research’s .410/.45 Colt BFR, officially the BFR45LC-410, is a completely different gun than the offerings from Taurus and Smith & Wesson. It is specifically designed as a hunting handgun, not a combat arm. Even though it is not a defensive-minded revolver, it could be pressed into service as one if need be. However, it is not something you are going to carry concealed. It is a really big gun.

This gun is part of the company’s Big Frame Revolver (BFR) line that includes wheelguns that shoot heavy-recoiling rounds such as the .30-30 and .45-70. According to the company, these guns were designed from the ground up to handle hard-hitting calibers, so they are more than tough enough for the .410 shotshell.

Like the other modern .410 bore revolvers, the BFR45LC-410 can also chamber the .45 Colt cartridge, though I would imagine few will shoot the more traditional revolver round through this gun. Let’s face it: Most people are looking at this gun for its ability to throw shot, not shoot a standard revolver round. There’s nothing wrong with that. Shooting is fun, and no one should ever have to justify their reasons for liking any caliber or gun over another in the context of recreational shooting.

The BFR uses a modified choke that is removable. In most cases, this should give you a respectable pattern at about 30 yards. As with a shotgun, you would want to take the BFR to the range and check your preferred load on paper before heading out to the field. If you plan on shooting slugs or .45 Colt rounds, you need to remove the choke to ensure you do not damage the gun.

Magnum Research states the gun is great for hunting. Any gun that is good for taking grouse or dove should be good for breaking clays as well. As odd as it might seem to shoot trap with a handgun, I imagine it might be a real hoot. The BFR might not be a competition gun, but it can certainly provide you with a fun afternoon of knocking down clays. (magnumresearch.com; 508-635-4273)

This article was originally published in ‘Complete Book of Revolvers’ #189. For information on how to subscribe, please email subscriptions@outdoorgroupmags.com or call 1-800-284-5668. 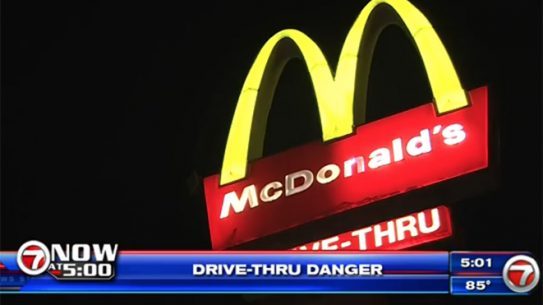 A concealed carrier pulled out his 9mm Glock pistol and shot a man who...