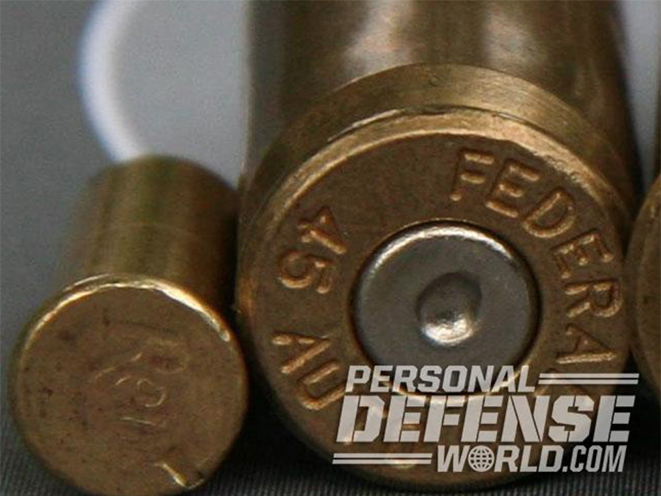 The NSSF‘s lawsuit challenging California’s controversial microstamping law will move forward, a little over a year after being dismissed.

The Microstamping law requires guns sold in California to have a the make, model and serial number micro laser-engraved on the firing tip and breech face of a semi-auto handgun; information which would then be imprinted on the cartridge casing when a pistol is fired. It’s essentially a ballistic fingerprint. The law went into effect in May 2013.

In January 2014, the NSSF and the Sporting Arms and Ammunition Manufacturers’ Institute (SAAMI) filed a lawsuit in Fresno Superior Court seeking an injunction to block enforcement of the law, arguing that the technology for microstamping is unproven, unreliable and impossible to achieve.

The Fresno Superior Court dismissed the lawsuit in 2015, but now that decision has been reversed by a California Appellate Court. The case is being sent back the lower court to hear arguments.

“We are pleased by today’s ruling because it means we will now be able to prove in court that this ill-considered law must be enjoined because it is literally impossible to comply with its requirements, and the law never requires the impossible. We have long maintained that this nascent, unproven and unreliable technology should not have been mandated. When we ultimately prevail in this case, law-abiding consumers in California will once again be able to purchase new models of pistols this law currently prevents our industry members from selling in the state,” Lawrence G. Keane, NSSF Senior Vice President and General Counsel, said in a statement.

As Guns.com points out, California has a roster of approved handguns under the 2001 Safe Handgun Act. Right now, there’s 770 models on the list, but that list is getting smaller as more manufacturers refuse to sell their guns in California as a result of the microstamping law. Over 350 models have dropped off the list since January 2014.

“There is no existing microstamping technology that meets the requirement of this ill-considered law. It is not technologically possible to microstamp two locations in the gun and have the required information imprint onto the cartridge casing. In addition, the current state of the technology cannot reliably, consistently and legibly imprint on the cartridge primer the required identifying information from the tip of the firing pin, the only possible location where it is possible to micro-laser engrave the information,” said Keane. 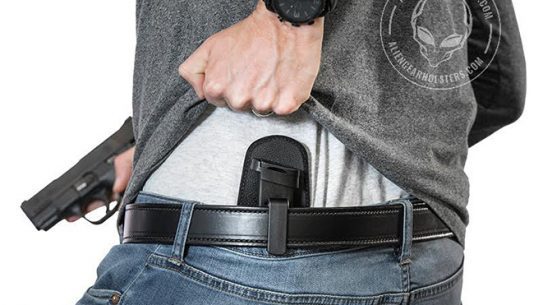 The Alien Gear Cloak Mag Carrier is a comfortable magazine holster capable of being...