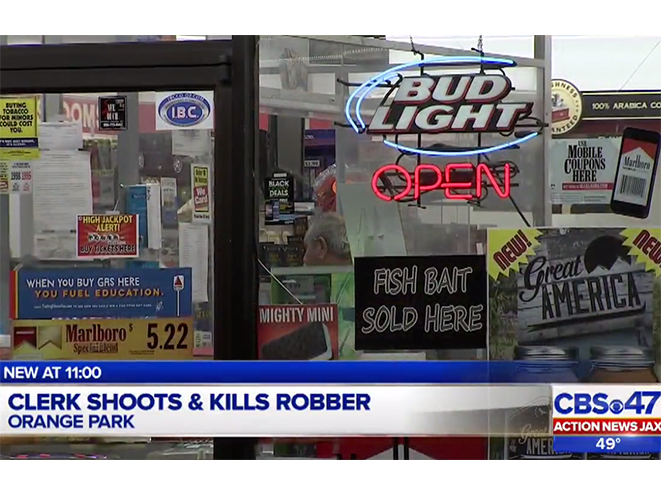 Florida concealed carry to the rescue. A store clerk in the northeast area of the Sunshine State shot and killed an armed robber over Thanksgiving weekend.

Deputies with the Clay County Sheriff’s Office confirmed that a man identified as 29-year-old William Smith walked into Prime Stop Food Store in Orange Park at around midnight on Saturday, wearing sunglasses.

Smith drew a handgun, pointed it at the clerk and announced a robbery.

As we’ve seen time and time again, armed citizens are increasingly ready and willing to fight back. The clerk, who has a valid concealed carry permit, quickly grabbed his own gun and opened fire, shooting Smith.

Smith fell to the ground inside the store next to his handgun, and he was pronounced dead at the scene.

Smith’s family says this was the last, sad chapter in the life of a man addicted to drugs.

Smith’s mother, Tamara Cartrette, echoed those sentiments, adding that her family doesn’t blame the store clerk for defending himself.

“We have no ill will against the person that felt they had to retaliate because he had the gun,” she said. “Our heart goes out to that family also.”

Surveillance cameras reportedly captured the incident, but none of the footage has been released publicly. Based on everything we know about this case so far, it doesn’t sound like the clerk will be charged in the shooting. 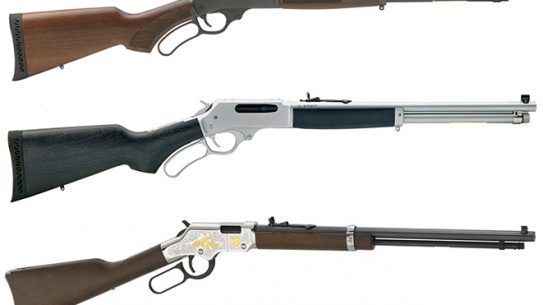