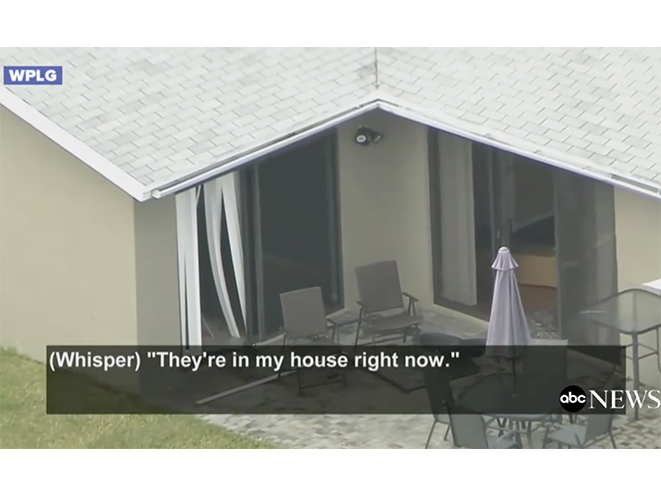 A homeowner shot and killed one of three intruders during a botched Florida home invasion; an incident that was recorded on the homeowner’s 911 call.

31-year-old Warren Darlow was at his home in Sunrise, Florida when he saw a car pull into his driveway. He then witnessed three men he didn’t recognize get out of the vehicle and approach the house. One suspect knocked on the front door and rang the doorbell, while the other two jumped the gate into the backyard.

“Fearing the suspects were going to break into his house, Darlow armed himself with a shotgun,” the arrest affidavit says.

Darlow loaded the shotgun and dialed 911. While he was on the phone with the dispatcher, he heard the sound of a glass door shattering.

“They’re in my house right now,” Darlow whispered to the dispatcher.

Darlow told police he keeps a handgun on each nightstand in his bedroom. Worried the intruders would find and take one of these guns, he acted.

One of the suspects, 21-year-old Albert Eugene Jones, entered through the glass door and came face-to-face with Darlow.

On the 911 call, Darlow can be heard firing his shotgun three times. The first shot missed, the affidavit says. Jones started to flee, but Darlow says he turned around. So he fired again. This time, Jones was hit. Darlow told police he then fired a third time after he saw Jones reaching for something.

“I killed one, I think,” Darlow told the dispatcher. He stayed on the phone and waited for police to arrive.

By the time police got there, the other two men had fled the scene. Police later stopped two men who fit the description given to them by Darlow. They were positively identified and arrested.

Jose Coleman, 23, and Curtis Jefferies, 26, have been charged with “homicide-willful kill-murder while engaged in certain felony and burglary-dwelling structure or conveyance armed,” ABC news said.

Jefferies has a rap sheet that includes a five-year stint in prison for burglary and grand theft, the Sun-Sentinel reports.

Police said Darlow won’t be charged with the shooting. 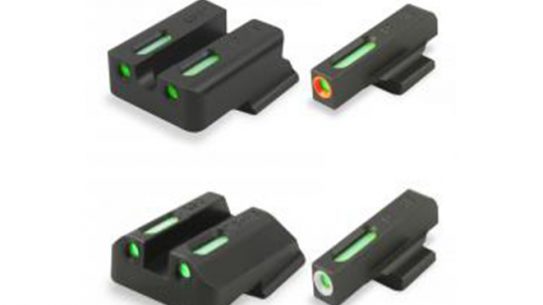 TRUGLO's TFX & TFX PRO sights are compatible with both the 9mm and .45ACP...