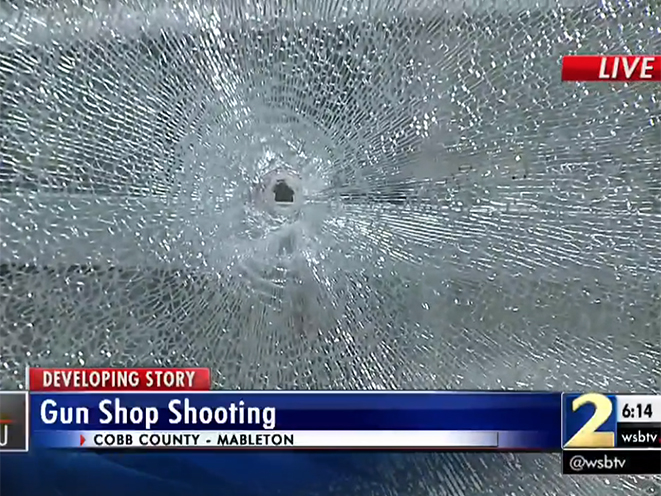 It’s generally not a good idea to try and rob a gun store, yet two bad guys attempted to do just that, with disastrous results: one was shot and killed by the store owner, while the other is now wanted by police.

Dixie Gun and Pawn, located in Cobb County, Georgia, had just opened up the day after Christmas when two men wearing ski masks and armed with guns charged in at around 11 a.m.

“They said ‘get down on the floor or I will kill you’ and they shot at me,” Groover said. ” I had no other choice.”

The quick-thinking Groover drew his own gun and opened fire, shooting one of the suspects.

The second suspect fled the scene in a silver Dodge Magnum. He’s still at large.

Groover, his employee, and the two customers in the store at the time were all thankfully uninjured. But Groover is still shaken by the incident.

“It’s a tragedy for everyone…” Groover said. “I’ve been in business 30 years and this has never happened. I never wanted this to happen but I want to go home at night too.”

The search is on for the second suspect. Police are reviewing surveillance footage in hopes that they’ll be able to make a positive I.D.

“It’s just amazing to see someone try to come into a gun store to rob a gun store. I mean, that was a really un-thought-out plan,” customer Terrance Coner said. 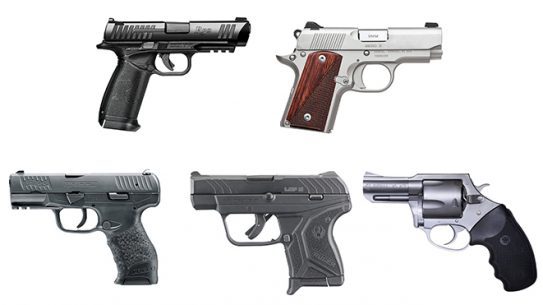