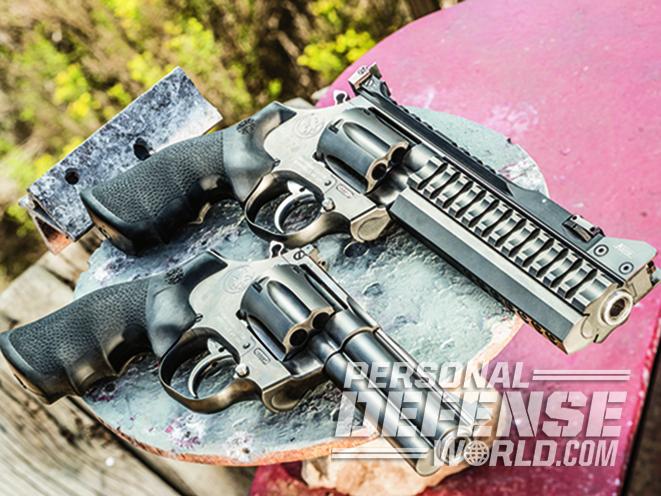 1 of 6
Nighthawk-Korth Revolvers
“After several trips back and forth across the big pond we call the Atlantic, Martin, Mark Stone, the owner/CEO of Nighthawk Custom, and Travis Noteboom, the vice president of sales and marketing for Nighthawk, reached an unprecedented agreement to import Nighthawk-inspired Korth revolvers into the United States.” 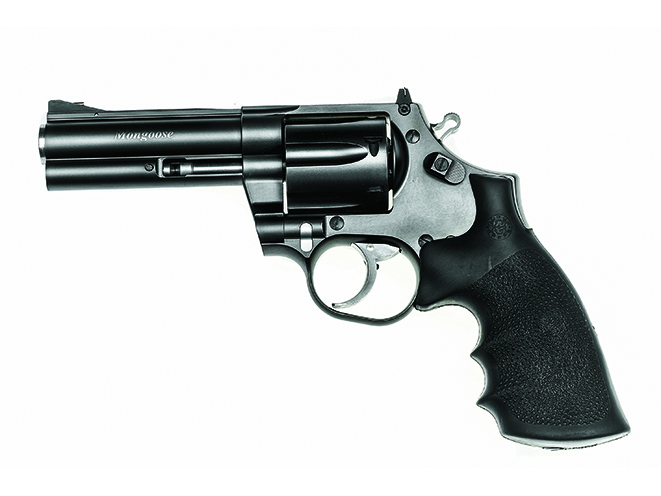 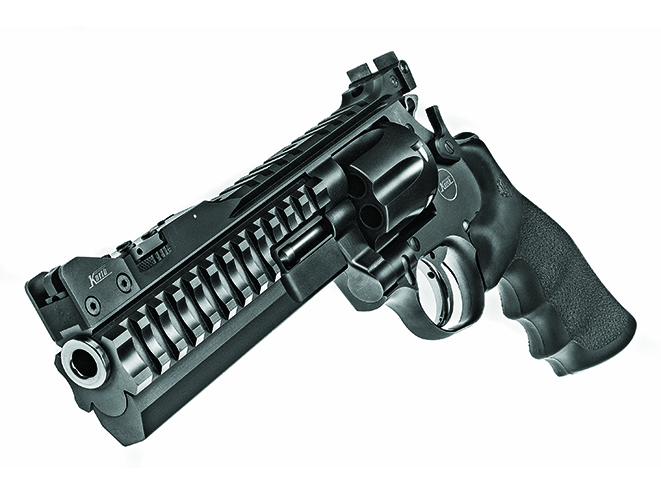 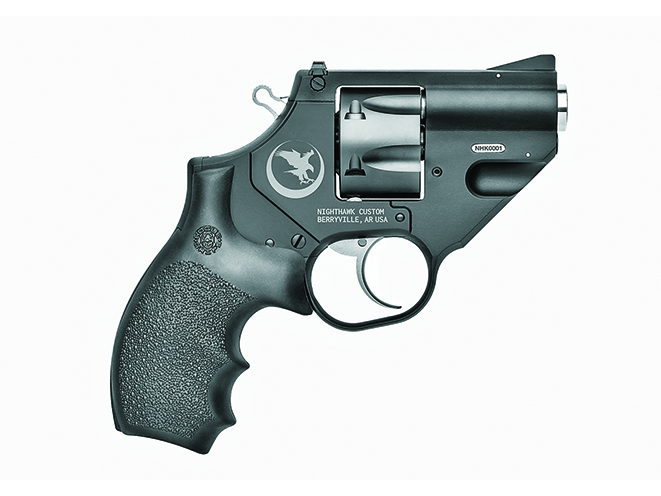 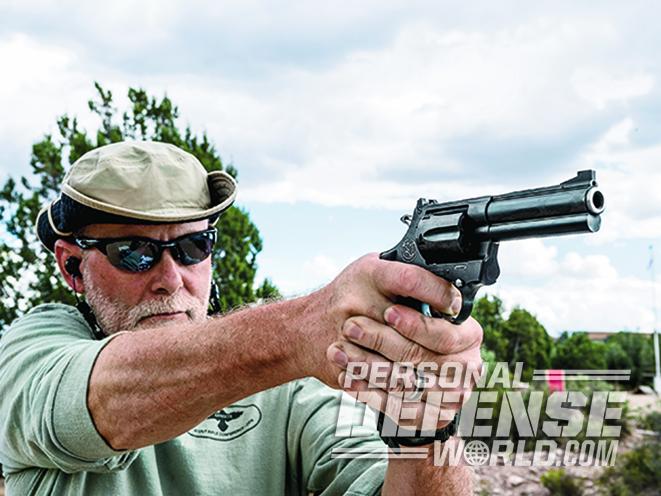 5 of 6
Nighthawk-Korth Revolvers
At the Gunsite Alumni Shoot, the author takes aim with the Nighthawk-Korth Mongoose, which has a hand-filling Hogue grip with finger grooves for superior comfort and control. 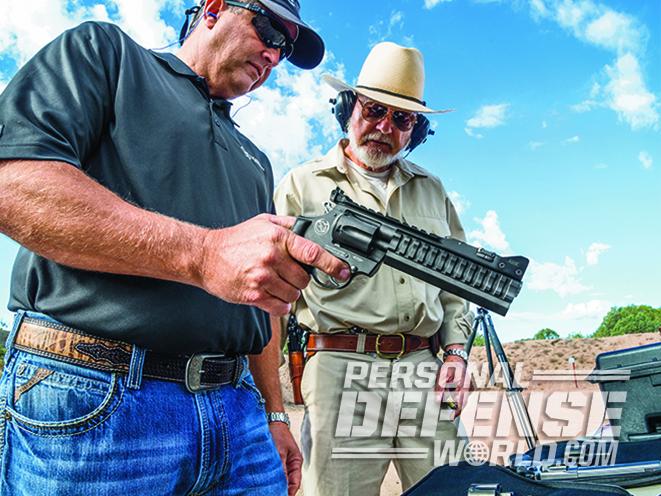 6 of 6
Nighthawk-Korth Revolvers
The Super Sport’s five-way adjustable “Roller” trigger is its most awe-inspiring feature. 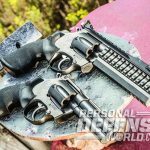 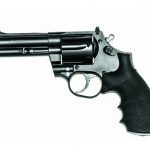 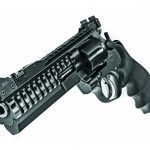 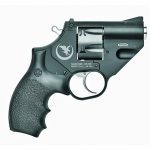 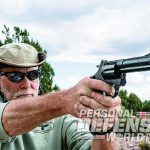 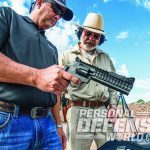 In today’s world of robotic-driven, high-tech machining and polymer molding, good guns can be had at very reasonable prices. However, if you want perfection, obtaining that last 15 to 20 percent of excellence requires hours of work by skilled hands that you only find attached to a few select humans. Nighthawk Custom is an established source for handgun perfection in the form of the 1911, and now the company is bringing American shooters a selection of revolvers just as remarkable.

At the 2016 SHOT Show, a delegation from Nighthawk Custom met with the owners of Korth. Since the 1950s, Korth has been the premier revolver manufacturer in Europe. These marvelously machined wheelguns are built just north of Frankfurt, Germany. The company was started by Willie Korth, and that is where the legend begins. But the Korth company was a eventually sold and then bankrupted by a son of royalty. Eventually, Martin Rothmann and his brother, Andreas Weber, purchased Korth and redirected the company, returning it to the precision revolver-building roots it was founded on.

After several trips back and forth across the big pond we call the Atlantic, Martin, Mark Stone, the owner/CEO of Nighthawk Custom, and Travis Noteboom, the vice president of sales and marketing for Nighthawk, reached an unprecedented agreement to import Nighthawk-inspired Korth revolvers into the United States.

On Oct. 1, 2016, I spent several hours in a car riding from Phoenix to Paulden, Ariz., with Martin Rothmann. We were en route to Gunsite’s 40th Anniversary Alumni Shoot. During the ride, it became clear that Martin held German engineering in high regard, and we talked about the fact that every single one of the Korth revolvers — just like every Nighthawk 1911 — are built by one gunsmith. This means that, for the life of the handgun, that builder’s name is associated with it. The concept helps build pride in craftsmanship and circumvents the problematic issues associated with assembly line builds.

As for the Gunsite Alumni Shoot, Nighthawk had arranged to sponsor a stage and had tapped me to help orchestrate the endeavor. Martin and a box full of his famous ­revolvers were there because the competitors would be using his guns to shoot the stage. He and Nighthawk were anxious to see the reaction of seasoned Gunsite Academy graduates when they handled and fired meticulously crafted revolvers built to the same standards of Nighthawk’s highly regarded 1911s.

The first time I pulled the trigger of one of the Nighthawk-Korth revolvers, a smile of wonderment crossed my face. If you are a revolver kind of person at all, you know what to expect when you pull a revolver’s trigger—even the trigger of a “worked” revolver. But I was not ready for what I felt. It was not like any trigger action I’d felt before on any type of firearm. Pardon the amateurish analogy, but it can best be described as pushing your finger through butter-laced molasses; there was no stacking, no grittiness, no nothing you would expect. You apply pressure, the trigger effortlessly moves, and the gun goes bang.

That same look of wonderment was what I witnessed as the competitors worked through the Nighthawk stage at the Gunsite 40th Anniversary Alumni Shoot. A few even commented that a trigger like the one they had just pulled is not even possible. But of course it was—they pulled it, the gun when bang, the steel rang, and they smiled.

Of course, these revolvers are not just about good triggers. They are built with parts that are fully machined in-house. None of the parts used in Korth revolvers are stamped, cast or metal-injection molded (MIM). From the outside, these guns looks like quality firearms, but it may be what you cannot see that matters most. You have to remember that Willie Korth engineered his revolvers to be perfect from the beginning—they are not revised, improved, updated or customized handguns. That’s why they are so coveted in Europe. I suspect they will be soon regarded with the same awe and wonder here as more and more shooters get to see and feel what that additional 15 to 20 percent of perfection means when it comes to a revolver.

Nighthawk will be importing three Korth revolvers that have been configured to Nighthawk’s specifications. The first and what I suspect might become the most popular is the Sky Hawk. This is a compact six-shot revolver chambered for the 9mm but neither half-or full-moon clips are required. Every part of the Sky Hawk is machined from a billet of steel or aluminum, and it is available with either a 2- or 3-inch barrel. This revolver comes standard with a gold bead front sight, Hogue grips, a DLC-coated frame, a TSA-approved travel case, a cleaning rod, a grip-removal tool, lubricating oil, a lanyard and a proprietary speedloader.

Like what you’re reading? Check out the rest of this article in ‘Complete Book of Revolvers’ #189. For information on how to subscribe, please email subscriptions@outdoorgroupmags.com or call 1-800-284-5668. 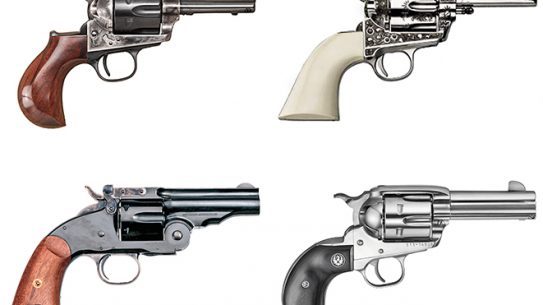 These 10 classic-styled short-barreled revolvers are chambered in powerful calibers, making them excellent self-defense...