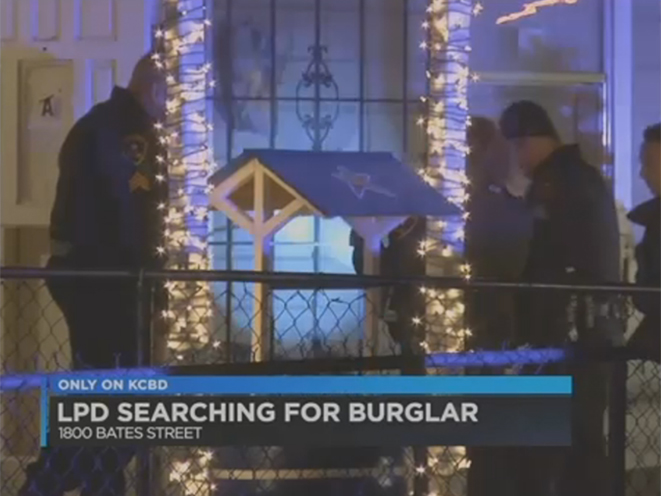 An attempted Texas home invasion ended with one suspect in the hospital and another on the run thanks to the actions of the armed homeowner.

The homeowner’s brother told police he heard a knock at the door at around 2:25 a.m. last Monday. He asked who was there, but got no response. He said he then heard a second knock, followed up by multiple shots fired and the door being kicked in.

In fear for his life, the homeowner’s brother crawled into the kitchen. One of the suspects caught up to him and started to beat him with the butt of his gun.

At this point, the homeowner woke up from the noise and went to the kitchen to see what was going on. Once he witnessed his brother being beaten, he went to his bedroom, told his wife to call 911 and then headed back to the kitchen, this time with his gun.

The homeowner opened fire, shooting the man who was beating his brother in the back. The second suspect fled the scene.

The two brothers held the wounded suspect until police arrived. He was taken to a local hospital with non-life-threatening injuries. The victim’s brother was also treated at the hospital and is expected to recover.

The bad guy has been identified as 27-year-old Adrian Lee Hernandez. He’ll be charged when he recovers.

The second suspect, identified only in the local media as a hispanic male, is still at large. 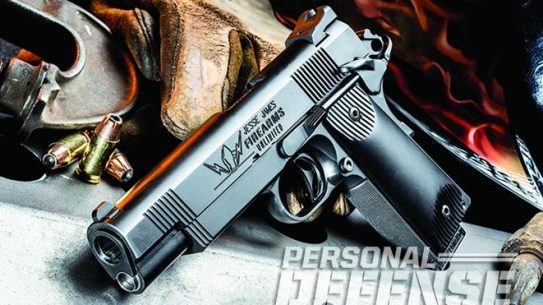 Take a ride with Jesse James and his custom, rock-solid Cisco .45!