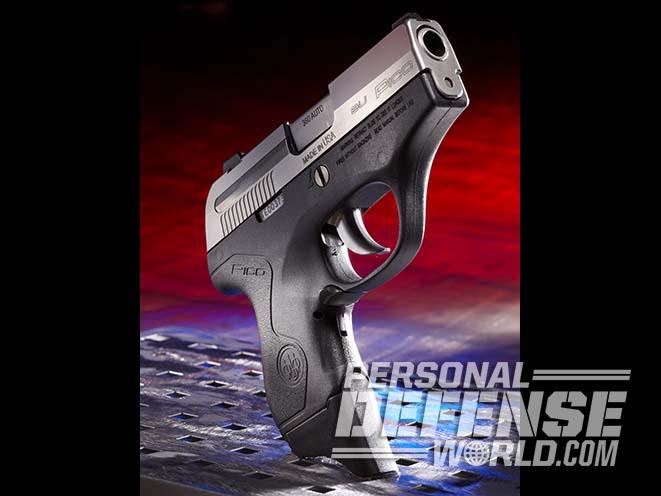 1 of 10
Beretta Pico
The Beretta Pico is an extremely thin.380 ACP—a mere 18 millimeters at its widest point. Of course, the Pico is not just a .380: With a simple change of the barrel, this truly modular micro-pistol becomes a .32 ACP. No mere novelty, the Pico is a sleek, snag-free, soft-shooting double-action pistol perfectly suited to deep-cover carry. Customers have the option of adding an integrated LaserMax laser grip frame, and there’s a wide range of frame colors from which to choose, including Flat Dark Earth, purple and white. 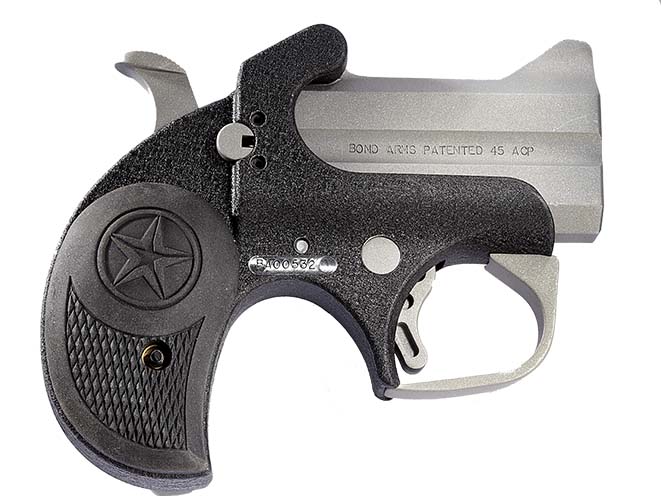 2 of 10
Bond Arms Backup
Taking the classic backup derringer concept into the 21st century, the Bond Arms Backup features a low-profile black crinkle powdercoat finish on the frame mating up with a matte-finish on the twin barrels. Weighing in at 19 ounces, the Backup measures 4.5 inches in overall length and is a slim 1.19 inches in overall width. And, like all Bond Arms designs, 20 different barrels (including the .410 gauge/.45 LC) will interchange on the Backup’s frame. 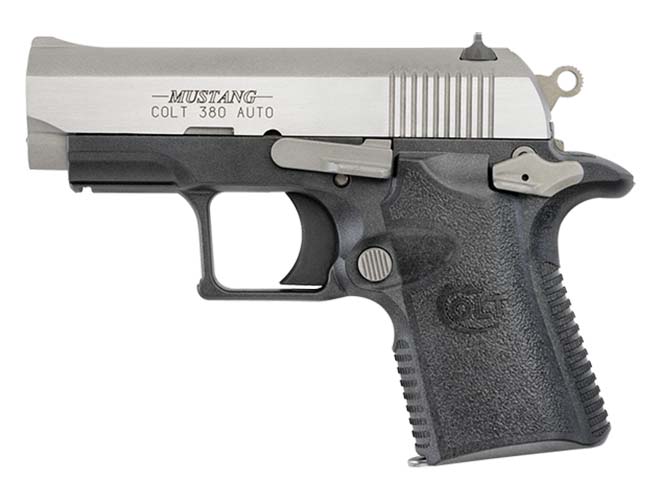 3 of 10
Colt Mustang LITE
Colt brought the .380 caliber to life in 1908, extinguished it in 1940 and then resurrected it, first with the .380 Government Model Series 80 in 1983 and then the Colt Mustang in 1986. The latest version is the Mustang Lite, introduced in 2015. The newest version of the Mustang sports a polymer frame with an accessory rail suitable for a small laser, a squared-off triggerguard, a larger grip profile, an ambidextrous safety, improved sights, rough-textured checkering and an undercut triggerguard. In other respects it is the same great single-action Mustang with a 6+1 capacity, a 2.75-inch barrel, a length of 5.5 inches, a height of 3.98 inches and light weight of only 11.5 ounces. 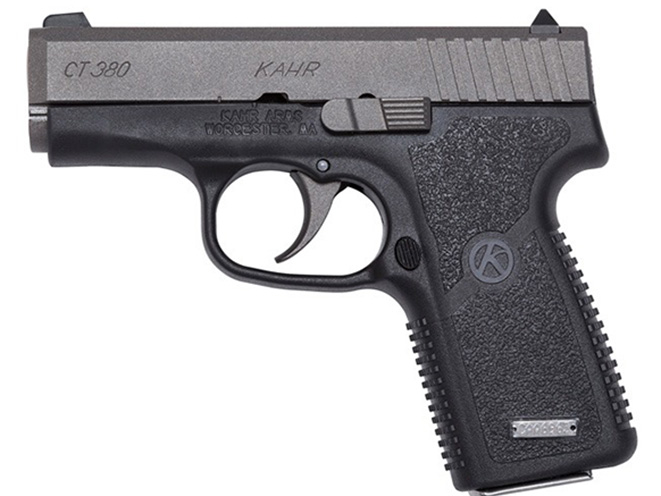 4 of 10
Kahr CT380 Tungsten
Kahr has recently added a new and distinctive coating to its ever popular CT380 and smaller CW380 pistols—a dark graphite gray color called Cerakote Tungsten. Cerakote is a surface finish with a ceramic base that provides outstanding hardness, as well as abrasion and corrosion resistance and lubricity to aid in a firearm’s operation, especially semi-automatics. With less lubrication needed, less dust and dirt will accumulate on your firearm. The Cerakote finish is applied to the slide and slide stop. Both the CT380 and CW380 are chambered in .380 ACP and feature polymer frames with interior molded 4140 steel inserts, which add stiffness and durability to the frame. The grip on both also features texturing on the sides and aggressive checkering on the front- and backstraps for a firmer hold. 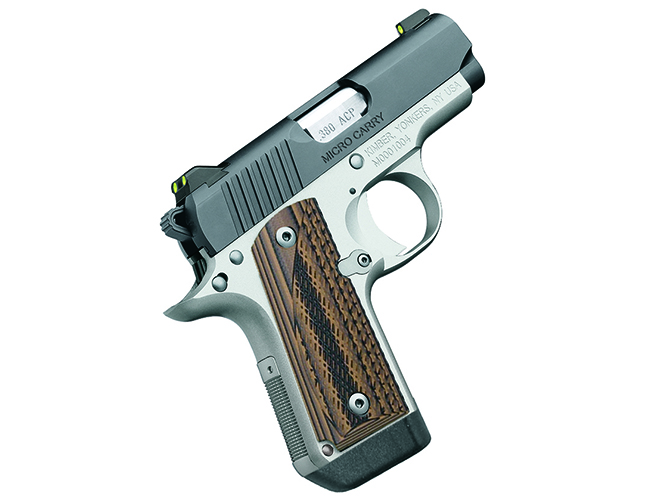 5 of 10
Kimber Micro Advocate
An extended magazine is standard on the Carry Advocate. This offers the user a slightly longer grip when shooting and adds an extra round to the gun’s overall capacity. The checkered G10 grips, available in either brown or purple, also aid in overall accuracy by allowing the shooter a positive grip in any environment. The Carry Advocate comes equipped with tritium three-dot night sights and features Kimber’s Carry Melt treatment. 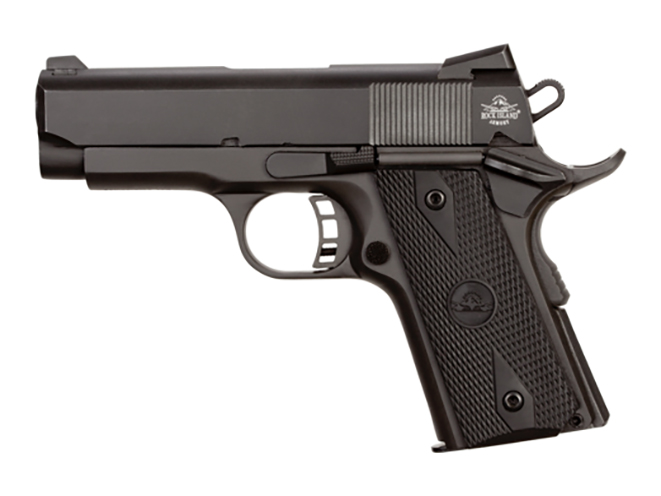 6 of 10
Rock Island Armory Rock Standard CS
Rock Island Armory proves that the 1911 platform doesn’t have to be expensive to be desirable. Chambered for the 9mm cartridge, this fighting handgun has low-profile combat sights, an extended beavertail and a full-length guide rod. Both the trigger and the hammer are skeletonized. Each magazine holds eight rounds, and the Parkerized finish helps to protect it against corrosion for many years of shooting. This compact 9mm pistol is backed by a lifetime warranty. 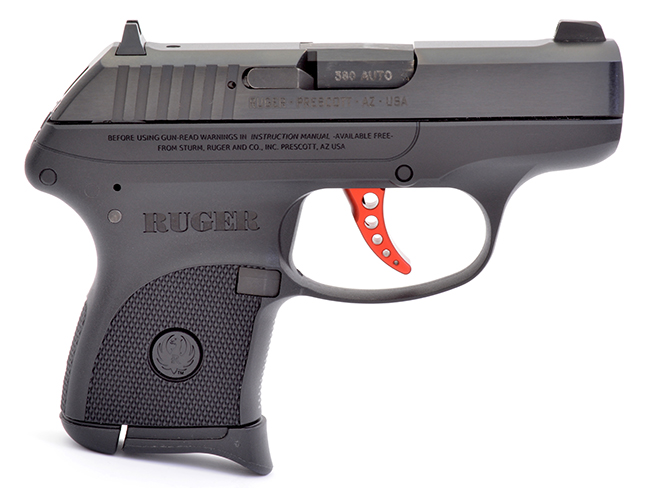 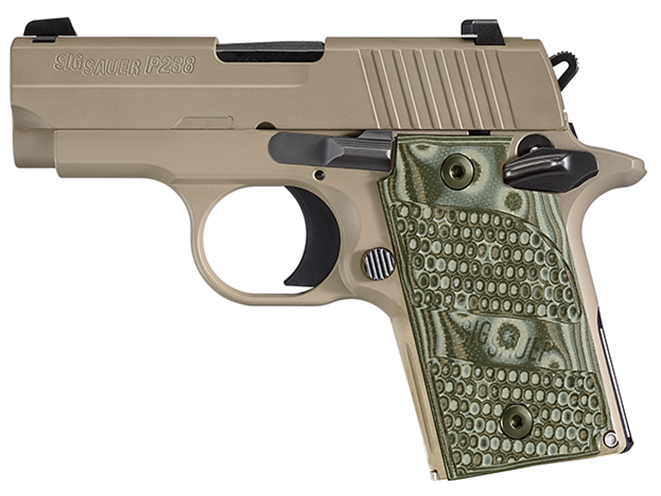 8 of 10
Sig Sauer P238
One of the highest quality .380 ACP handguns, the P238 has become one of the best-selling pistols made by Sig Sauer. The P238 is a single-action handgun that’s similar in operation to a 1911-style pistol. A standard P238 magazine holds six rounds. The gun can be had in a variety of finishes and with standard or night sights. Currently, the company offers more than a dozen variants of the pistol in its catalog, including the version with rosewood grips pictured. 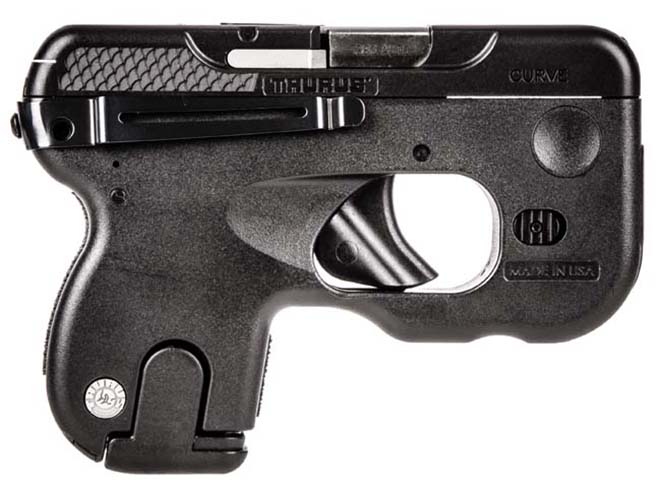 9 of 10
Taurus Curve
The innovative Taurus Curve has a sleek, curved design optimized for specifically for inside-the-waistband carry on a shooter’s right side. The pistol has no iron sights and can be fired either by pointing or by aiming with the integrated red laser. The same index-finger switch also controls a weapon light. Curved to fit the outline of the body for right-handed users, this pistol’s DAO trigger is smooth and fairly light. 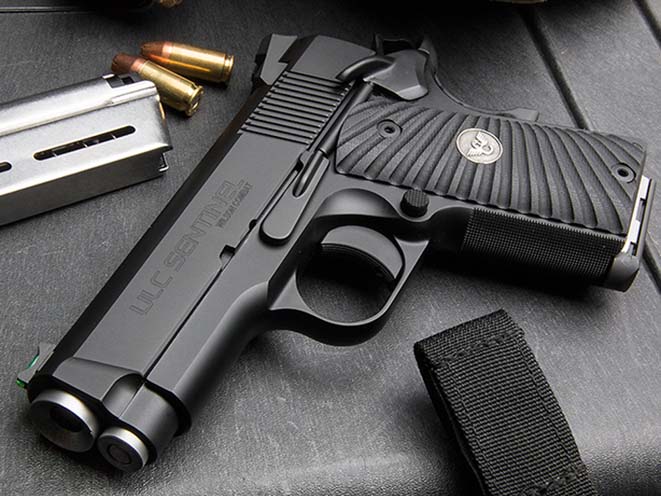 10 of 10
Wilson Combat Ultralight Carry Sentinel
Beauty and performance aligned in the design of the Ultralight Carry Sentinel from Wilson Combat. This compact 1911-style pistol has an impeccable black Armor-Tuff finish that is nicely accented by G10 Starburst grips. The fluted barrel is match grade and fitted by hand, and when combined with the crisp trigger, delivers an accuracy guarantee of creating 1.5-inch groups at 25 yards. The wide U-notch of the rear Battlesight matches with the bright green fiber-optic front sight to allow the shooter to get on target quickly. As with many of the company’s guns, there are a variety of customization options available for the pistol. 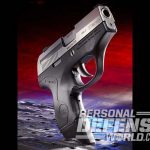 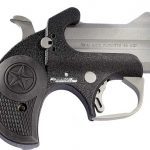 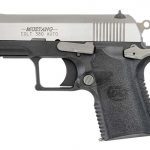 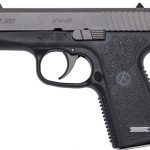 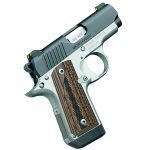 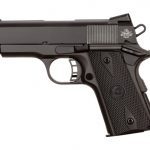 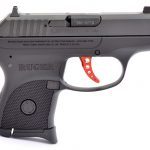 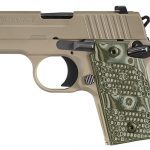 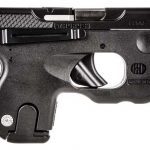 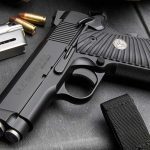 We’ve looked at revolvers and 1911s, now it’s time to delve into the world of pocket pistols. Carrying a pocket pistol is a centuries-old tradition that hasn’t faded with the passage of time. In fact, the marketplace for pocket guns has exploded in popularity over the past several years, with more and more companies offering compact yet powerful tools that will get the job done when concealed carry and personal defense is your ultimate goal. That trend continued in 2016, so with the year coming to a close, we thought we’d take a look back at our 10 favorite pocket pistols released over the past 12 months.

For more information on the pocket pistols featured in the photo gallery above, please visit the following sites. 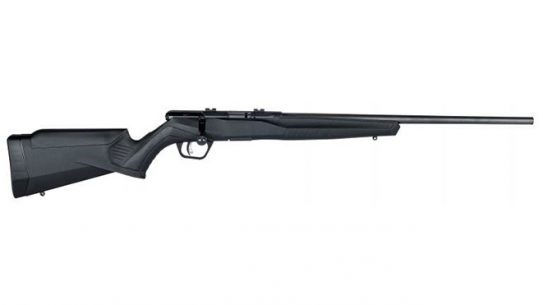