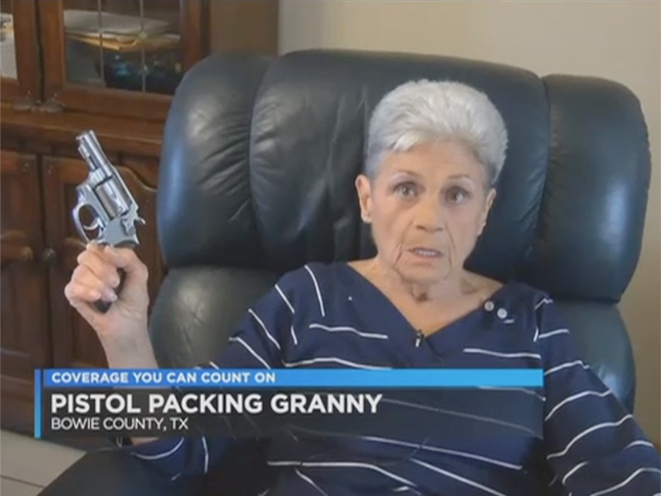 A pistol-packing Texas grandma opened fire on an armed intruder inside her home on New Year’s Day, sending the bad guy running from the scene.

74-year-old Rebbie Roberson was settling in to watch the news on Sunday night at her home in Bowie County when a man wearing gloves and a mask suddenly broke into her home.

“When I started to get up, he was in here on me with a gun facing me right to my face,” Roberson recalled.

Fortunately, Roberson is a gun owner, and she had her firearm on a table near where she was sitting. She always keeps her gun close by when she’s at home.

“I reached over there and grabbed this gun. And when I swerved around, I pointed it at him and he ran,” Roberson said.

Roberson followed the intruder, firing her revolver and leaving bullet holes in the walls of her home in the process.

The bad guy managed to escape. Police don’t believe he was wounded.

A Bowie County Sheriff’s Office spokesman said Roberson was well within the legal bounds when she used her gun on the armed intruder.

“Every citizen, according to the Texas penal code, has the right to defend themselves and their family,” the official said. 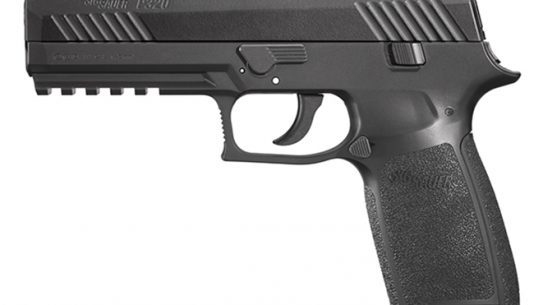 Sig's Advanced Sport Pellet line grows with the P320 ASP, which features a 30-round...