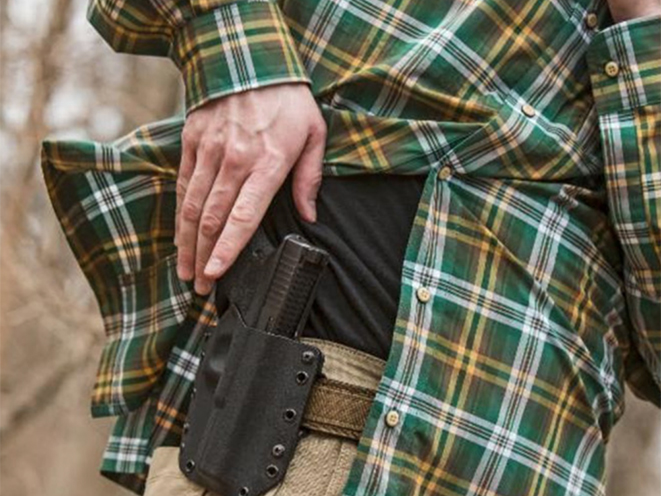 Dogs may be man’s best friend, but a concealed carry handgun can also be a trusty sidekick when the going gets tough. A pair of armed bad guys learned that they hard way when they tried to rob a concealed carrier walking his dog in Milwaukee last week.

According to local media, the incident took place at around 10 p.m. when the two suspects were driving around looking for an easy target. They though they found it in a 36-year-old man was out with his dog along W. Euclid Ave on the city’s south side.

The bad guys pulled over and tried to rob the man, but he had other ideas. Unbeknownst to the suspects, the man had a concealed carry permit and was armed. He drew his gun and opened fire, shooting and killing 17-year-old Deonte M. Thomas, while sending his 18-year-old accomplice to the hospital.

It’s believed that Thomas and the other as-yet-unnamed suspect were responsible for another armed robbery about an hour before the failed attempted on W. Euclid Ave. In addition to that, they both have lengthy rap sheets. Thomas was arrested as a juvenile in 2014 for criminal trespassing and armed robbery, and his 18-year-old accomplice has a prior arrest for auto theft.

The surviving suspect will be charged with armed robbery and homicide as a result of the failed robbery that ended with his partner’s death. The 36-year-old concealed carrier stayed at the scene after the shooting and was interviewed by police. The Milwaukee County District Attorney’s office is reviewing the case and will decide whether or not to charge him with a crime.

“It’s my understanding these kids were looking for trouble. They had been involved in trouble prior to this incident,” said Mark A. Borkowski, the Alderman in the district where the shooting happened. “To pick a guy who can defend himself has showed that regardless of whether you’re going to engage in this kind of criminal activity, you really don’t know. You may meet your match.” 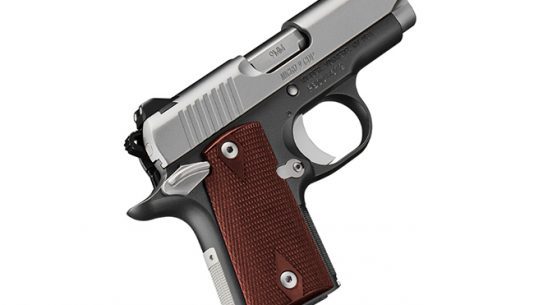 Kimber starts off 2017 by announcing the expansion of its Micro 9 product line...