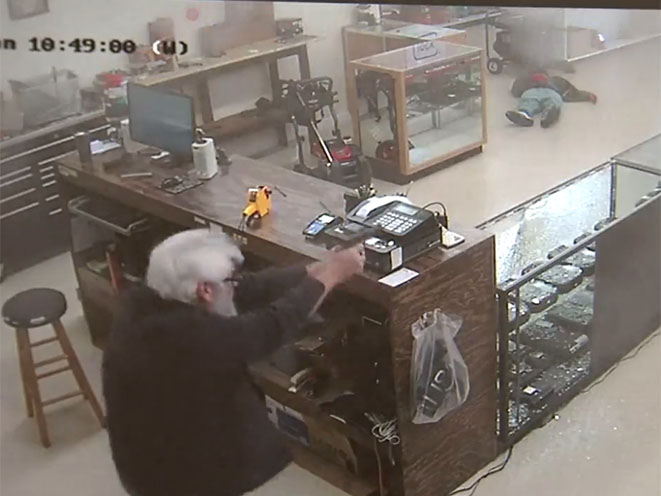 A couple of weeks ago, we brought you the story of a gun store owner in Mableton, Georgia, who shot and killed one of two armed robbers who foolishly tried to hold up his store. Now, LiveLeak has published surveillance footage of the incident which confirms that the man acted in self defense.

Jimmy Groover was working at Dixie Gun and Pawn alongside one of his employees the day after Christmas when the incident occurred. The footage shows two men walking into the establishment, with one pointing a gun at the employee behind the counter. Groover, his back facing away from the entrance when this first goes down, turns around and quickly realizes what’s going on.

When the bad guy turns his gun from the employee towards Groover and begins pulling out what looks like a second gun, the video shows Groover backing up slightly, pulling his own gun and shooting the bad guy through the glass counter, killing him. The second suspect immediately flees the scene and Groover fires off a few rounds in his direction, but misses.

“I had no other choice,” Groover told FOX 5 News. He is not being charged in the shooting.

Watch the surveillance video below. 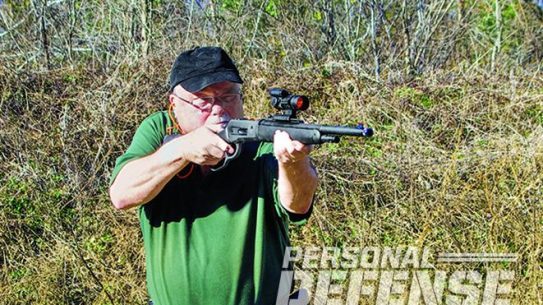 The classic 1886 rides again as a tactical, stow-and-go Ridge Runner.