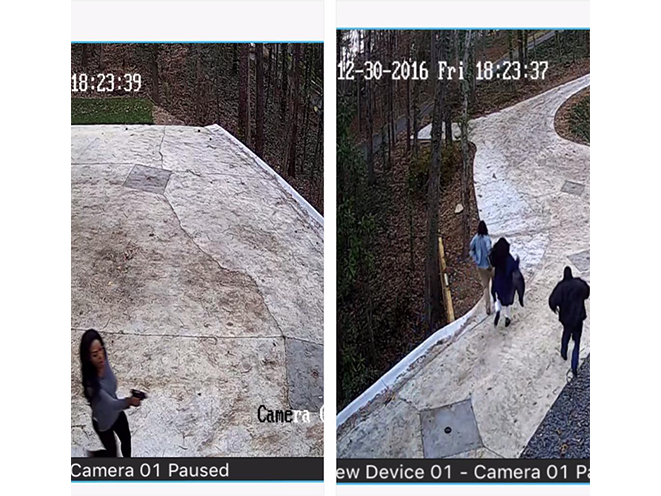 'Real Housewives of Atlanta' star Kenya Moore posted these screenshots of the incident on her Instagram page.
(Photo by Instagram/Kenya Moore)
Comment(s)

‘Real Housewives of Atlanta’ star Kenya Moore defended herself against three trespassers on her property last Friday, pulling a gun and sending the suspects running from the scene.

The 45-year-old reality television star was at home when — according to a post she made on her Instagram page immediately after the incident — two men and one woman “climbed over a wall in order to circumvent my security gates and wall being bricked.” The intruders then walked up to the front door and began knocking.

Moore wasn’t going to take any chances. She drew her gun on the trespassers, causing them to flee.

Shaken, Moore posted security camera screenshots of the incident on her Instagram page.

“I have a right to feel safe in my home and to protect myself. I don’t care if I’m on TV,” she wrote in the photo caption. “What if 3 strangers banged on your front door …2 of them being grown men wearing dark clothing knowing they could only get to you by jumping fences or trespassing onto other properties and mine? There are home invasions, robberies, rapist…What if your children or loved ones were threatened this way?”

In the same Instagram post, Moore said she was offering a $1000 reward for information leading to the arrest of the intruders.

“Anyone who is bold enough to commit a crime, endanger themselves and others needs to be punished. Please help me identify these people,” Moore wrote.

Days later, Moore appeared on ‘Watch What Happens Live with Andy Cohen’ and doubled down on her decision to pull her gun in self defense.

“Listen, if some crazy MFs have the nerve — I have a gated property,” Moore explained. “They went around my gate, they went and trespassed — they did so many things that were asking for not only to be shot, but an ass whoopin’. They’re just lucky they didn’t get both.”

During the appearance on ‘Watch What Happens Live with Andy Cohen,’ Moore confirmed she is a legal gun owner in the state of Georgia. She said she owns four guns and is trained in the use of them.

“I go to the gun range and I shoot really tight clusters,” she said. 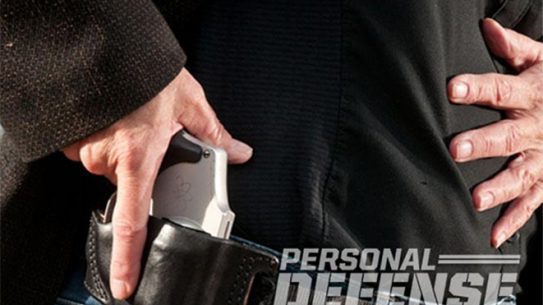 A Republican lawmaker introduced a bill calling for national concealed carry reciprocity on the...