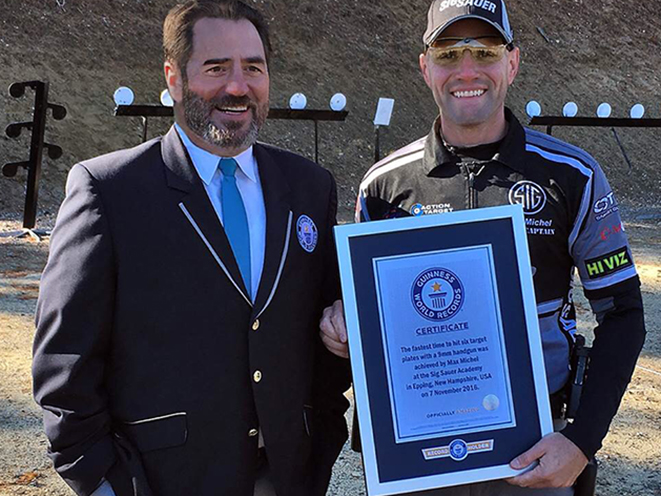 Renowned pro shooter Max Michel already has an impressive resume, but the Team SIG Captain is officially in the history books by setting a new Guinness World Record in action pistol shooting. Michel is now credited with the fastest speed for hitting six target plates with a 9mm handgun, a feat he accomplished in just 2.05 seconds.

Michel set the new Guinness World Record using his personal full-size Sig Sauer P320 with a ROMEO3 mini reflex sight and Sig’s Elite Performance Ammunition. According to the press release, Michel engaged an official Action Target plate rack with six adjacent shooting plates that were eight inches wide from seven meters away. He was given three chances to set the world record, as per Guinness’ rules. To make things even more official, an approved Guinness World Records judge and two experienced timekeepers witnessed the event. Michel was also photographed and recorded on video as he completed the course of fire at the Sig Sauer Academy in Epping, New Hampshire.

“Growing up, I remember seeing the Guinness Book of World Records and wanting to be a part of it,” said Michel. “To receive its stamp of approval and to be recognized by your peers is one of the biggest honors I could imagine. Now, after finally having the chance to achieve a world record, I consider it to be one of the major highlights in my 25 years of competitive shooting.”

To see Max Michel set the Guinness World Record, check out the video below from Recoil. 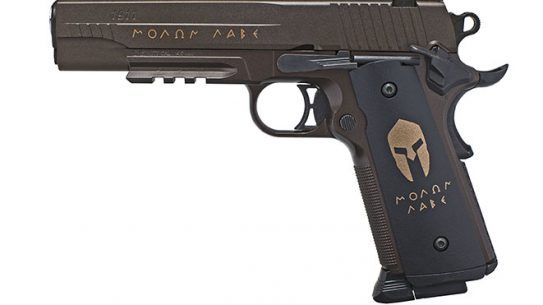 Sig Sauer announces yet another training option for new and experienced shooters: the 1911...