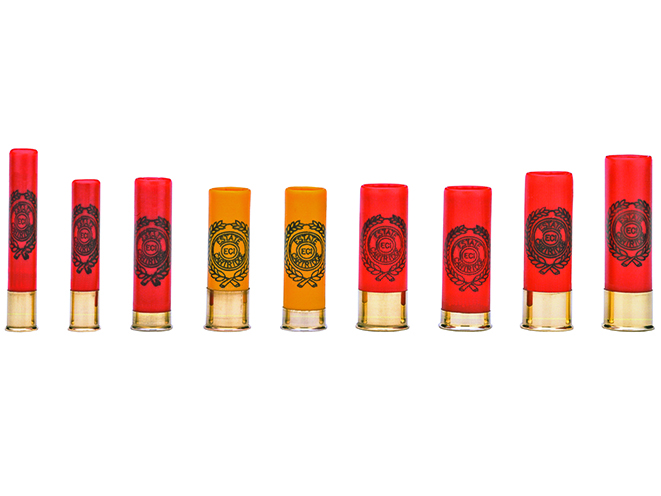 1 of 6
Shotshell Handloading 101
No matter which gauge shotgun you shoot, handloading your own shells comes with the advantage of more choices in loads. 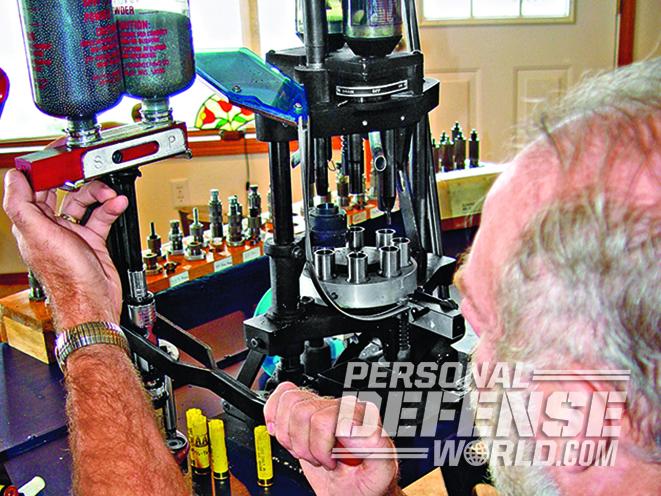 2 of 6
Shotshell Handloading 101
Tom’s MEC 600 Jr. shotshell presses are all single stage loaders that are simple to operate and capable of loading a box of shells in about 15 minutes. 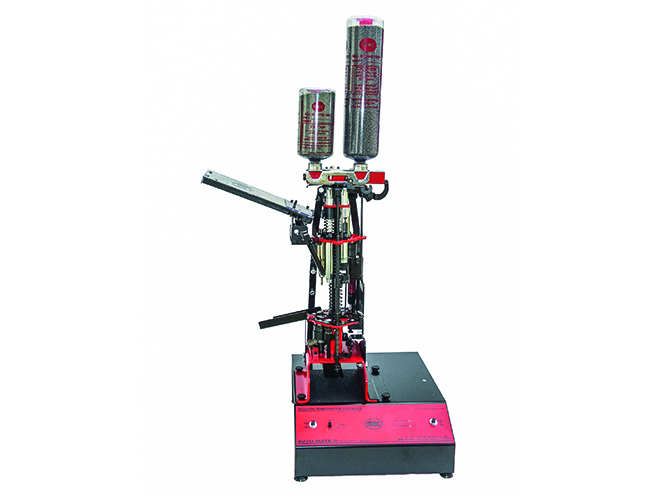 3 of 6
Shotshell Handloading 101
This MEC 9000E progressive shotshell loader (equipped with Auto-Mate) is available in the five most popular gauges and is built for high volume loading. MEC’s Auto-Dex automatically moves the shells through each reloading stage as the handle is returned to the top of its stroke. 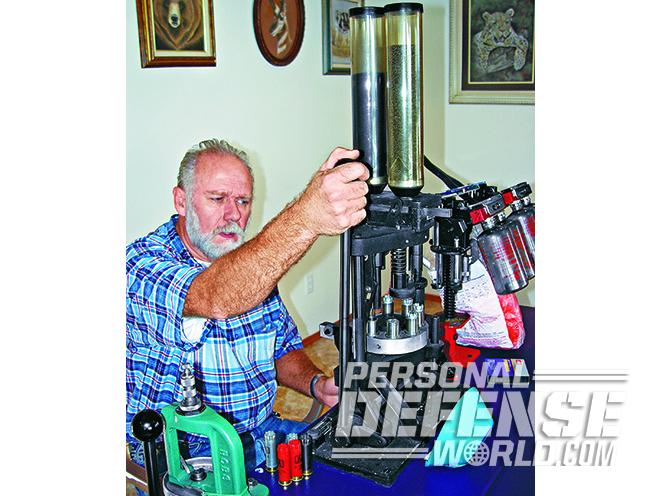 4 of 6
Shotshell Handloading 101
Tom’s Ponsness-Warren progressive loader has the potential to load a lot of shells in a hurry, but it wouldn’t be the best choice for the shooter wanting to load only a box or two of shells at a time. 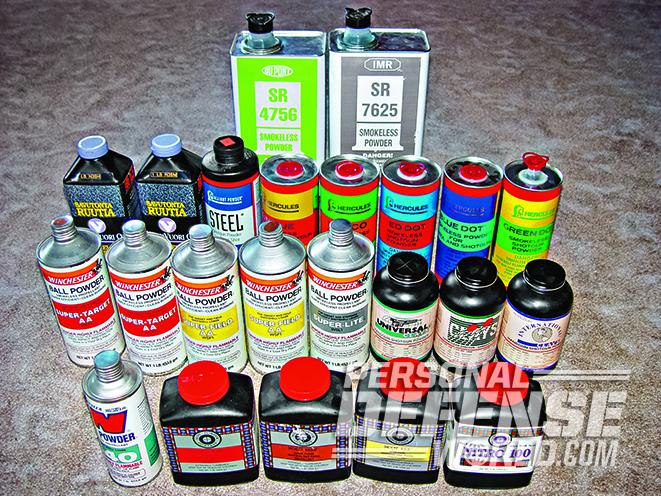 5 of 6
Shotshell Loading_14
There is a diverse selection of shotshell powder available to select from, but not all are acceptable for every gauge and for every application. 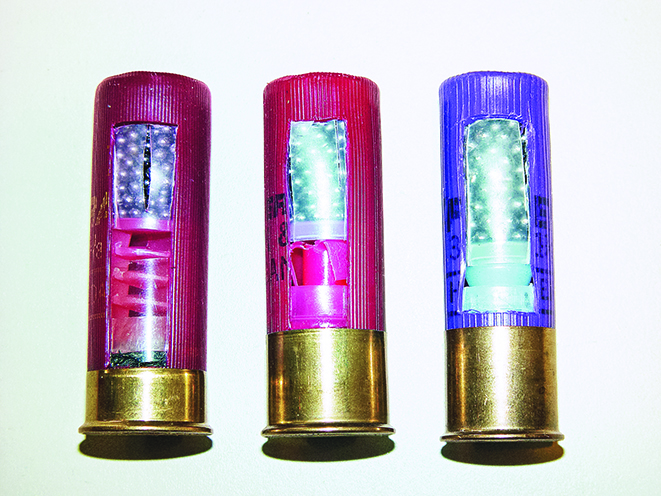 6 of 6
Shotshell Handloading 101
The vast majority of factory-loaded and handloaded shotshells today come with shot-cup style plastic wads, which produce tighter and more consistent patterns that the older style felt wadding used in the past. 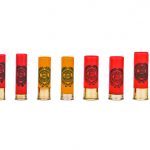 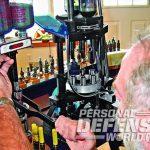 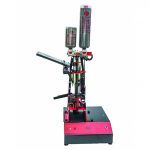 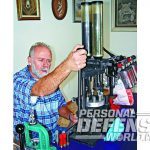 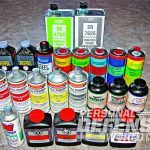 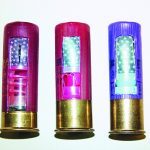 Handloading your own shotshells can obviously save your shooting dollars, but there are even more important benefits associated with stuffing your own shells. Shotshell handloading has the potential to increase your shooting proficiency; it opens up a much greater diversity of loads to select from; it allows you to better match your loads to your shotgun; and it increases your pride of accomplishment when those shells are used to achieve your shooting success. Being able to select the size and type of shot, the weight of the shot charge and the velocity of the shell all are tremendously beneficial to any shooter.

In many shooting venues the 12-gauge reigns as the most popular gauge, and understandably that equates into the most diversity in the factory-loaded ammunition. Nevertheless, I personally still find tremendous advantage inherent in being able to custom load my own 12-gauge shells. If you shoot a 28-gauge you might be lucky to find virtually any factory shells but those loaded with the smallest sizes of shot, which frequently perform poorly in a hunting type situation. And, for the 16 and 10 gauge shooter, good luck on finding any shells whatsoever. In all of these instances having the ability to roll your own simply makes good sense and comes with the benefit of increasing both your shooting enjoyment and shooting proficiency.

There are essentially two basic styles of shotshell presses, the progressive loaders and the single stage loaders, but within each of those categories there are various design differences and options. For example, there are sometimes differences in the resizing equipment, and some presses are manually operated while others come automated with hydraulics. The press may or may not come equipped with an automatic primer feed, and also may or may not dispense its powder and shot charges automatically as the press handle is cycled. But, if these systems aren’t installed on a press sometimes they can be added later on as an optional choice.

A basic difference between metallic cartridge reloading and shotshell reloading is the fact that a shotshell press is pretty much an all-inclusive unit capable of performing all the steps needed to produce the shells. The dies generally are included and installed as the press comes from the factory. While it is possible to swap out those dies for a set of another gauge, alternative die sets can be a bit expensive to purchase and time consuming to change. Because of that, most shotshell handloaders simply opt to dedicate a press for loading a single gauge. Then if they choose to load for another gauge a complete unit is most often purchased. Because I personally shoot a wide variety of shotguns I currently own four presses. These are made up of one Ponsness/Warren progressive 12-gauge model that I use when I want to load several cases of shells at a time, and three MEC single stage units in different gauges that I typically use when I only need a box of two of ammo.

It doesn’t matter which style of press you are using, the shell progression is basically the same. After inspecting the hulls for wear and damage the reloading process begins by resizing the base metal of the shell and the removal of the spent primer. In the next step a fresh primer is seated and the powder charge added. After that a wad is seated over the powder charge and the shot is dropped. To complete the loading sequence the shells are crimped usually in two stages. First a partial crimp is made, which helps to ensure a proper fold takes place. Then, a final crimp follows completing the loading process. Using one of my MEC single stage presses involves a total of five cycles of the press handle, and for those presses that aren’t equipped with an automatic charging system it would involve a couple of manual movements of the charging bar. To a person new to shotshell handloading this may seem like a lot of movement and work in order to produce only a single shell, but once you get the process and your rhythm down the progression moves along quite smoothly and rapidly.

Like what you’re reading? Check out the rest of this article in ‘The Complete Book of Reloading’ 2017. For information on how to subscribe, please email subscriptions@outdoorgroupmags.com or call 1-800-284-5668. 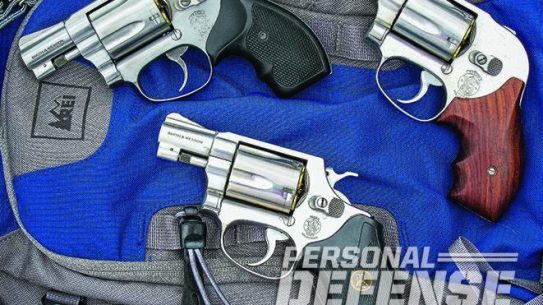 They might be long in tooth, but these stainless S&W J-Frames can still bite...