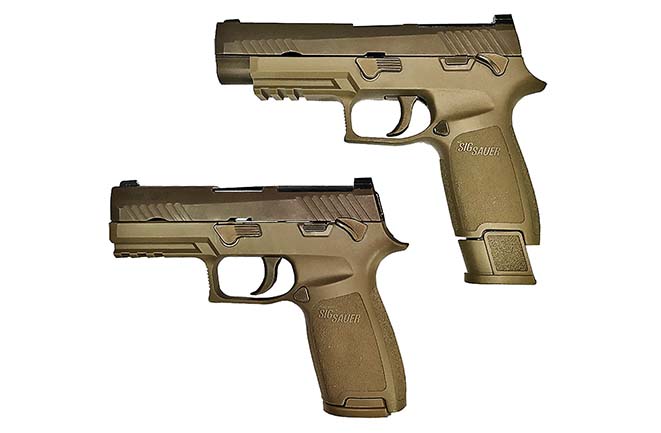 It’s official: The Sig Sauer P320 is the winner of the XM17 Modular Handgun System competition to replace the Beretta M9 as the U.S. Army’s official service pistol.

Sig beat out the likes of Glock, Smith & Wesson, FN America and Beretta to win the $580 million contract, which is for the handgun itself, as well as accessories and ammo. Under the Modular Handgun System program, the full size and compact P320 will be delivered over a period of 10 years. All guns will be configurable to receive silencers and will also include both standard and extended capacity mags, the press release says.

The Sig P320 made its debut in 2014. It’s a polymer striker-fired gun and the first modular pistol with interchangeable grip modules that can also be adjusted in frame size and caliber by the end user. All of the P320s to be used by the Army will be manufactured at Sig’s facilities in New Hampshire.

“I am tremendously proud of the Modular Handgun System team,” Army Acquisition Executive Steffanie Easter said. “By maximizing full and open competition across our industry partners, we have optimized private sector advancements in handguns, ammunition and magazines and the end result will ensure a decidedly superior weapon system for our Warfighters. As MHS moves forward into operational testing, the due diligence taken by all of the stakeholders will ensure a program that remains on-budget and on-schedule.”

“We are both humbled and proud that the P320 was selected by the U.S. Army as its weapon of choice,” Sig Sauer CEO Ron Cohen said. “Securing this contract is a testimony to Sig Sauer employees, their commitment to innovation, quality and manufacturing the most reliable firearms in the world.”

The Beretta M9 was adopted as the Army’s standard sidearm in 1985. The Modular Handgun System competition to replace it was launched in August 2015. 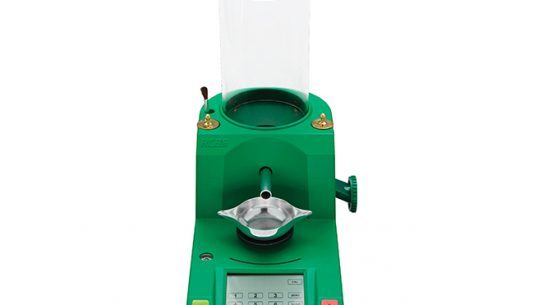 RCBS is debuting several new products at SHOT Show this year, including the ChargeMaster...