Springfield Armory is poised for a big 2017, and they’re letting everybody know they mean business by rolling out no less than five new handguns at SHOT Show 2017 in Las Vegas, Nevada. And here they are: the XD Mod.2 Tactical, the XD Mod.2 Service Model in .45 ACP, the 1911 TRP Operator in Tactical Gray, EMP Lightweight Champion with Concealed Carry Contour, and the EMP All Black. Oh, they’re also showcasing the SAINT, which is the company’s much-vaunted entry into the AR-15 market. To get the details, check out the press release below.

The Springfield Armory SAINT is the company’s groundbreaking entry into the AR-15 market and redefines what an AR-15 should be. While equally at home on plinking and competition ranges, the SAINT is built for defense and packs features valued by warriors into a carbine with a price point at a fraction of what one would expect. With an MSRP of just $899, the SAINT brings affordable reliability to the market. 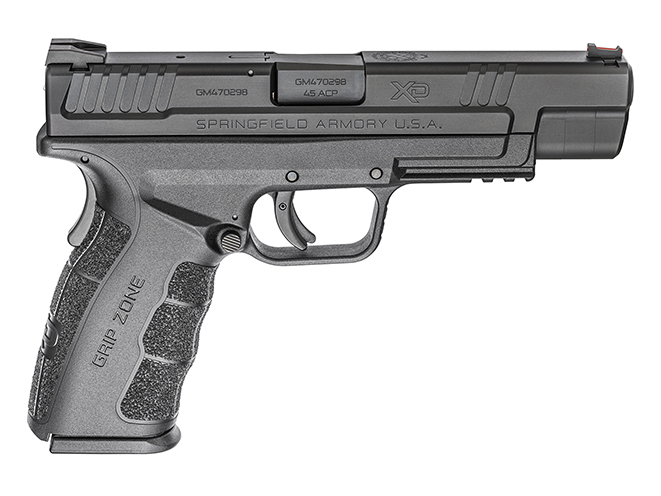 The XD Mod.2 Tactical brings .45 ACP chambering to the five-inch barrel pistol launched in 2016. The new gun packs 13+1 rounds of big bore ammunition into a package more like that of a standard size 9mm pistol. The XD Mod.2 Tactical features fiber-optic front sight, low-profile combat rear sight, and all of the ergonomic enhancements of the Mod.2 series including GripZone texturing and High-Hand beavertail and frame cuts. At home on the competition range or in the hands of law enforcement and legally armed citizens, the XD Mod.2 Tactical brings controllable high capacity to large caliber pistols. 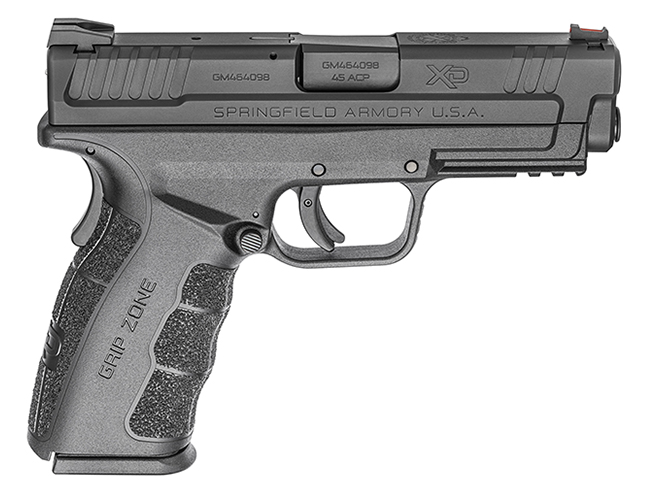 The new XD Mod.2 Service Model packs 13+1 rounds of .45 ACP into a slender double stack handgun. With its four-inch barrel and standard size frame, this one is great for a variety of applications including competition, recreation, home defense, and concealed carry. The Mod.2 ergonomics enhancements make this .45 ACP easy to control and a pleasure to shoot. The XD Mod.2 Service Model has all the quality mechanics one expects: hammer-forged Carbon steel Melonite barrel, forged steel Melonite slide, fiber optic front and low profile rear sight, and a dual spring recoil system. All of that is packed into 7.3 inches of overall length and 5.75 inches of height. With its width of just 1.22 inches, it’s hard to believe it’s a double-stack .45. 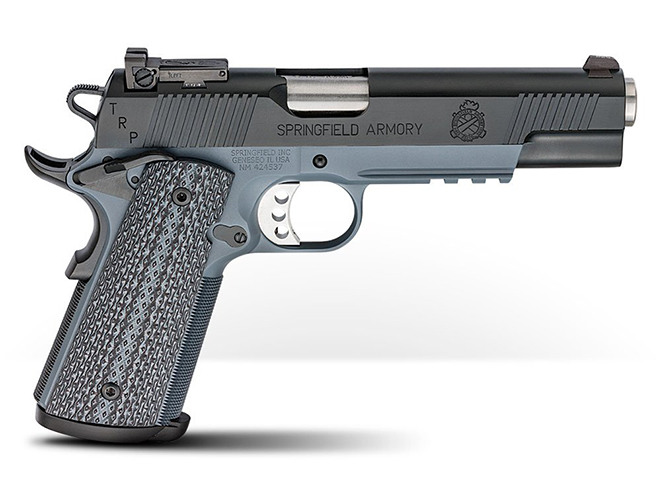 For 1911 enthusiasts and serious large caliber shooters, the company is announcing the 1911 TRP Operator, Tactical Gray. The original TRP pistol was designed as a consumer-friendly alternative to high-end custom shop 1911s. Modeled after the FBI Contract pistol, the TRP redefines what a production gun can be. The TRP Operator, Tactical Gray includes a tasteful, and exceptionally durable gray Armory Kote frame finish mated with a forged steel black Armory Kote slide. The new model also includes an accessory rail for attachment of lights or lasers and an adjustable, low-profile rear sight. 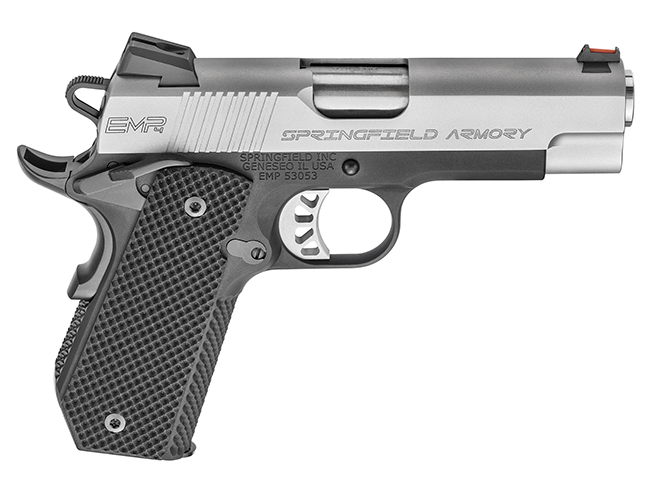 The EMP Lightweight Champion with Concealed Carry Contour brings a new, even easier to conceal member to the EMP family. Having earned the reputation of the most elegant and shootable carry pistols, it only made sense to bring new carry-friendly versions to market. The mainspring housing is bevel cut to fit more comfortably in hand and conceal more easily by eliminating the telltale bulge caused by the grip base. Like the original EMP, the new model features a hardcoat anodized frame matched with a brushed stainless steel slide. A fiber optic front sight, low-profile rear sight, and G10 grips round out the package. 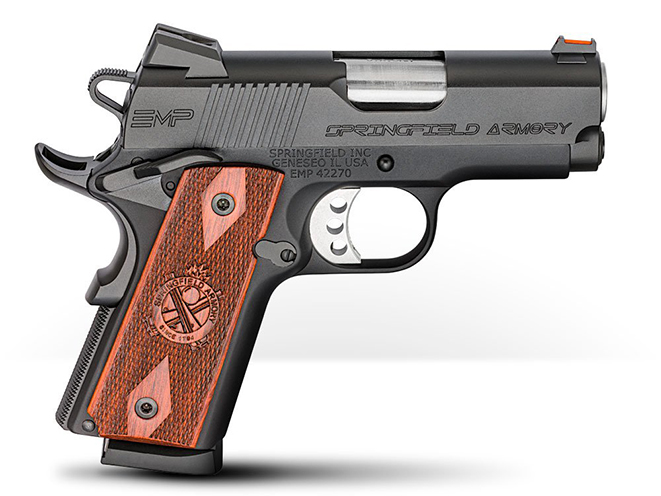