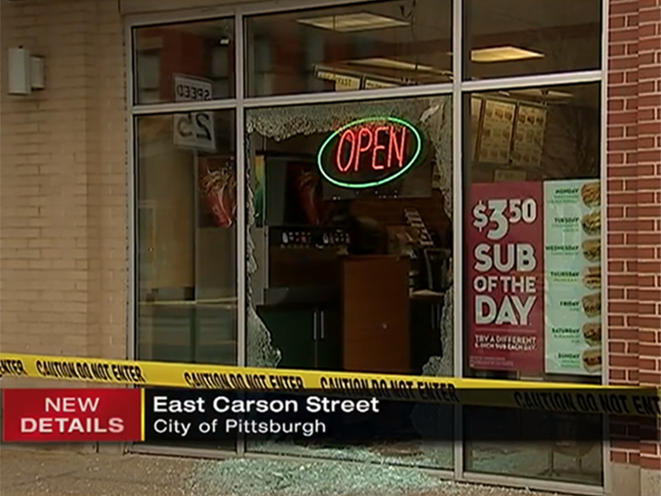 Never bring a BB gun to a gunfight. That’s what one would-be robber learned the hard way when he tried to hold up a Subway restaurant in Pittsburgh last Friday, only to be shot by an employee with a concealed carry handgun.

The Subway robbery began when 47-year-old Calvin Leon Smith walked into the Subway on the city’s south side, drew a gun and started demanding money. Big mistake.

“One of the employees who has a concealed-carry permit and has a firearm apparently felt threatened for him and the other employees in the store, and shot the actor at least once,” Pittsburgh police spokeswoman Emily Schaffer said.

The concealed carrying employee used a 9mm Glock pistol to shoot Smith, who was reportedly hit in the chest, neck and abdomen.

After the shooting, a female employee saw Smith crawl through a broken storefront window and run down the street, where a man and a woman in a Mercedes Benz were waiting for him. They dropped Smith off at an area hospital.

The vehicle Smith used to escape the scene was later found parked in front of a home on the city’s north side. Police surrounded the house and the couple that drove Smith surrendered. They told police they only gave him a ride to the Subway and were unaware that he was going there to commit a robbery.

The two Subway employees ID’d Smith out of a photo lineup. He’s been charged with robbery and possessing instruments of crime. It hasn’t been announced if the couple who drove Smith will be charged as well.

The manager of the Asian Fusion Bowl restaurant next to the Subway said he knows the Subway employee who pulled the trigger and plans on checking in with him.

“He’s a great employee. He has been there for over five years,” John Parker Sr. said. “I am going to go over there and give him my positive thoughts and words of encouragement.” 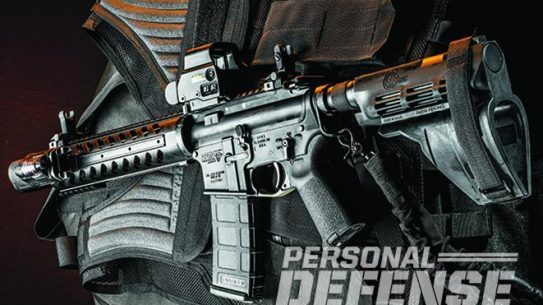 If you’re not interested in actually building your own AR pistol, feast your eyes...