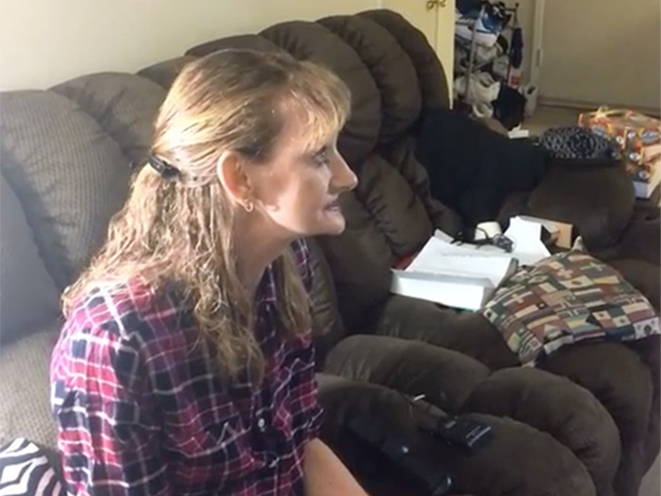 A harrowing North Carolina home invasion ended with one dead bad guy at the hands of a quick-thinking armed female resident.

Kay Dickinson pulled into her apartment complex parking lot in Wilmington just before 11 p.m. last Monday. She got out of her car and with keys and a drink in one hand and her cell phone in the other — started climbing the stairs to her apartment. At the top of the stairs, she passed a man carrying a trash bag. Right as she unlocked the door to her apartment, the man — later identified as 35-year-old Willie Franklin Stith III — quickly spun around, grabbed her and violently pushed her into her apartment.

“We had a tussle and he choked me and gagged me and I dropped everything right there in the kitchen,” Dickinson recalled.

The situation only got scarier from there. Stith — who allegedly had a gun — took Dickinson into her bedroom, tied her hands behind her back with a belt and wrapped a cell phone charger cord around her mouth.

“I was thinking, ‘This man is going to kill me.’ I really did. And when he took me to the bedroom I was thinking, you know, ‘Is he going to rape me?'” Dickinson later said.

But Stith then went around Dickinson’s apartment looking for valuables.

Dickinson decided to act. She managed to get her hands free and grab a gun that she keeps next to her bed.

“As soon as he took me in the bedroom I looked over and the gun was sitting there and I was like, ‘There’s a reason why that gun is sitting there,'” she said. “I was just hoping he wouldn’t see it.”

Dickinson fired one shot at Stith, hitting him in the chest. Stith sprinted down the hallway and collapsed right in front of the door.

Dickinson was transported to an area hospital to be treated for minor injuries and was released.

Stith, who died at the scene, has a long rap sheet that includes over a dozen convictions for burglary, possession of stolen goods, larceny, breaking and entering, and assault on a public official, in addition to possession of a firearm by a convicted felon and drug charges.

Dickinson said Stith somehow knew her and her boyfriend’s name and seemed to target their home specifically.

The incident remains under investigation. Once Wilmington police finish working the case, the New Hanover County District Attorney’s Office will decide whether or not to pursue charges. 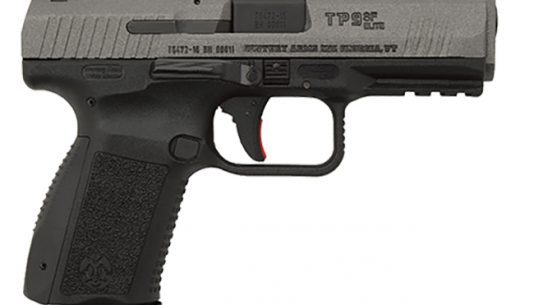 The TP9SF Elite and TP9SF Elite-S both feature a 4.07" match grade barrel and...