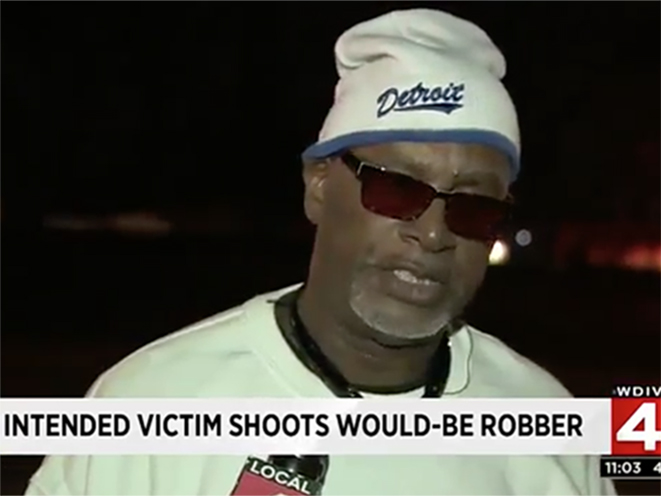 An armed robber tried to hold up a restaurant on Detroit’s west side, only to come face-to-face with a concealed carry permit holder who didn’t hesitate to take him down.

A customer identified by ClickonDetroit.com only as Dennis said he and his girlfriend, Latanya, were in the E&S Carry Out Shrimp Shack at around 5:45 p.m. looking to grab some food when suddenly the bad guy rushed in with a gun drawn.

He started demanding money from everyone in the restaurant, and pointed a gun in Latanya’s face.

Dennis, Latanya and another customer threw their money and wallets on the floor.

That’s when Dennis saw an opening.

“When I saw he had the gun in her face, and I threw my wallet down and keys, he turned to look and get the money, that’s when I lit him up,” Dennis said.

Dennis shot the armed robber once in the stomach. He then kicked the would-be robber’s gun away and tended to him until the authorities arrived.

Police confirmed that Dennis is licensed to carry a handgun and acted in self-defense.

“It wasn’t a plan. It was just instinct. He had the gun in my girl’s face,” Dennis said of the incident.

He also added that while he wishes he “feels” for the suspect — even stating he would have given him money if he had just asked for it — he said he was left with no choice but to pull the trigger.

“Even though you give them everything, they’ll still shoot you, and I wasn’t going out like that,” Dennis said.

As it turns out, the gun the suspect used in the attempted robbery wasn’t even loaded.

Dennis said the incident could serve as a lesson to all would-be robbers out there thinking of trying something like this.

“Don’t let the gray hair fool you,” he warned. “We’re all walking around out here … some of us (are) strapped, some of us not, but you don’t know who’s who,” he said. 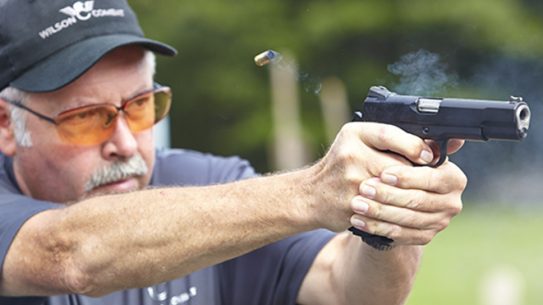