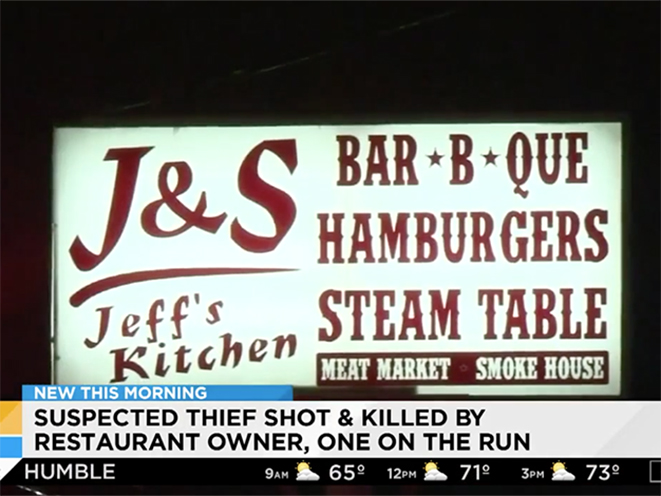 One robber is dead and another is on the run after they tried to take advantage of Houston’s party vibe for Super Bowl LI this past weekend by targeting a restaurant owner as he was leaving for the night. Big mistake.

The owner of J&S Barbecue was closing up at around 10:50 p.m. on Saturday when two men suddenly jumped out from behind a garbage bin and tried to rob him while he was getting into his car.

They shouldn’t have done that. The owner, who is reportedly in his 70s, regularly carries a gun due to the fact that he’s been robbed in this exact same scenario before. When it happened this time, he was ready.

The owner drew his firearm and shot at the bad guys. One would-be robber was hit in the throat and chest, while the other managed to flee the scene. There’s no word on if he was shot as well.

The injured suspect was taken to an area hospital where he died from his injuries, police confirmed. The second guy is still on the run.

The owner was uninjured and will likely not be charged in the shooting. 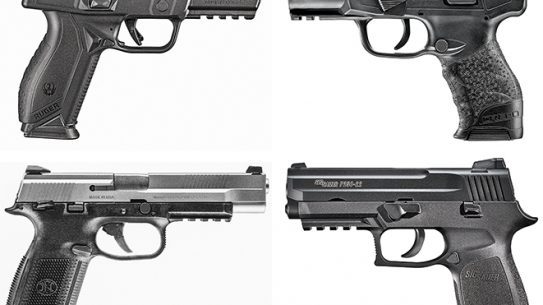 Pack a little extra heat this winter with this collection of the newest mid-...