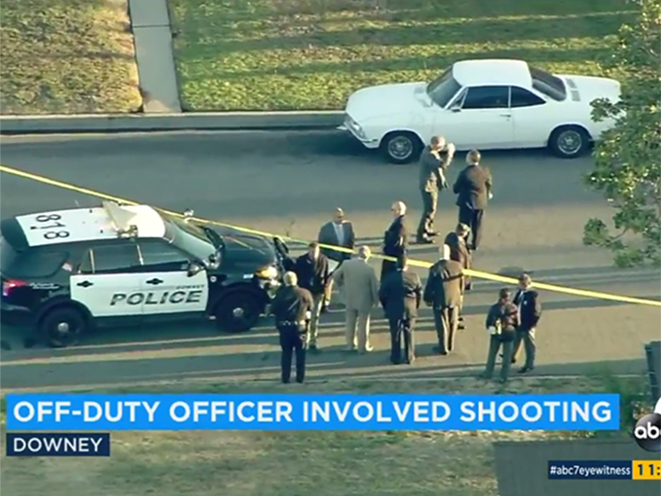 Talk about targeting the wrong home. A pair of burglary suspects broke into a house, only to be shot by the off-duty LAPD officer who lived there.

The incident took place at around 1 a.m. on Monday morning in Downey, around 15 miles outside of Los Angeles. A statement from the Downey Police Department says the officer confronted the two bad guys who entered his home.

“During the encounter, the officer was assaulted and discharged his weapon,” the release says.

Both intruders were shot and transported to area hospitals for treatment. They’re each expected to survive.

The officer, who is assigned to the LAPD’s Olympic Division, was also injured during the incident. He was treated at a hospital but is in stable condition. Police say he wasn’t shot.

Downey Police and the Los Angeles County District Attorney’s Office have both launched investigations into this case. Based on what we know so far, it sounds like a justified shooting.

“Until we are able to interview the officer — which we have not done at this point because he is being treated — we don’t know much more than: our officer was somehow confronted, an officer-involved shooting occurred,” LAPD Captain Andy Neiman said. “Those two individuals were injured, as well as the officer, and we are awaiting further investigation.” 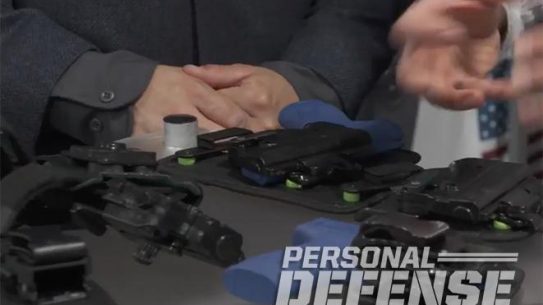 Looking for something that meets all of your concealed carry needs? The Alien Gear...