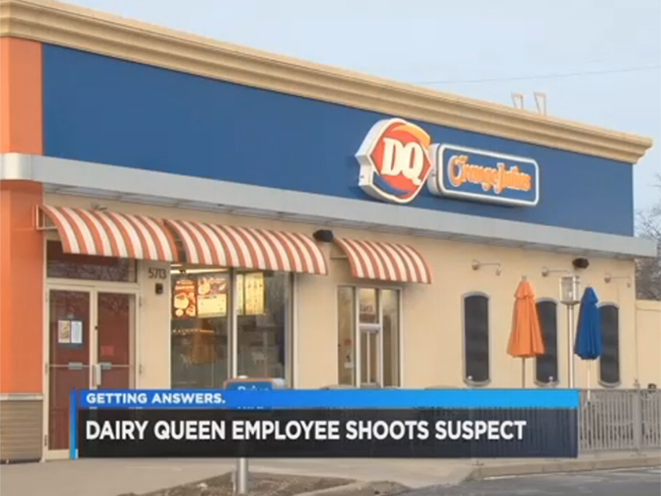 An armed robber at a Dairy Queen in northeast Ohio was treated to a helping of hard-hitting self defense ammo courtesy of an employee with a concealed carry handgun last weekend.

The incident began when the suspect entered the Dairy Queen in Mayfield Heights at around 10:20 p.m. on Sunday night. He reportedly walked in through the back door and pointed a gun at employees. He then grabbed a female worker.

The employee started screaming, which got the attention of the assistant manager.

That’s when the would-be armed robber ran into some serious trouble.

The assistant manager confronted the suspect, drew his legally-owned handgun and opened fire, shooting the bad guy once.

The suspect took off from the scene and was found by Mayfield police hours later near Interstate 271. He was taken to Hillcrest Hospital and treated for a gunshot wound.

Thankfully, no employees were injured as a result of the incident.

The question is, will the assistant manager face any repercussions from carrying a handgun inside the store? An official with Dairy Queen said the ice cream chain doesn’t have a specific policy in place on that subject for employees, so it looks like he’ll be ok. There were also no signs posted stating that guns aren’t allowed in that specific location.

Dairy Queen released a statement regarding the incident on Monday:

The location involved in the robbery is an independently owned and operated sub-franchise. We only learned of this situation late today.  We have reached out to the Territory Operator that franchises this location to offer our assistance. They are fully cooperating with local authorities. 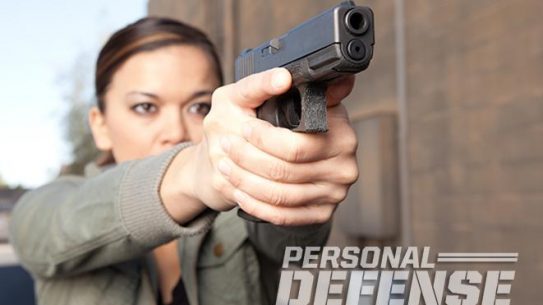 Why the Glock 19 is so popular with police officers, soldiers and civilians.