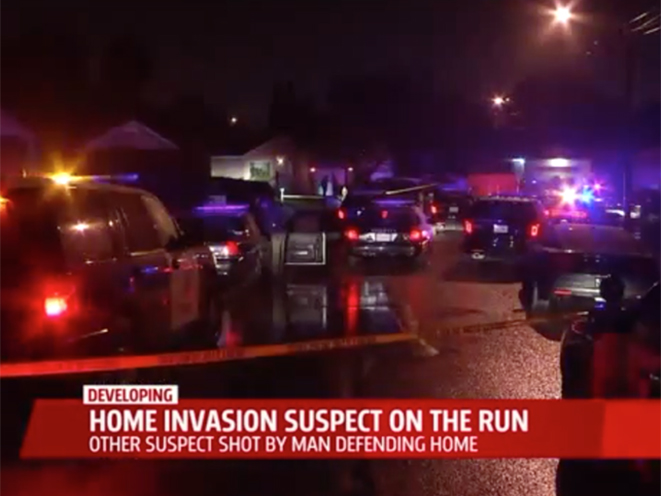 A San Diego County homeowner managed to turn the tables on a pair of armed home invaders, killing one and sending another fleeing from the scene.

A struggle ensued, during which Suarez Jr. was shot in the torso. His father managed to grab the gun away from one of the home invaders and return fire, shooting one of the suspects while the other man escaped in a vehicle.

Police arrived and found Suarez Jr. in the front yard. He was transported to an area hospital for treatment and is expected to survive his injuries. His father was uninjured. The wounded home invader died at the scene.

The second suspect is still at large. No official description of him has been released thus far. Police are also working to identify the deceased man, who is reportedly between the ages of 18 and 25. Photos of his clothing and a personal item found on his person are expected to be released soon.

Suarez reportedly won’t be charged for shooting the home invader.

Police are still trying to work out a motive for the home invasion. At this point, it doesn’t appear that the suspects and the occupants knew each other. 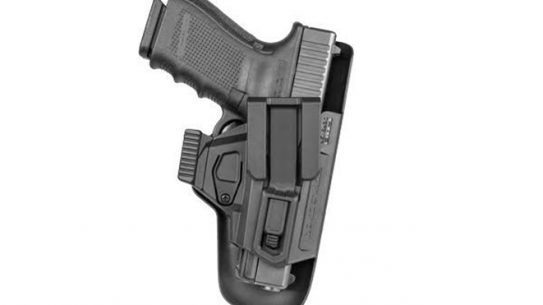 New for 2017, the FAB Defense SCORPUS Covert IWB holster addresses your needs in...