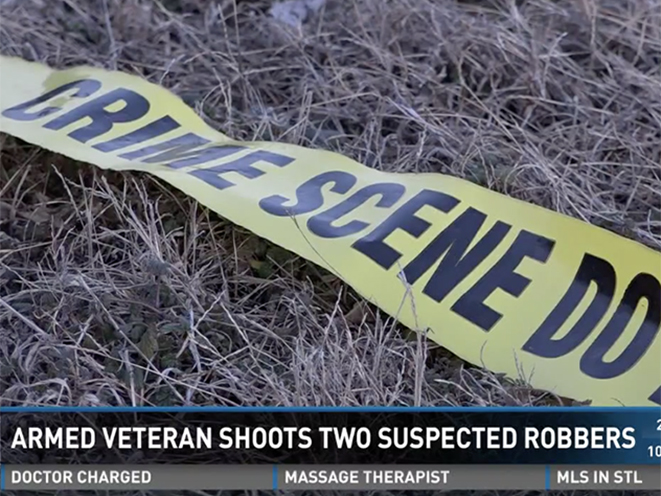 Two thugs found that out the hard way that you shouldn’t mess with strangers when their intended robbery victim turned out to be a 70-year-old concealed carry permit holder and Vietnam veteran who wasn’t afraid to defend himself.

It all began last Thursday at around 10 a.m. in Venice, Missouri. The CCW holder was driving a female friend back home and was sitting in his car with her in front of her house when two men, later identified as 19-year-old Billy Dickerson and 23-year-old Perry Richardson, walked up, pulled a gun and attempted to rob them.

They couldn’t have picked a worse target.

“My guess is that they were shocked that this gentleman was ready to take care of them, when they thought they were taking care of him,” Madison County State’s Attorney Tom Gibbons said. “Even though they had the jump on him, he was clearly better prepared than they were.”

Dickerson was shot in the head and died at the scene. Richardson was hit in the arm and chest and was transported to Saint Louis University Hospital to be treated for his injuries. Richardson has been charged with first-degree murder as a result of Dickerson’s death. If convicted, he’ll go to prison for 20 to 60 years.

Gibbons confirmed that the intended victim is a CCW holder, and says there were multiple witnesses to the attempted robbery.

“Self-defense is an inalienable right in a free society, and the right to keep and bear arms is enshrined in the Second Amendment,” Gibbons said. “He was just an armed citizen who was able to defend himself and his friend and stopped what we’re learning was a crime spree by these individuals.”

As it turns out, Dickerson and Richardson were likely responsible for another armed robbery just an hour before, and they’re thought to have committed over 20 armed robberies in the past 12 months. 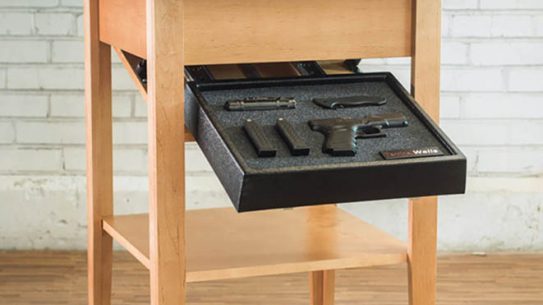