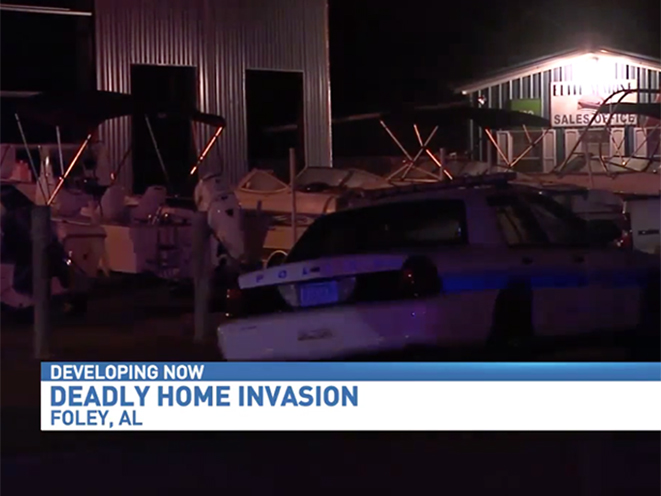 Never bring a knife, or in this case a pick-axe, to a gunfight. A would-be home invader made the mistake of doing just that and paid for it with his life earlier this week.

The incident took place at a home which also doubles as the office for a boating store called Elite Marine in Foley, Alabama. The 77-year-old homeowner and business operator told police he was asleep when he was suddenly awakened by a loud crash. He then saw a pick-axe coming through his bedroom door.

At that point, the suspect — who was wearing a black bandanna to cover his face — entered the bedroom and started charging toward the homeowner. Fortunately, the homeowner managed to grab a gun and shoot 20-year-old Sedrick D. Jemison, killing him.

Jamison was reportedly able to get through three different doors with the pick-axe before the homeowner took him down.

The case will be forwarded to a grand jury for review, but the homeowner likely won’t be charged, since it appears he acted in self defense.

Meanwhile, after reviewing the evidence at the scene, police are looking for a second suspect believed to be involved in the attempted home invasion. No description of this person has yet been released to the public. 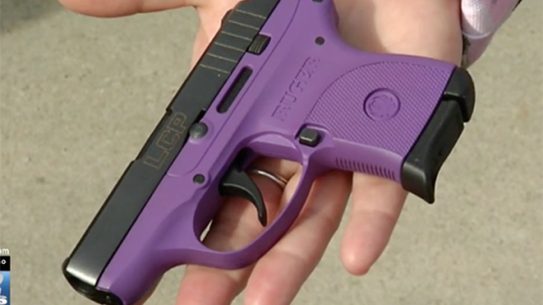 A would-be carjacker in Boise, Idaho bolted from the scene once he saw his...