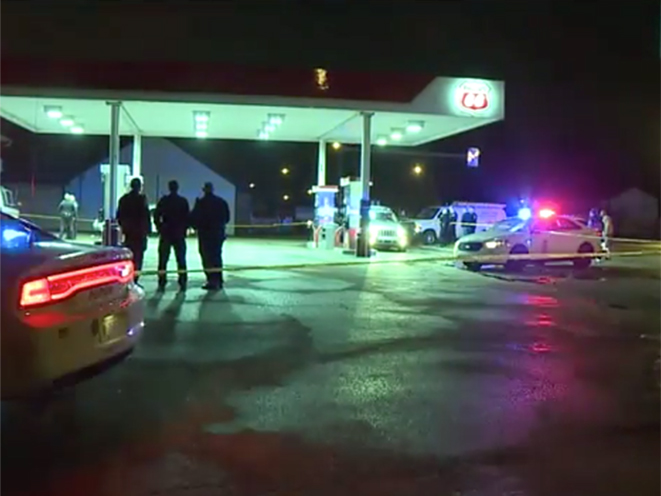 An armed robber tried to hold up a gas station on the south side of Indianapolis and ended up getting shot dead by the station owner who was working behind the counter.

It all went down last Monday night at around 11:40 p.m. 20-year-old Levi Walker walked into the Phillips 66 gas station on the 3200 block of S. Keystone Ave., produced a gun and started demanding money.

Unfortunately for Walker, the owner of the gas station happened to be packing, too. He drew his firearm and shot Walker at point blank range.

Walker managed to stumble outside, where he collapsed and died in the parking lot. His cause of death was later determined to be two gunshot wounds to the torso.

“When our officers arrived, they spoke with the clerk who stated that the individual that was deceased in the parking lot had come into the business to rob him, at which time our clerk felt the need to shoot our potential armed robbery suspect, and that suspect then fled out of the business where he fell deceased in the parking lot,” said Major Richard Riddle with the Indianapolis Metropolitan Police Department.

Brian Nordby, a customer who was in the store at the time of the shooting, backs up the owner’s version of events.

“The guy came in and he had a gun on him. He demanded money and things went bad,” Nordby said.

“I have seen what went on and in my eyes it’s self-defense,” Nordby added.

Another customer, Mark Simpson, agreed that the station owner was justified in pulling the trigger.

“You know a man’s got the right to defend his life and his property. You take a chance if you’re the bad guy and go into a place to rob it,” said Simpson.

Indianapolis police are continuing to investigate the shooting and are reviewing surveillance footage from inside the gas station. Based on the facts surrounding this case, we can surmise that the station owner won’t be charged.

“This kind of sends a message that if you go in to rob somebody with a gun, they have all the right to self-defense. He defended himself and I’m glad he didn’t get hurt,” said Nordby. 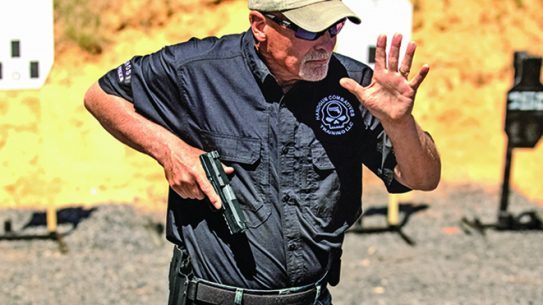 Step up your survival game with one of the best in the industry—Dave Spaulding.