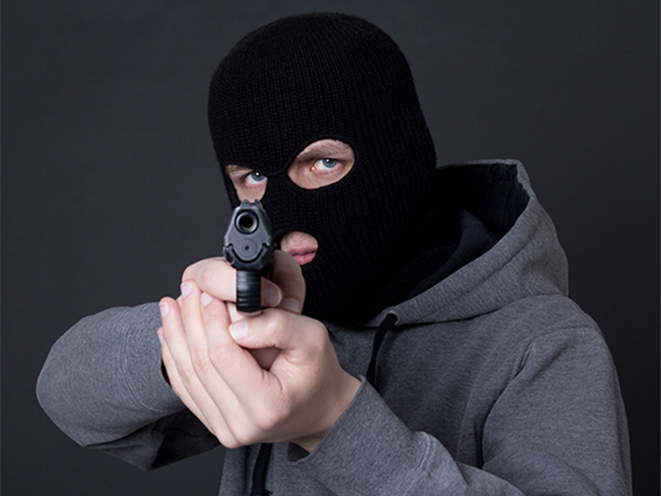 If you’re the owner of a convenience store, you probably have a hunch nothing good is going to happen when you glance at your closed circuit television and notice two men putting bandannas over their faces in the parking lot before coming into your store. And when those same two men pull out guns and start demanding money, well, let’s just say no further math is required.

That’s what happened to Hani “Sonny” Salha, owner of the In & Out Mini Mart in Yakima, Wash. Fortunately, by the time the two masked and armed robbers walked into the store and announced the robbery, Salha had already grabbed his .40-caliber Smith & Wesson pistol for protection.

After they threatened him, he fired two shots, which caused the suspects to immediately bolt from the store. One of the shots hit the lower part of the front door.

“I think that went between his legs,” Salha said.

Sasha called the police and neighbors came over to check on him.

Since both would-be armed robbers fled, it’s not known if either of them were shot. They’ve been described as being between the ages of 18 to 24 and 5 feet 3 inches to 5 foot 8 inches tall.

The Yakima Herald says the state Supreme Court found in 2003 that a person doesn’t have a duty to retreat requirement and may use lethal force if he or she is in a place where they have a right to be.

Still, police are continuing to investigate the incident.

In the meantime, it’s probably a safe bet to assume that Salha is glad he had that gun to defend himself.

“I would do whatever it takes to protect my business, my family and my customers,” Salha said. 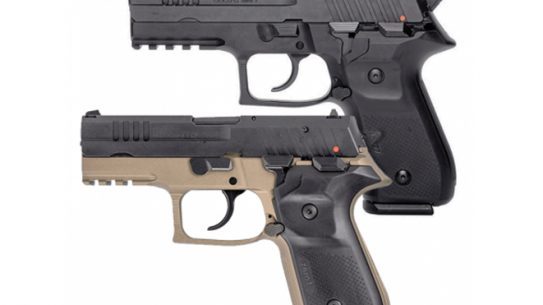 Slovenia-based Arex is offering a new compact variant of its Rex Zero 1 9mm...