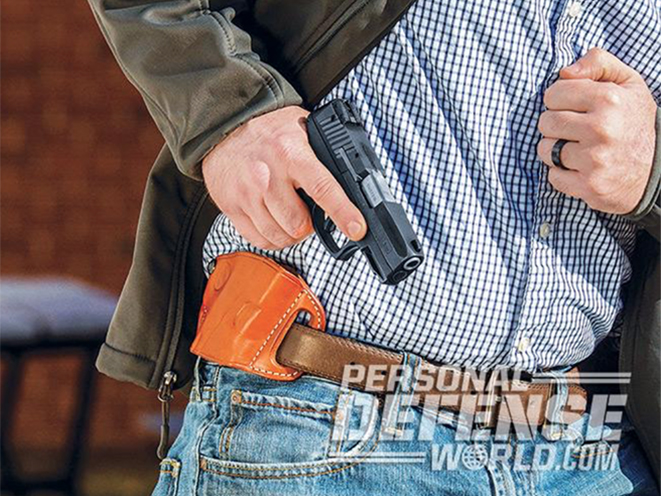 The constitutional carry train may be chugging along in 2017, but not everybody is hopping on board. South Dakota Gov. Dennis Daugaard has officially vetoed a bill that would have done away with The Mount Rushmore State’s concealed carry permit requirement.

“I am unaware of a single instance in which a person who could lawfully possess a gun was denied a permit to carry a concealed pistol,” Daugaard stated in his veto message. “Our permit laws are effective in screening people who are not eligible to carry a concealed weapon. Over the last three years, Minnehaha and Pennington Counties have turned down nearly 600 permit applicants who were disqualified due to mental illness or due to violent or drug-related crimes.”

Daugaard continues: “Proponents of this bill argued that our state concealed carry laws infringe on the Second Amendment right to bear arms. I respectfully disagree with that notion. As Justice Antonin Scalia wrote in his majority opinion in District of Columbia v. Heller:  ‘There seems to us no doubt, on the basis of both text and history, that the Second Amendment conferred an individual right to keep and bear arms. Of course the right was not unlimited, just as the First Amendment’s right of free speech was not.’  As an example of a lawful limitation Justice Scalia states that ‘prohibitions on carrying concealed weapons were lawful under the Second Amendment….'”

This isn’t the first time Daugaard has vetoed constitutional carry legislation. As Guns.com points out, he also shot it down in 2012 and had pledged to do so again should such a bill reach his desk this time around. In that regard, he delivered on his promise.

“As a longtime member of the NRA, I support the right to bear arms,” Daugaard  states in his veto message. “South Dakota’s current permit process is simple and straightforward, and permits can be obtained in a matter of minutes. It is paramount that our state protect the rights of our citizens while at the same time protecting the lives of our citizens.”

Daugaard also vetoed a bill that would have allowed law-abiding citizens with an enhanced permit to carry a gun inside the state Capitol building in Pierre. That measure, HB 1156, passed the House by a vote of 46-20 and the Senate in a 19-15 vote.

“On any given day, the array of people found in our historic State Capitol building includes elected officials, tourists, state employees, and school children,” Daugaard said in his veto message. “The protection we have in the building, from law enforcement officers in uniform or plain clothes, provides a secure environment. I am satisfied that our Highway Patrol is doing its job, and their important work would be made more difficult if others are allowed to carry weapons into the Capitol.

“The law enforcement officers who protect our Capitol building have specialized training which is repeated on a regular basis. This ensures when called upon, they are ready to make split-second and life-saving decisions. They prepare themselves mentally at the beginning of each shift, so they are ready to react appropriately should the need arise.” 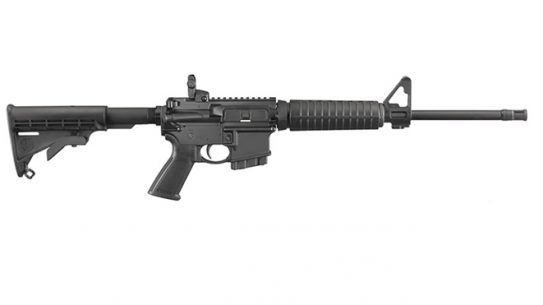 Available for sale in Colorado and Maryland, the latest variant of the AR-556 features...