A company out of Palo Alto, Calif. has developed a nifty little no-hands knife sharpener that takes the guess work — not to mention physical work — out of knife sharpening. Say hello to the Knife Robot.

As any knife owner undoubtedly knows, there are many different hobbies or jobs — from home cooks to outdoorsmen and professional chefs — that call for a sharp and durable blade. That’s where the Knife Robot comes in. The end user simply inserts the knife and lets the Knife Robot do all the work. Five minutes later, you’ll have a blade that’ll give you the edge over the competition.

According to the press release, the Knife Robot features seven motors that sense the knife shape in 4 DoF (degrees of freedom forward, backward, side to side) and, with its precision sander, it detects and removes the burrs based on the custom input of angle, speed and pressure. There’s a portable version for home cooks and hobbyists that lets you pick the sander motor speed and angle (10 to 45 degrees per side). You also have the option of choosing a different angle on each side and the amount of pressure (light, medium, hard belt pressure) and watch the action on a screen via a microscopic camera.

A built-in version of the Knife Robot is also available for professional kitchens which takes up a minimal amount of counter space. In this variant, the sharpening kit is built within the storage or cupboard area. It has a start and stop button and provides storage for your knives and automatically resharpens them based on usage, the press release says.

Between now and April 5, you can order the Knife Robot on Indiegogo for over half off the retail price. The first 100 customers can buy a portable Knife Robot for $279, with an estimated delivery of October 2017. After that initial run, the price goes up to $299. There’s also a Portable Limited Edition with black carbon fiber panels (only 300 will be made) for $599.

The built-in Knife Robot units for professionals are also available to order until April 5 at a retail price of $5,000 each. Estimated delivery for this option is December 2017. 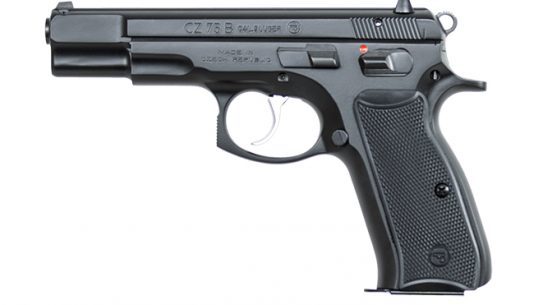