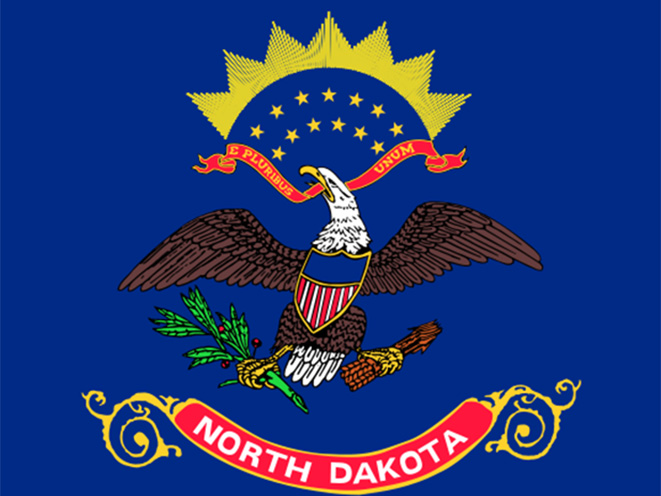 Good news: the constitutional carry train is back on track. Just days after South Dakota Gov. Dennis Daugaard vetoed his state’s constitutional carry bill, North Dakota Gov. Doug Burgum has officially signed his state’s permitless carry bill into law, making The Peace Garden State the 12th in the nation to allow its citizens to carry a concealed handgun without a permit.

The other states with constitutional carry laws on the books are: Alaska, Arizona, Idaho, Kansas, Maine, Mississippi, Missouri, New Hampshire, Vermont, West Virginia and Wyoming. Arkansas and Montana allow constitutional carry in a majority, but not all, of their respective states.

House Bill 1169 — which still mandates that concealed carry be off limits in schools and publicly owned or operated buildings — takes effect on Aug. 1, 2017.

See the official announcement from Burgum’s office below:

Governor Doug Burgum today signed legislation allowing law-abiding citizens to carry a concealed handgun if they have possessed a valid North Dakota driver’s license or state ID card for at least a year.

The “constitutional carry” authority provided under House Bill 1169 applies only within North Dakota’s borders. Those wanting concealed carry reciprocity with other states must apply for a Class 1 or Class 2 North Dakota concealed weapon license, for which the requirements remain unchanged.

Current law only requires an applicant for a Class 2 license to complete an open-book test, at a cost of up to $50, and undergo a criminal history records check.  Class 1 licenses require firearms training and additional requirements. Both licenses carry a $60 application fee.

Under HB 1169, anyone who is eligible to possess a Class 2 firearm license and has had a valid driver’s license or state ID card for at least a year may carry a concealed firearm. Law enforcement officials recommended the state ID language, as well as the bill’s requirement that anyone carrying a concealed weapon inform law enforcement of the weapon during a traffic stop or other contact.

Someone who has been convicted of a felony or crime of violence will still be precluded from carrying a handgun under this new law. Individuals who initiate the purchase of a handgun from a federally licensed dealer are still required to undergo a federal background check, which runs their name and descriptive information through three national databases.

“North Dakota has a rich heritage of hunting and a culture of deep respect for firearm safety. As a hunter and gun owner myself, I strongly support gun rights for law-abiding citizens,” Burgum said. “House Bill 1169 allows citizens to exercise their Second Amendment right under the U.S. Constitution. It also is consistent with the North Dakota Constitution, which declares in Article I that all individuals have the inalienable right ‘to keep and bear arms for the defense of their person, family, property, and the state, and for lawful hunting, recreational, and other lawful purposes, which shall not be infringed.’ ” 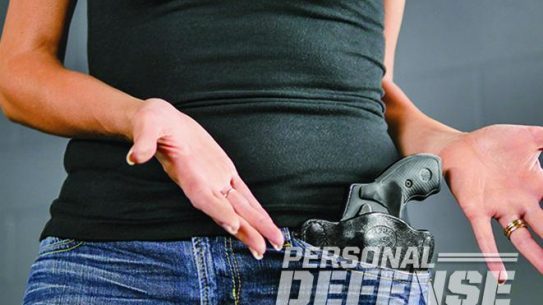 Pocket Carry Primer: What You Need to Know About Packing in Your Pocket

What you need to know before you drop a handgun in your pocket.