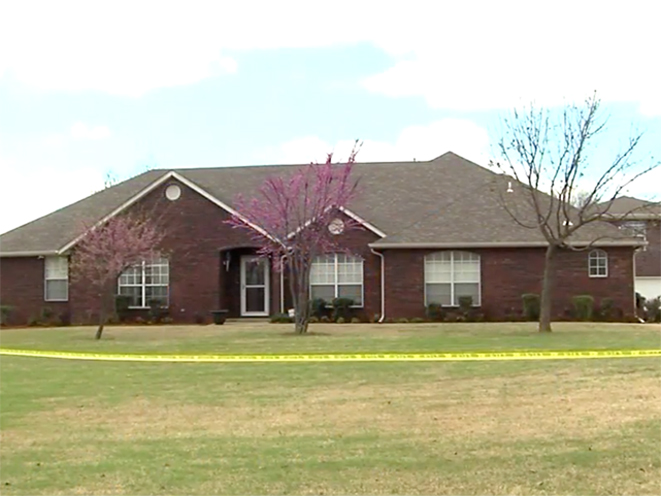 The son of an Oklahoma homeowner used an AR-15 to shoot and kill three masked intruders during a break-in on Monday.

The homeowner’s as-yet unidentified 23-year-old son told police he was asleep at the house in Broken Arrow when he was suddenly awoken by loud bangs — later determined to be breaking glass — coming from the back door.

The son grabbed an AR-15 and went to investigate. Right then, he encountered the three suspects in the hallway and, after a verbal exchange, opened fire.

Police arrived and found two suspects dead in the kitchen, while the third had managed to make his way outside before dying in the driveway. Wagoner County sheriff’s deputy Nick Mahoney said one of the deceased suspects in the kitchen was armed with a knife, while the other had brass knuckles. All three were wearing black clothing, masks and gloves, and all three were between the ages of 16 and 19.

Later on that day, a woman identified as 21-year-old Elizabeth Marie Rodriguez turned herself in to police after seeing media reports about the shooting. She reportedly drove the three suspects to the house and was going to pick them up after the burglary.

Rodriguez will likely be charged with three counts of first-degree murder and first-degree burglary. In Oklahoma, a person can be held responsible for the death of an accomplice — in this case three of them — during the commission of a felony.

The homeowner and son, meanwhile, are cooperating fully with the investigation. Neither reportedly had any connection to the intruders, and both went down to the Wagoner County Sheriff’s Office to make formal statements.

Police are continuing to investigate, but based on what we know about this case, it doesn’t appear that the homeowner’s son will be charged. Oklahoma has a “Make My Day” law that allows a person to use lethal force if an intruder has entered, or is in the process of entering, the home. 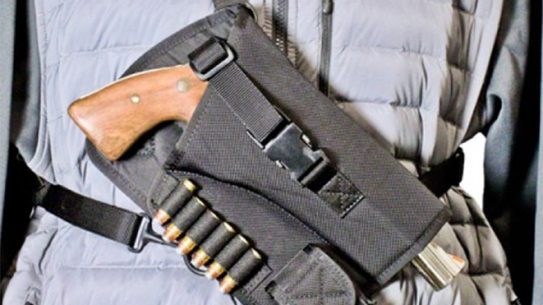