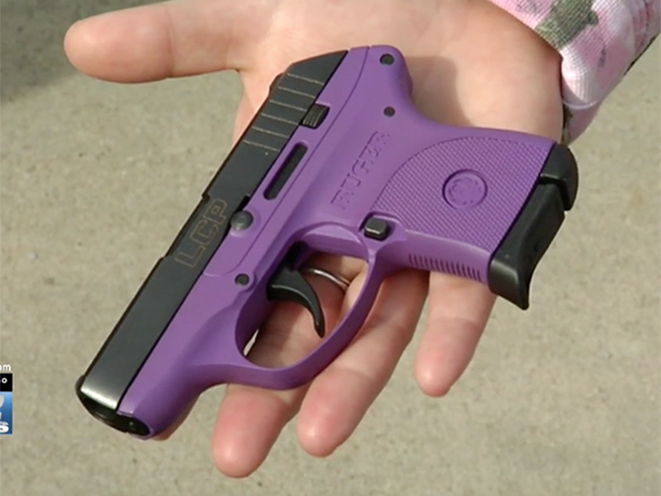 A Boise, Idaho woman scared off a carjacker with this Ruger LCP she keeps in her center console.
(Photo by KBOI)
Comment(s)

A carjacker got a nasty surprise when he violently attacked a woman in Boise, Idaho: she was packing a Ruger LCP. He bolted at the mere sight of it.

It all began when the unidentified woman dropped off her nine-year-old daughter last Monday at around 7:30 a.m. She was making her way home when suddenly the suspect jumped in front of her car. She hit the brakes to prevent from hitting him, and the vehicle stalled.

The woman told CBS affiliate KBOI what happened next.

“He came to the driver’s side door of my car and opened it and demanded my keys and my purse and when I refused to give it to him he started hitting me in the head multiple times,” she said.

The violence continued before the woman appeared to relent.

“He got my face once, and my forehead once, and when that didn’t work he grabbed my hair and began pulling me out of my car and I finally said ‘OK, OK, that’s enough stop! I’ll give you my purse,” said the woman.

The carjacker stopped beating her, which is when the woman saw an opportunity to turn the tables.

“When I turned to give him my purse, I reached in my center console and I grabbed my gun and I pointed it at him, and it scared him off,” the woman said.

Once he saw the Ruger LCP in her hands, the suspect took off down an alley. He remains at large.

Good thing she travels with a firearm.

“He probably would’ve dragged me out of my car and kept beating me… I honestly don’t know if he would have stopped,” the woman told KBOI. 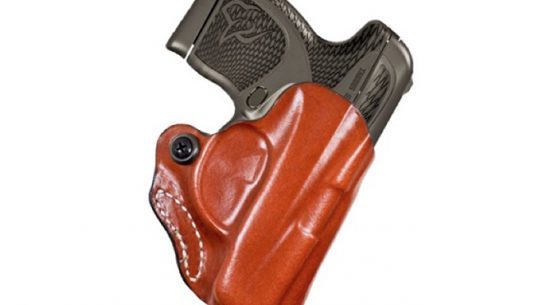 DeSantis Is Offering 10 Different Holster Fits for the Taurus Spectrum

DeSantis Gunhide is prepping for the upcoming release of the Taurus Spectrum with 10...