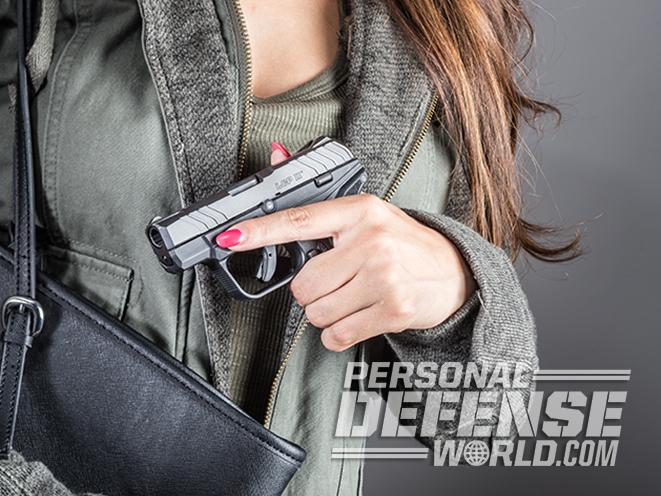 1 of 7
Photo by Alex Landeen
Ruger LCP II
“It really shouldn’t have been a surprise when Ruger recently introduced the semi-auto LCP II in .380 ACP.” 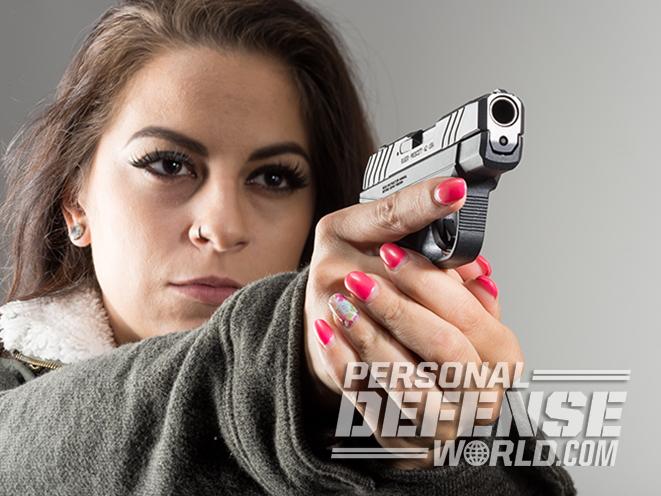 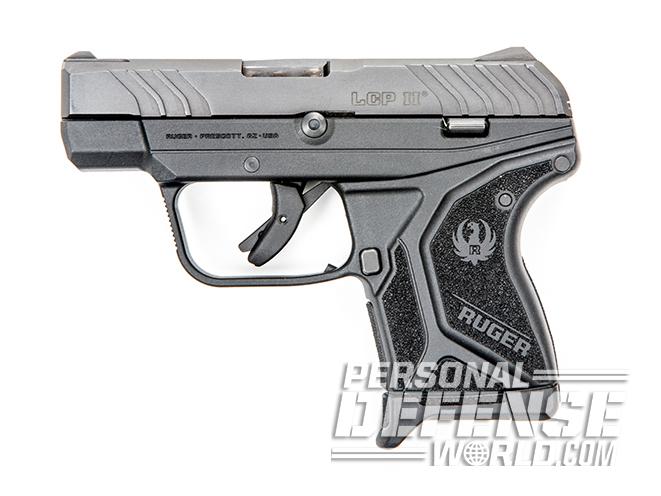 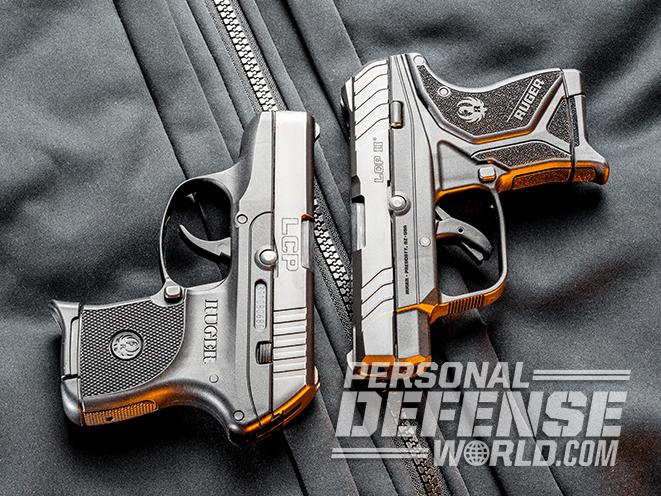 4 of 7
Photo by Alex Landeen
Ruger LCP II
The LCP II features a redesigned slide with new serrations at the front and rear. 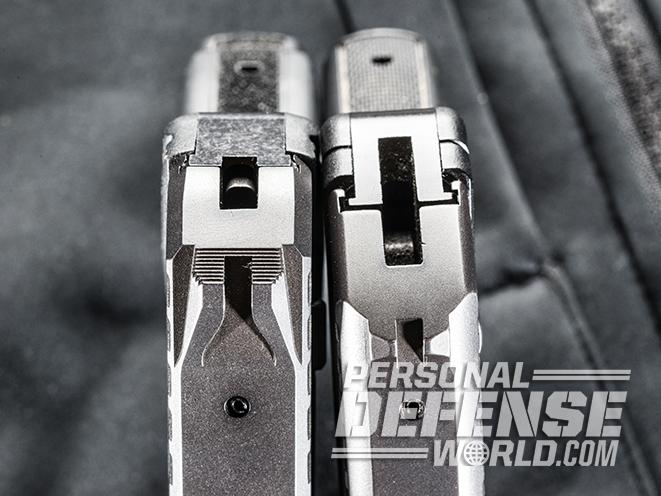 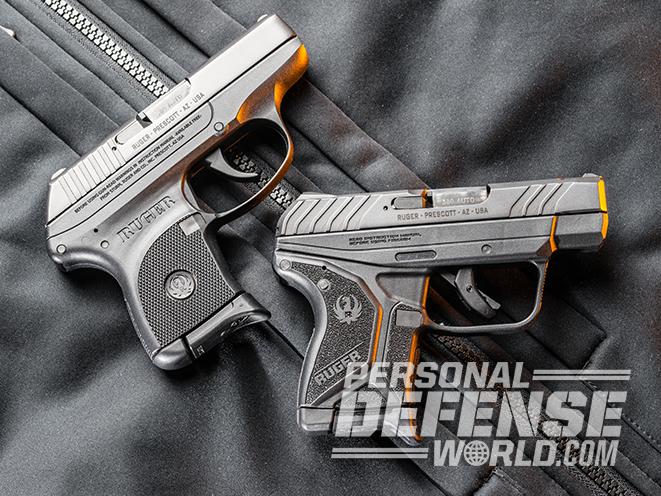 6 of 7
Photo by Alex Landeen
Ruger_LCPII_landeen-21
The LCP II also has a wider grip frame with new texturing. 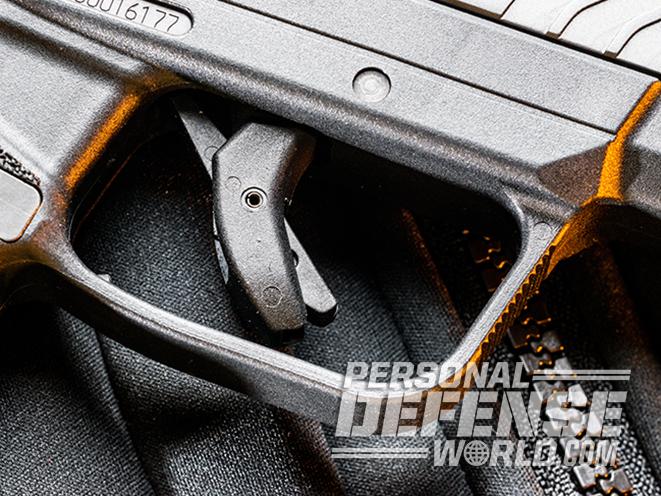 7 of 7
Photo by Alex Landeen
Ruger LCP II
The LCP II is a single action with a trigger safety toggle. 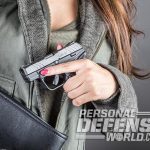 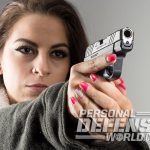 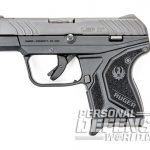 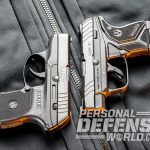 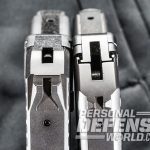 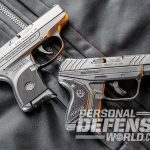 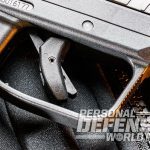 Not every firearms manufacturer is as responsive to customer feedback as Ruger, but then again, not every company is as successful as Ruger, either. When a company decides to revamp one of its best-selling guns, you know with certainty that its concern is providing consumers with the best product it is capable of building. So, it really shouldn’t have been a surprise when Ruger recently introduced the semi-auto LCP II in .380 ACP.

Ruger introduced the first LCP (Lightweight Compact Pistol) in 2008, and shooters found it to be an easy-to-carry gun. The little semi-auto utilized a polymer frame with an aluminum subchassis housing a double-action-only (DAO) fire control system. Its light weight and small profile made it a gun that could go just about anywhere, and it’s concealable in nearly every style of clothing. It was and still is an extremely popular CCW choice for those who just don’t want to pack a heavier gun. But nothing is perfect, and in its eight years of production, Ruger learned a thing or two from the people who carried LCPs.

While the Ruger LCP has plenty of mechanical accuracy, this means nothing if the gun can’t be shot accurately. There’s a huge difference between mechanical and practical accuracy, and one common criticism of the LCP was its heavy DA trigger. Also not aiding in the accuracy department was the LCP’s sights. Designed more for snag-free concealment, the low-profile sights made shooting the little Ruger as difficult as the DA trigger. Even though the LCP fires the underpowered .380 ACP, its light weight and thin backstrap made shooting hotter defensive ammo downright unpleasant. It’s amazing just how much torque the little gun has with defense loads.

The new LCP II is an answer to all of these problems and criticisms. After studying feedback on the LCP, Ruger engineers went back to the drawing board in an effort to create a gun with the best features while still being very affordable. The LCP II is not just a cosmetically improved gun—it also has some important mechanical differences between it and its predecessor.

First to go was the LCP’s long and heavy DA trigger. My old LCP had a trigger pull of about 7 pounds and required about 0.7 inches of travel. The new LCP II has a single-action (SA) trigger that breaks with 4.25 pounds of pressure. It’s crisp and predictable and makes shooting with precision an easy matter. There is about 0.38 inches of take-up with light pressure until it reaches a point of more resistance. Adding the additional pressure and about another 0.25 inches of travel will break the shot. Ruger has also added a bladed trigger safety to the LCP II that must be fully depressed for the pistol to fire.

The original LCP really didn’t have traditional sights. Its sights were actually machined into the slide top and were low profile in design, as are the LCP II’s. The new contour of the LCP II’s slide actually adds about a half-inch of sight radius—a small but significant difference that can add to the user’s ability to shoot more accurately. Both the front and rear sights are serrated to reduce glare on the new model, and they present a bolder sight picture. Because the sights on the LCP II are machined into the top of the slide, there are provisions for windage or elevation adjustments; however, Ruger’s precise machining makes it very unlikely that you’ll need to adjust the sights.

Unfortunately, the same elements that made the LCP such a popular CCW gun also made it uncomfortable to shoot with the hotter self-defense loads. Even though the gun fires from a locked breech, its light weight and narrow backstrap could make the little gun an unpleasant handful. With a firm grip, I often found myself rearranging the gun in my hand after each shot. Ruger engineers made a couple of subtle changes on the LCP II to provide a solution to these issues. The width of the backstrap on the LCP II has been increased by about 0.15 inches. This seemingly small addition in girth has absolutely no ill effect on its concealability but goes a long way in making the gun more comfortable to shoot.

Like what you’re reading? Check out the rest of this article in ‘Pocket Pistols’ Spring 2017. For information on how to subscribe, visit outdoorgroupstore.com 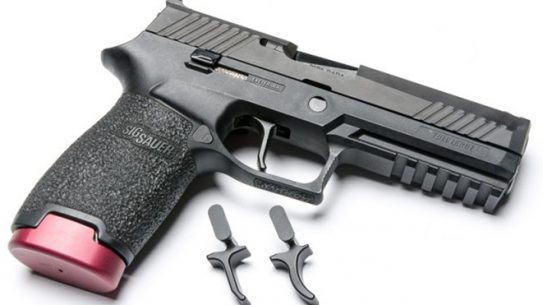 Apex is releasing two new triggers for the Sig Sauer P320, the first of...