Tale of the Tape: Devel Model 39-2 vs. Springfield XD-S

Legendary illustrator and custom gun and knife maker Kenny “Von Dutch” Howard—better remembered among hot-rodders as the “King of Pinstriping” and creator of the famous “Flying Eyeball,” and to TV Western enthusiasts as the man who built Steve McQueen’s Mare’s Leg for “Wanted: Dead or Alive”—once famously said that nothing he did, even his art, could be considered original.

“Everything is in the subconscious, we just ‘tap’ it sometimes and ‘think’ we have originated something.” How that applies to this “Tale of the Tape” is the true story behind today’s subcompact 9mm semi-autos and their origins back in the Cold War era as concealed-carry S&W Model 39s custom built for the CIA. 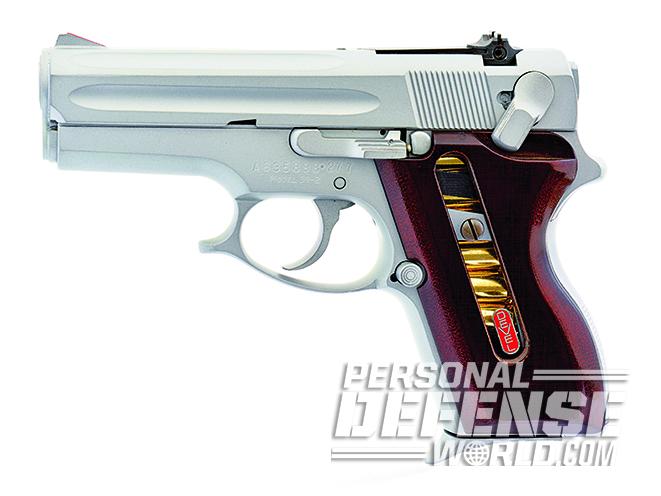 The S&W Model 39 was introduced in 1954, and the improved Model 39-2 came in 1971. Both used an aluminum alloy frames for lightweight carry. A cutting-edge design for the time, the 9mm Model 39 featured a double-action/single-action (DA/SA) trigger, a decocker and a single-stack, eight-round magazine. It was essentially the American equivalent of the groundbreaking Walther P.38. It was also the first commercially produced 9mm DA/SA semi-auto built in the U.S.

While the alloy-framed S&W pistols may have been lighter in weight at 28 ounces unloaded, they weren’t very compact handguns, with 4-inch barrels, overall lengths of 7.6 inches and heights of 5.5 inches. They were carried by Navy SEAL teams and Naval Special Warfare units as well as some local and state law enforcement agencies just beginning to make the switch from revolvers to semi-autos.

The guns appeared in both standard and modified configurations for the Navy, but not smaller in size. That took until the early 1970s when a custom gun and holster maker with government contacts created a scaled-down S&W Model 39 at the request of a U.S. government agency (which the gun’s designer, Paris Theodore, claimed was the CIA). The originator of the 9mm subcompact, Theodore was also the founder of Seventrees, Ltd., a company that developed special concealed-carry rigs for U.S. government agencies and the civilian market. He built around 250 of the modified S&Ws, which later came to be known as the ASP, an acronym for “Armament Systems and Procedures,” which eventually built production versions of the gun beginning in 1976.

The ASP design was a Theodore-modified S&W Model 39 (and 39-2) with a shortened barrel and slide, a shortened grip frame and a capacity of 7+1—just a single round less than a full-sized Model 39. In automotive parlance, the gun was “chopped and channeled.” But that is really simplifying what became an innovative and influential design. The ASP­ and the later and more elegantly styled Devel Model 39-2, designed by Charlie Kelsey and manufactured by Devel Corporation beginning in 1976, share numerous special features unique to the guns, including a shortened overall length of 6.5 inches, a shortened and re-contoured beavertail, a spurless hammer, a hooked triggerguard with the right side undercut for the trigger finger, a height of 5 inches, a reduced weight of 25.5 ounces unloaded and a concealment-ready 4-inch barrel.

The grips on both versions were made of Lexan or Micarta with a clear center channel that allowed one to look into the skeletonized magazine and see the number of remaining rounds. The shorter magazines also had a finger extension to ensure a full-hand grasp on the shortened grip frame. The ASP used slide cuts to reduce the weight of the pistol and redistribute the balance of the slide, while Kelsey and Devel went with a more elegant channeling of the slide to reduce weight. The Devel also used a slightly longer triggerguard extension for a stronger two-handed hold and retained the S&W’s sights. Theodore’s ASP did away with the S&W sights and used a large, angled “guttersnipe” or trough with a highly visible yellow channel, and no front sight.

The black Teflon-S-finished ASP was designed for unrestricted concealed carry and close-quarters situations, whereas the Devel was less covert with a smooth-as-glass, hard-chrome finish and a sense of style that Theodore had eschewed for pure form-follows-function practicality. Both guns had custom-built skeletonized magazines, quick takedown barrel bushings, polished feed ramps and throated barrels—every upgrade needed to provide optimum performance in the field—but the top-of-the-line “Full House” Devel was an overall superior firearm that pioneered many designs still in use today.

Though no one will confirm it, Kelsey’s Devel Model 39-2 was the foundation for the S&W Model 469 and later 3913 semi-autos. In overall size, the ASP and Devel models were within fractions of an inch of today’s high-tech 9mm subcompacts, and mind you, this was still more than 30 years before the first subcompact 9mm pocket pistols were introduced by manufacturers like Ruger and Springfield Armory. 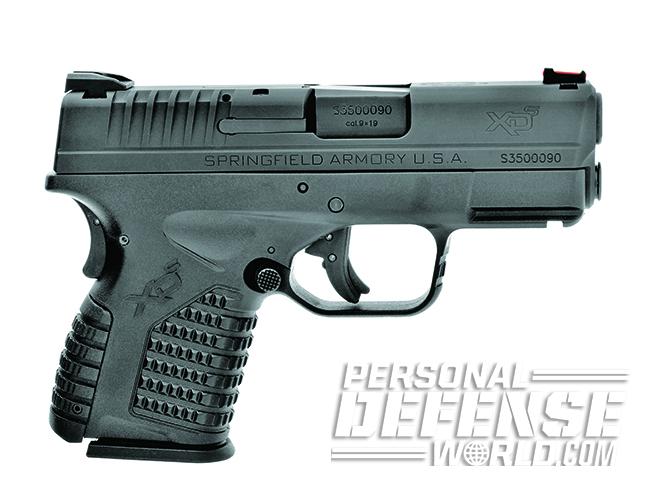 About the closest match for the Devel is Springfield Armory’s 9mm XD-S, which has a 3.3-inch barrel and weighs 23 ounces unloaded while measuring 6.3 inches long and 4.4 inches tall. Its capacity is identical to the ASP and Devel at 7+1. Inch for inch, the Devel was only 0.2 inches greater in length, 0.6 inches taller, 0.3 inches wider and 2.5 ounces heavier. Of course, this was before the advent of polymer frames, when aluminum alloy had to suffice.

The XD-S is a technological wonder when compared to the S&W Model 39-2 of the 1970s. The Springfield 9mm delivers excellent handling and surprisingly modest recoil because it was originally built to tame heavy-hitting .45 ACP cartridges. Sacrificing none of the .45 XD-S’ features, the 9mm’s center of balance in the hand, combined with an energy-absorbing recoil spring and guide rod design, helps mitigate a significant amount of recoil and muzzle flip, making the XD-S more controllable than the majority of 9mm subcompacts, even the heavier Devel.

The 9mm XD-S is accurate, easy to handle and fits in your pocket just a shade better than a Devel would with its oversized triggerguard. The 3.3-inch barrel is 0.2 inches shorter than the Devel’s, and the Springfield is narrower overall. And like Paris Theodore and Charley Kelsey’s 9mm subcompacts, the XD-S has smooth edges unlikely to catch on clothing or impede your draw or reholstering.

What technically and functionally separates these two guns is their operating systems, and while both employ a variation of the short-recoil, locked-breech, tilting-barrel design, the ASP and Devel had two great characteristics that many of today’s subcompacts lack—a DA/SA trigger and a decocking mechanism. The XD-S offers Springfield’s superb dual safety system comprised of a blade trigger safety and a frame-mounted grip safety. Bear in mind, however, that the fundamentals of the Springfield’s trigger system safety didn’t even exist when the ASP and Devel guns were built.

The ASP and Devel used an S&W-based hammer-fired action while the XD-S uses a more contemporary striker-fired system. To test their accuracy, I fired both guns with Sig Sauer’s Elite Performance 115-grain FMJ ammo at 7 yards.

The Devel’s DA trigger pull was over 12 pounds, but after the first round, the trigger’s take-up was only 0.5 inches with 4.4 pounds of resistance to a clean, crisp break. The Springfield’s Ultra Safety Assurance (USA) trigger also had 0.5 inches of travel, and the trigger remained crisp and consistent, requiring a nominal 6.75-pound pull on average. The Devel’s heavier weight and construction solidly fills the hand, and the S&W sights are as good today as they were decades ago, plus Devel added a red stripe to the front ramp for faster targeting. The Devel’s best five-round group measured 1.02 inches. The 9mm XD-S, with its red fiber-optic front sight and white-dot rear sight, created a tight 1.45-inch group.

With equal capacity, nearly identical size, ease of handling and accuracy, the Devel and 9mm XD-S are separated only by time and technology. Of course, ASPs and Devel are rare collectibles today costing thousands of dollars, while an XD-S is available for a very reasonable $599. Thus, this “Tale of the Tape” is better measured in decades and dollars than in ounces and inches.

This article was originally published in ‘Combat Handguns’ February 2017. To subscribe, visit outdoorgroupstore.com.