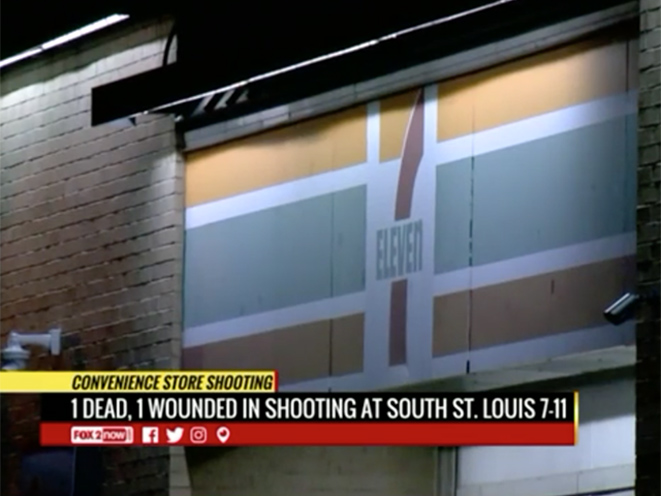 A 7-Eleven worker in St. Louis got into a gunfight with a would-be robber, shooting and killing the armed suspect in self defense.

The employee stepped out of the 7-Eleven store for her smoke break at around 3:50 a.m. when she was suddenly approached by an armed man who announced a robbery. Unfortunately for him, the worker was also packing. She drew her gun and opened fire, shooting the suspect in the chest, arm and thigh.

The armed robber — later identified as 30-year-old Derrell L. Mayes — was transported to St. Louis University Hospital, where he died from his injuries. He has a rap sheet that includes multiple charges for burglary, assault and gun possession.

The unidentified woman, 35, was shot twice in the leg during the shootout. She was conscious and breathing when she was taken to an area hospital, and she’s currently listed in stable condition.

The woman has reportedly worked at the 7-Eleven for years and is well-liked by her fellow employees. One of those employees, Brian Richardson, said the store has been robbed before, but this is the first time he’s heard of anybody getting hurt. He also said he didn’t know the woman owned a gun.

“But I think anybody would defend themselves if they were in her position,” he stated.

Another 7-Eleven worker, Davon Dodson, said the area was generally quiet and safe, but “if you’re looking for trouble, though, you may find it.”

Dodson has had prior interactions with the woman involved in the shooting and describes her as easy to talk to.

“I was glad she protected herself,” he said. “We’re calling her a she-ro.”

Shane Mack, who lives around the corner from the 7-Eleven, described the woman as a mother who worked hard and was nice to customers. He also said the armed robber “deserved what he got” when he tried to rob her.

“It’s unfair,” he said. “She ain’t done anything wrong. She was just taking a break and he attacked.” 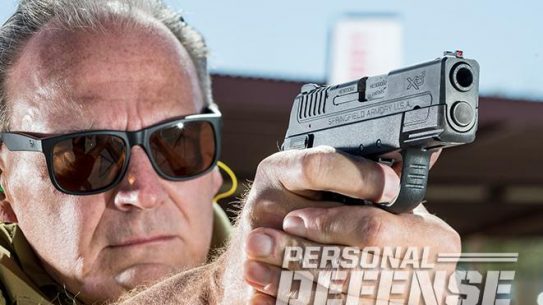 In the wake of its highly successful striker-fired pistols, Springfield is carving a new...