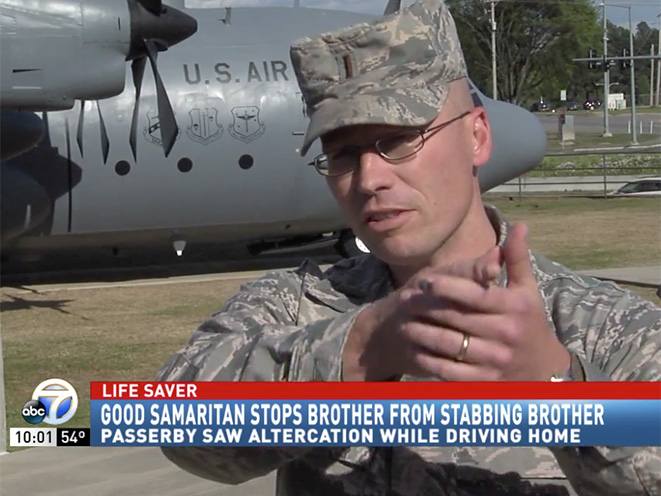 An Air Force lieutenant with a concealed carry permit has been credited with saving the life of a man being stabbed by his brother in Austin, Arkansas.

Police received a report of stabbing at a house on Marie Lane at around 6:30 p.m last Monday. Upon arrival at the home, they discovered 47-year-old Darren Terry with three stab wounds.

Also present at the scene was Darren’s brother, 30-year-old Chris Terry, who was taken into custody and charged with first-degree domestic battery. He’s now at Lonoke County Jail on a $10,000 bond.

Darren was taken to an area hospital for treatment. He’s expected to survive his injuries.

The man who reported the crime to police was identified as 35-year-old Lt. Brandon Teel. Teel — who is currently on active duty with the U.S. Air Force Reserves 189th Airlift Wing at the Little Rock Air Force Base — was coming home from work when he happened to witness the fight between the two brothers, which had apparently spilled out onto the street.

Upon realizing the severity of the scuffle, Teel drew his handgun — which he has a valid permit for — and held Chris there at the scene while he dialed 911 and waited for the authorities to arrive.

“Lt. Teel is a perfect example of a responsible concealed carry permit holder. He acted heroically in the face of extreme danger and avoided a tragedy,” Chief Bill Duerson of the Austin Police Department said. 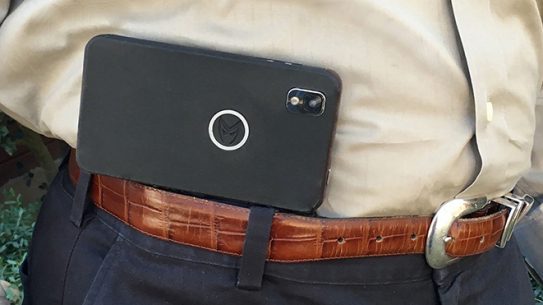 The Pistol Mask Holster: Looks Like a Cell Phone, But It’s Not

The Pistol Mask IWB holster makes it look like you're carrying a cell phone...