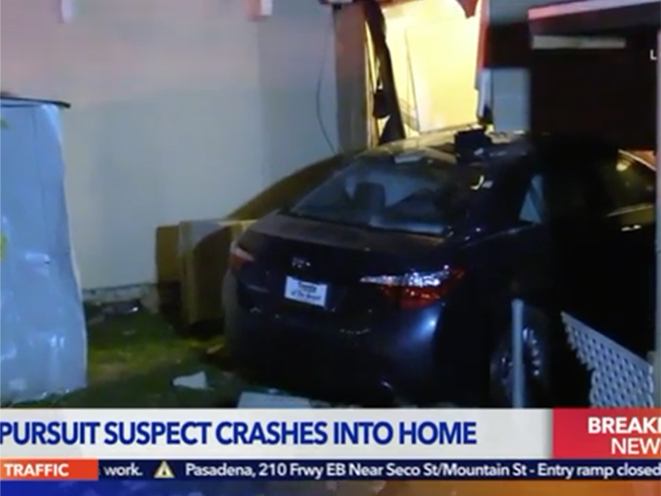 Imagine you’re about to turn in for the night when suddenly a car slams into your home. Sounds like something out of a movie, right? Well, a California homeowner experienced that exact scenario last week, holding the car thief at gunpoint until police arrived at the scene.

Cris Maradiaga, who lives in Fountain Valley, said he and his wife had stayed up late to celebrate his birthday and were going to call it a night when suddenly they both heard two large crashes. Those crashes were the sound of a car slamming through a wall surrounding his property, and then into a guest bedroom where a visitor was sleeping. She underwent treatment at an area hospital but didn’t suffer any major injuries.

There were four people in the car at the time of the crash. Two of them took off immediately afterward, while Maradiaga encountered the other two when he went to investigate.

“I came out and there was two guys that were trying to get in through the house,” Maradiaga said.

Maradiaga’s wife went to check on their baby daughter and he went to grab his gun. He then confronted one of the suspects, holding him there at gunpoint until police got there about a minute later. The other three were caught shortly thereafter.

As it turns out, police had tried to pull the car over for a code violation at around midnight, but instead of complying, the driver sped off, leading police on a chase that ended with the crash.

Upon inspecting the vehicle — which had actually been stolen out of Anaheim — police found three firearms, as well as cocaine and methamphetamine. Another gun was found in a neighboring yard where one of the suspects tried to hide.

No serious injuries were reported as a result of the incident. 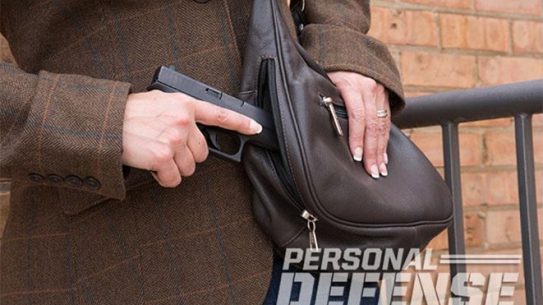 Texas and Alabama are taking steps towards becoming the next constitutional carry states.