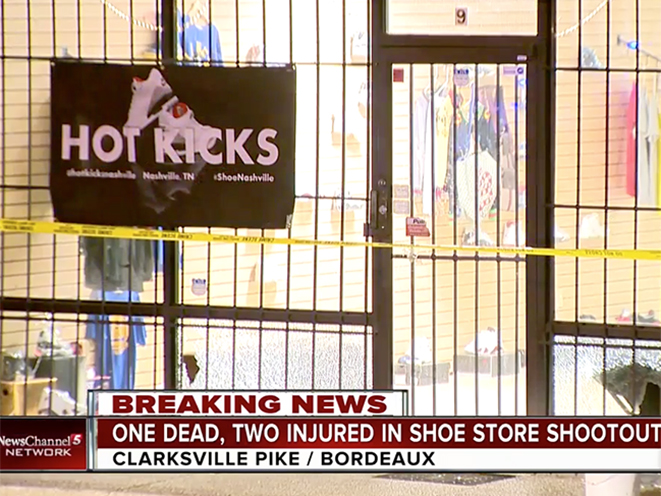 It’s becoming increasingly dangerous for criminals to carry out their usual deeds as a result of everyday citizens fighting back. In Nashville, a trio of armed robbers burst into a neighborhood shoe store and started firing. Thanks to the actions of one of those everyday citizens, two landed in the hospital and one is in the morgue.

It all went down last Thursday at a shoe store called Hot Kicks located in a Strip Mall in Nashville’s Bordeaux neighborhood. A group of people were in the store at around 11 p.m. when police say three armed bad guys entered through an unlocked back door and started unloading.

The tables were quickly turned on the armed trio when one of the quick-thinking people in the store — identified as 22-year-old Myles Owen — managed to wrestle a suspect’s gun away and open fire on all of them.

The three armed robbers fled the Hot Kicks store and police arrived shortly thereafter, finding one of the suspects — 19-year-old Damelvian Evans — injured nearby with multiple gunshot wounds. Evans was transported to Vanderbilt University Medical Center, where he died of his injuries.

Two other suspects, Ricky Starks and Dwight Mason Jr., both 18, turned up at another hospital nearby with gunshot wounds. They’re both expected to survive.

The investigation into this case is still ongoing. Based on the facts as laid out by police and multiple news reports thus far, this looks like an instance where an everyday citizen saved the day against three armed bad guys. 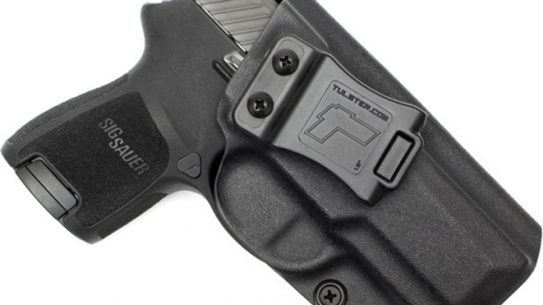