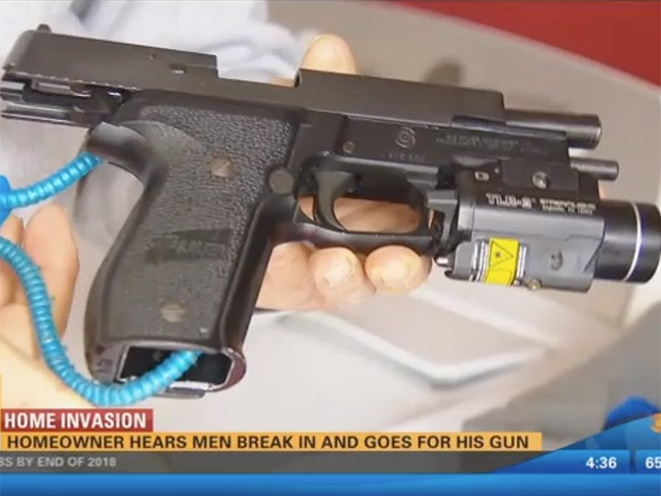 It’s the middle of the night and you’re sleeping soundly. Suddenly you’re jolted awake by suspicious noises coming from downstairs. You realize there’s somebody in your house. What do you do? Well, if you’re anything like the San Diego homeowner we’re about to introduce you to, you grab your gun, head downstairs and give the home intruder a greeting in the form of multiple rounds from your Sig Sauer.

The aforementioned homeowner, identified only as Kurt, is a financial advisor who sits on the condo board in his building. Kurt told CBS affiliate KMFB he was asleep at around 3:45 a.m. early last week when he heard a rumbling downstairs and quickly sat up in bed.

“There was a flash of light so I knew there was someone in the home,” Kurt said.

Nervous and on full alert, Kurt grabbed his gun and went to check it out.

“As I was coming down the staircase I have the laser on,” Kurt explained. “There seemed to be more rumbling and someone was in the foyer and living room and that’s when I fired.”

Kurt said he fired three shots at the two suspects inside his home. The intruders fled the scene. Police don’t think they were hit by any of the rounds.

Kurt’s front window was shattered by bullets and his nail gun was stolen during the break-in — which he believes occurred as a result of him accidentally leaving his garage open — but he thinks the bad guys got the message.

“Will they come back again? Probably not,” said Kurt, who told KMFB that he’d be much more vigilant from here on out.

Police are continuing to investigate and haven’t made any arrests in this case. 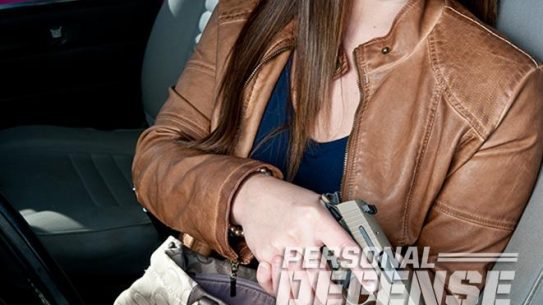 Charting the concealed carry laws for all 50 states (plus Washington, D.C.) in 2017.