It’s time to break out the champagne if you’re a gun owner in Iowa: Gov. Terry Branstad (R) has signed a sweeping measure into law which greatly expands the Second Amendment rights of citizens in the Hawkeye State.

According to the NRA-ILA, House File 517 includes a Stand Your Ground provision, which basically ensures that a law-abiding citizen doesn’t have a “duty to retreat from any place where the person is lawfully present” before defending themselves with force.

Under HF 17, it’s also now legal for Iowans with permits to carry a handgun in the state capitol building; children below the age of 14 can handle pistols or revolvers under direct parental supervision; ownership and use of short barreled rifles is legalized and the records containing the names and addresses of concealed carry permit holders are to be kept confidential.

In addition, HF 17 protects the rights of gun owners in Iowa by stripping away the power of any government official to “prohibit, regulate or curtail the otherwise lawful possession, carrying, transportation, transfer or defensive use of firearms or ammunition, or to seize or confiscate legally possessed firearms and ammunition” during a state of emergency, the NRA-ILA says.

The Hill says HF 17 also lets concealed carriers show proof of a permit at a later date, a reversal of a state law that made leaving a concealed carry permit at home a misdemeanor.

Most provisions of the bill take effect on July 1, but a couple — permit privacy and children under 14 handling firearms — go into effect immediately. 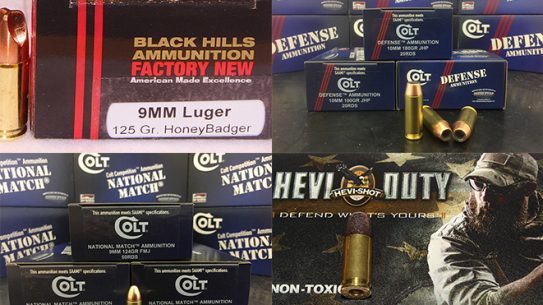 Taking stock of some of the best new ammo at the 39th annual SHOT...