When most shooters think of Gunsite Academy, they envision defensive handgun training. It’s true that when Colonel Jeff Cooper settled the Gunsite Ranch in Paulden, Arizona, and started the American Pistol Institute in 1976, his focus was on the defensive handgun. However, as Gunsite grew, defensive shotgun training was incorporated into the curriculum. In his 1998 book “To Ride, Shoot Straight and Speak the Truth,” Col. Jeff Cooper wrote, “To be used most efficiently, the shotgun requires certain technical and training factors that are not widely understood.” 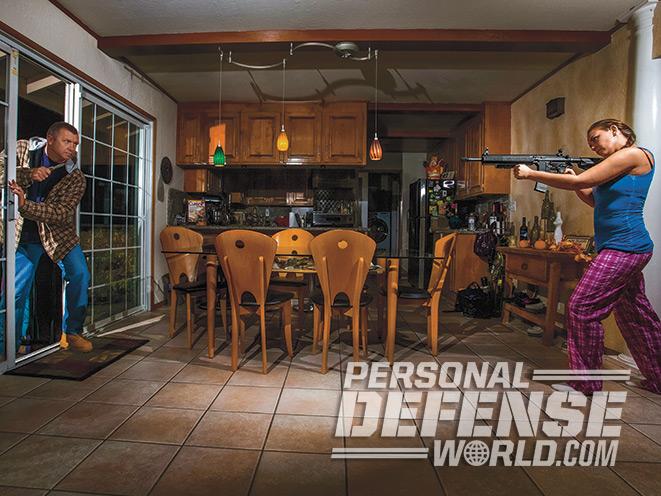 He was correct then, and that axiom remains true today. Too many—including some police officers—shun shotgun training. That’s partly because of recoil and partly because, for most, it’s just not as fun as pistol or carbine shooting. A shotgun can be a practical, effective home-defense weapon, but you must know how to use it, and you have to know its limitations. Here’s a look at 12 technical defensive shotgun training tips, straight from Dave Hartman, Gunsite Academy’s training director. Pay attention, as your life could depend on it.

Seek some professional training on properly using your defensive shotgun. Gunsite Academy offers the three-day 260 Shotgun course for $ 1,160. People who complete that course can take the two-day Advanced Tactical Problems course for $805 or the one-day Shotgun Range Day for $175.

And remember, when you figure out your defensive shotgun, the defensive mindset is next. The gun is useless if you don’t perceive the threat. Don’t get caught in Condition White.