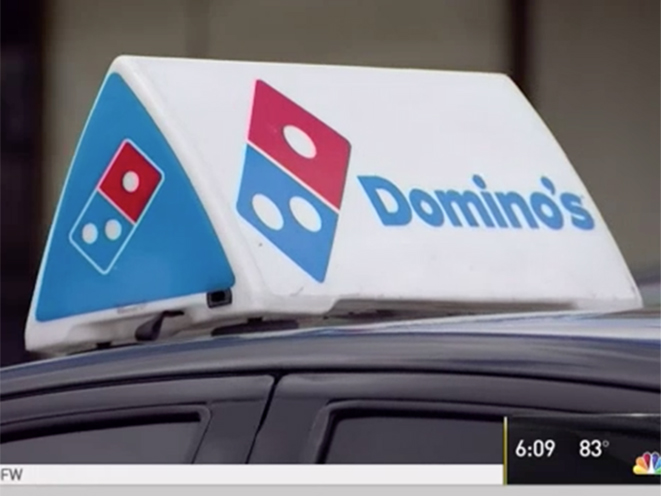 It’s becoming increasingly clear to us that being a pizza delivery driver is a potentially hazardous occupation. Case in point: a Domino’s driver in Mesquite, Texas, opened fire on a pair of robbery suspects while trying to make a delivery over the weekend. One bad guy was killed, while the other is now in handcuffs.

Lt. Brian Parrish of the Mesquite Police Department said the driver pulled up to a home in the 1400 block of Springwood Drive at around 11:20 p.m. and knocked on the door. Two people answered and one of them was armed. The armed suspect pointed his gun at the driver’s head, but when the driver didn’t immediately comply, he lowered it and fired a round off to the driver’s side.

What the would-be robbers didn’t realize is that this Domino’s delivery driver was also carrying a concealed handgun. After the suspect fired off that round, the driver drew his weapon and shot three times at the duo, striking the bad guy who had initially opened fire. The two fled the house through a back door.

One of suspects—16-year-old Robert Osborne—collapsed in an alley. He was found there by authorities and later pronounced dead. His unidentified accomplice—also 16—has been charged with aggravated robbery.

NBC 5 reported that the home was actually vacant, with the “For Lease” sign removed from the front of the house, presumably by the suspects. Police are investigating whether or not the duo is responsible for a string of pizza delivery driver robberies from earlier in the year.

Meanwhile, the Domino’s driver had an Arizona concealed carry permit, which is valid in Texas.

Domino’s Pizza—which has a strict “no guns” policy for its drivers—issued the following statement:

“The driver is cooperating fully with local law enforcement and the franchisee told me this afternoon that he will be offering the driver paid time off to give him a chance to deal with what was certainly a high-stress situation that, tragically, never should have happened. Nobody should ever have to confront a life-and-death situation while trying to earn a paycheck delivering pizza.”

Mesquite resident Joyce Coologhan, a friend of the Domino’s driver, described him as a “a real nice guy” and Air Force veteran who took the job in order to supplement his disability benefits.

“This was the job to help him get back on his feet a little bit, to pay his bills,” she said.

The investigation into the incident continues, but based on the facts, police said it looks like self defense. Still, the case will be forwarded to grand jury for review.

“We’re not the end-all, be-all when it comes to making this decision — the grand jury is,” Parrish said. “So we send it to the grand jury, and that group of independent people come to their own conclusion.” 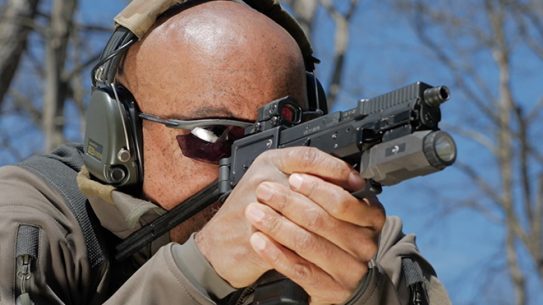 Pistol or Carbine? B&T’s USW Is a Hybrid 9 in its Own Category

Brügger & Thomet has created something truly unique with its USW (Universal Service Weapon),...