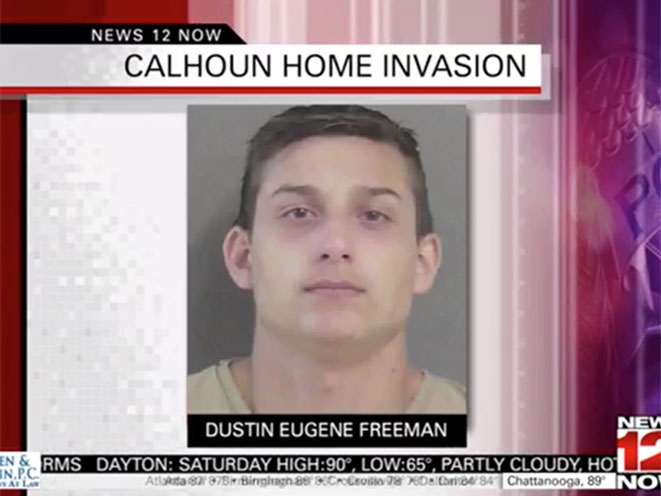 A pair of teenaged home invasion suspects are in handcuffs thanks to a homeowner who fought them off with their own weapons and armed neighbors who held one of them until police arrived.

The Gordon County Sheriff’s Office says the two bad guys staked out a home in Pine Chapel, an unincorporated community in Gordon County, on Wednesday night. At around 8:30 p.m., the duo—wearing masks and gloves and armed with bricks and a baseball bat—burst into the home and attacked a husband and wife as they sat down to eat dinner.

One of the home invasion suspects —identified later as 17-year-old Alex Alcantar—struck the husband with the brick. The violence wasn’t limited to humans, as the family dog was hit with the baseball bat after trying to protect its owners.

At some point, the husband managed to grab the baseball bat away from the other suspect—17-year-old Dustin Eugene Freeman— and knock Alcantar out with it. Sensing rightly that this home invasion wasn’t going as planned, Freeman immediately took off, but he was chased into the woods by a group of armed neighbors and held there until deputies arrived.

Alcantar was taken to Erlanger Medical Center for treatment and is expected to survive. Freeman was taken to Gordon County Jail. Both will be charged with home invasion, armed robbery, burglary and aggravated assault. Alcantar is also being hit with a cruelty to animals charge for his attack on the family dog, who is reportedly recovering. 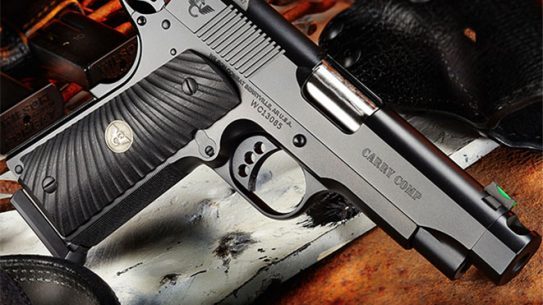 Wilson Combat has done it again with the Carry Comp Professional, a new carry...