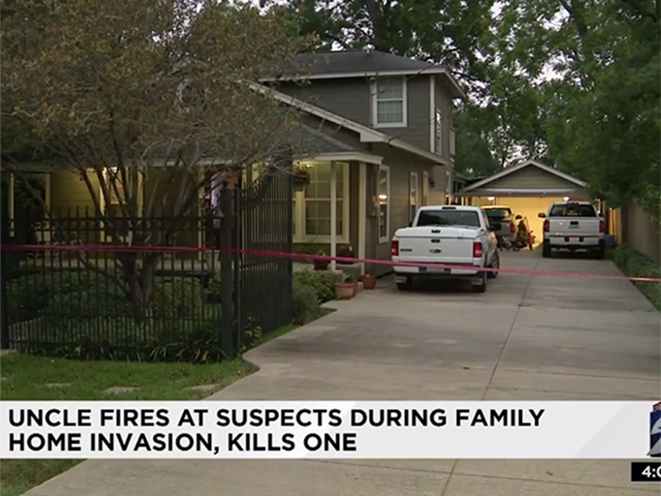 One Houston home invasion suspect is dead, another is injured and two more are on the run thanks to an armed man who sprang into action to save his relatives next door.

The terrifying ordeal began just before 4 a.m. on Tuesday in northeast Houston. 19-year-old Ruben Garcia and his twin brother Rene were asleep in their room when they were suddenly awoken by the sound of their parents screaming and struggling. Ruben and Rene tried to lock themselves in their bedroom, but they heard somebody say they’d shoot a family member if they didn’t come out.

Ruben and Rene opened the door and came face-to-face with four armed and masked suspects.

“I didn’t know what was happening until I saw the man holding a gun to my mom’s head,” Ruben said. “They held her hostage and they told me to get on the ground.”

The suspects used shoelaces to tie up Ruben, Rene, their mother and father, and 10-year-old sister.

At that point, the suspects began pistol-whipping Rene and his father.

“At first I thought they punched me or something, but then I saw there was blood on the carpet,” Rene said.

The suspects demanded to know where the family hid their money. When nobody complied, they held a gun to the mother’s head and started counting. That’s when one of the family members told the home invaders there was money hidden in the parents’ bedroom. Indeed, it was their parents’ “life savings,” Rene said.

The commotion from the home invasion caught the attention of Ruben and Rene’s uncle who lives next door. The uncle grabbed his gun and went over to see what was going on. Upon seeing one of the suspects beating a family member, he opened fire, wounding that suspect in the leg.

The other three home invaders saw what was happening and started running, but one of them turned around with a gun, so the uncle opened fire again, fatally wounding that bad guy. The remaining two suspects hopped a fence and fled from the scene.

Police arrived and arrested the wounded suspect, who they found hiding in some bushes nearby. Rene and his father were transported to an area hospital for treatment. The other family members were shaken but uninjured.

“He saved us,” Rene said of his uncle after returning home from the hospital. “I don’t think I would be here right now if he hadn’t come and saved the day.”

The investigation into this Houston home invasion is ongoing. Police couldn’t find any evidence that the suspects and victims were familiar with each other.

The two suspects who escaped remain at large. 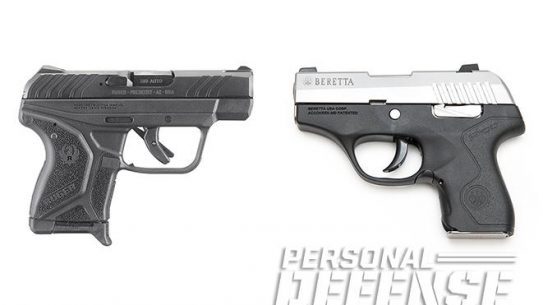